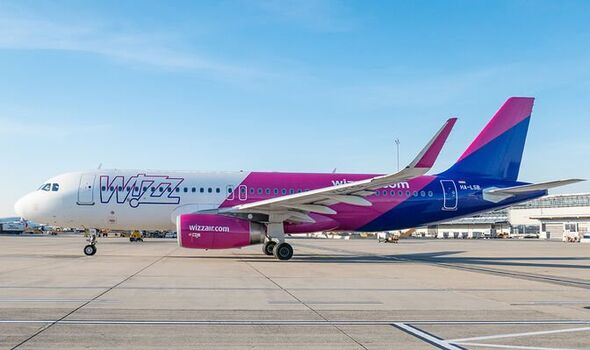 The budget airline has cited “macro-economic pressures” as the reason behind its reduced schedule. From September 19, the Hungarian airline will temporarily stop services to popular holiday destinations across Europe and further afield from Cardiff Airport.

Around 40 staff based at Cardiff are being offered employment at other UK airports until next April.

Wizz Air is expected to get in contact with all passengers who have been affected by this change so that they can have their travel options outlined to them, reports Wales Online.

While the news affects most flights due to take-off from Cardiff Aiport, the site in Rhoose will see flights travel to two destinations – Milan and Bucharest – over the winter season.

One would-be holidaymaker has already vented their frustration at the news, saying that the “absolutely shocking” decision will see many facing cancelled flights and ruined holiday plans.

Meanwhile, the Welsh Government has admitted that the development is “disappointing news”.

WizzAir only launched its base at Cardiff Airport in April this year, with airport bosses welcoming what it called “Europe’s fastest growing and most sustainable airline” in a move that represented “a real turning point for the airport in its post-Covid revival plan”.

At the time, Wizz Air’s managing director, Marion Geoffroy, said: “This is a very exciting time for Wizz Air in the UK as we celebrate the opening of our highly anticipated base at Cardiff Airport.

“By bringing our new and efficient Airbus A321 aircraft to Cardiff, we are providing a significant boost to the Welsh economy and creating jobs.”

Just four months on, the carrier has announced the news that it will halt most of those flights until 2023.

Speaking of the cancellations, Ms Geoffroy said: “We are very disappointed to have to suspend several routes from Cardiff Airport for the winter season.

“Though these routes have proved popular through the summer season, it would not be commercially viable to continue to operate them through this coming winter due to the challenging macro-economic environment. This leaves us with no option but to pause these routes until next spring.

“We are deeply sorry for the inconvenience this will cause customers who already booked flights with us. We are in touch with all affected customers to explain their options.”

The Welsh Government’s minister for climate change, Julie James MS, said: “The airline has stressed to the Airport Board that this is a temporary change to its operations at Cardiff Airport, and that it remains committed to resuming its scheduled summer timetable from Cardiff Airport from April 2023.

“Wizz Air has advised that it will offer its staff the opportunity to be re-deployed over the winter months to enable a swift return to Wales in April 2023.

“The agreement to operate from Cardiff Airport was a commercial decision between the airline and the Airport board.

“Whilst this is unfortunate timing, the Airport Board remains positive about its recovery from the pandemic as there continues to be significant demand for travel this year.

“My officials will continue to maintain a close and open dialogue with the Airport Board and despite this announcement I remain positive for the airport’s recovery and eventual growth.”