Gotheborg is an 18th-century Swedish East India Company ship which has made its first return to London since 2007 today. Anyone walking along the River Thames in parts of East London could be in with a chance of spotting the spectacular ship, but where is it right now? Here’s the Gotheborg route mapped and exactly where to find it once it has moored.

Where is the Gotheborg right now?

Gotheborg was spotted passing under Tower Bridge in London earlier this morning.

The incredible Swedish ship is expected to make its way across the River Thames throughout the day before mooring in Canary Wharf.

According to the official Gotheborg of Sweden website, the ship has been on the move since before 8.30am this morning. 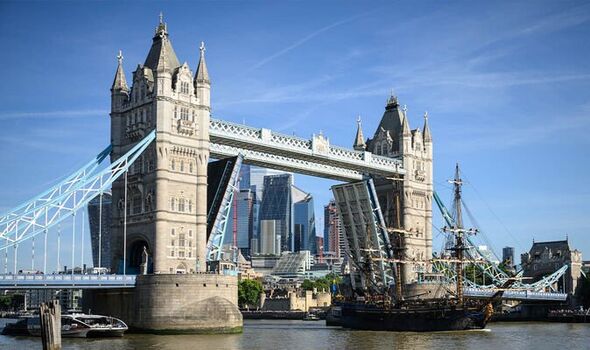 The ship made its way under the iconic Tower Bridge and is now expected to have reached West India Dock.

From here, the ship will continue to its final mooring at Thames Quay, South Dock in Canary Wharf.

Gotheborg has not been spotted in London for 15 years and is currently making its way home from the first Asia expedition.

The ship is open to visitors during the four-day stopover.