A lost kayaker, a Belgian battleship and colossal container ships: MailOnline sails by yacht from Dover to Dunkirk, a seven-hour voyage across the world’s busiest shipping lane

We suddenly got a warning on the VHF radio that a Belgian warship was within range and that we should keep clear.

We weren’t keen on tangling with it, so we swiftly checked the map and altered our course.

The warning came through as we steadily bobbed across the world’s busiest shipping lane on our way from Dover on the UK’s south coast to Dunkirk in France on a 45.9-foot-long (13.9m) sailboat. 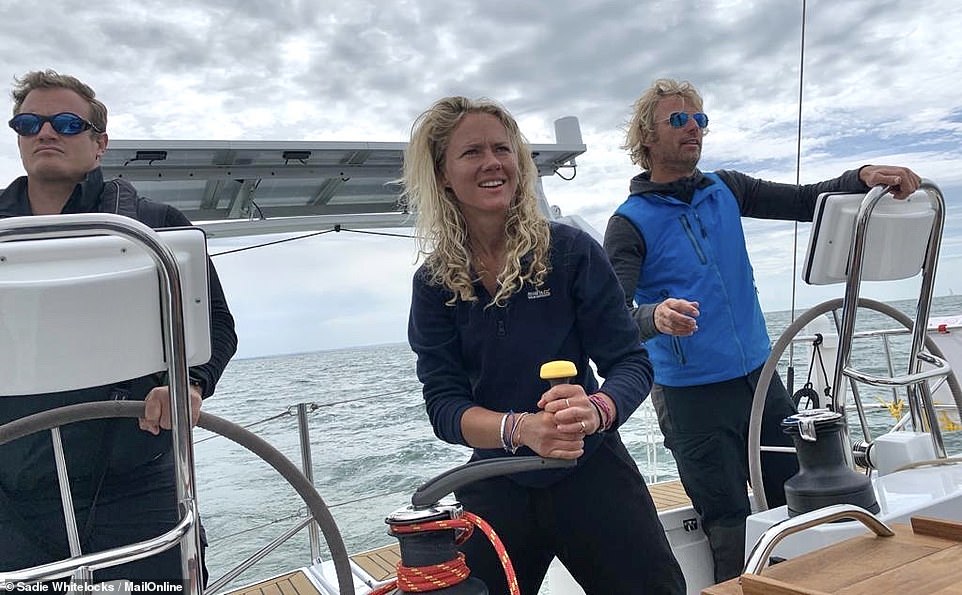 MailOnline Travel’s Sadie Whitelocks recently sailed from the UK to France on a 45.9ft sailing yacht. Above, Sadie helps trim the sails with the help of her crewmates 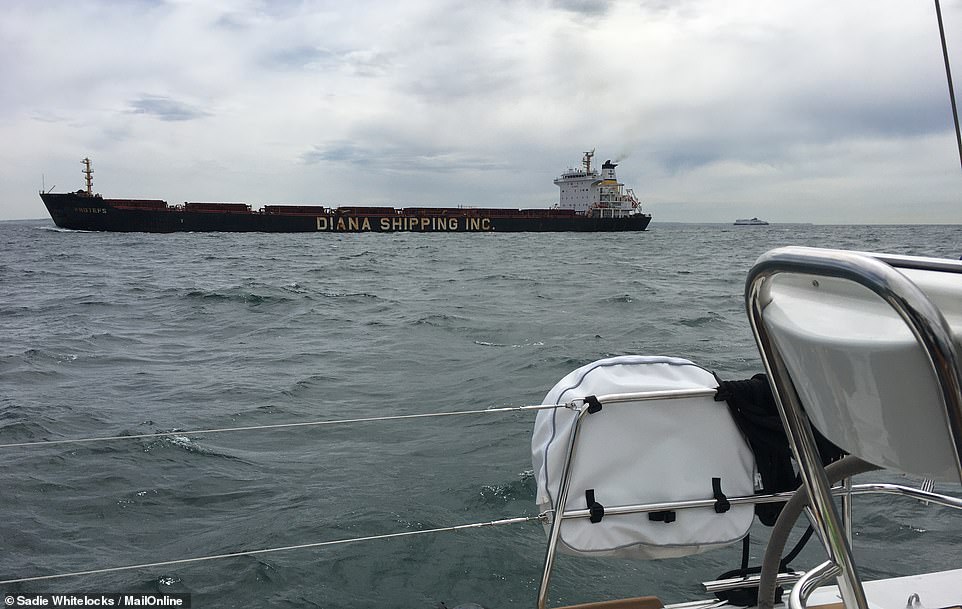 The Strait of Dover is the world’s busiest lane, with more than 400 commercial vessels – and 500 to 600 ships in total – passing through it every day 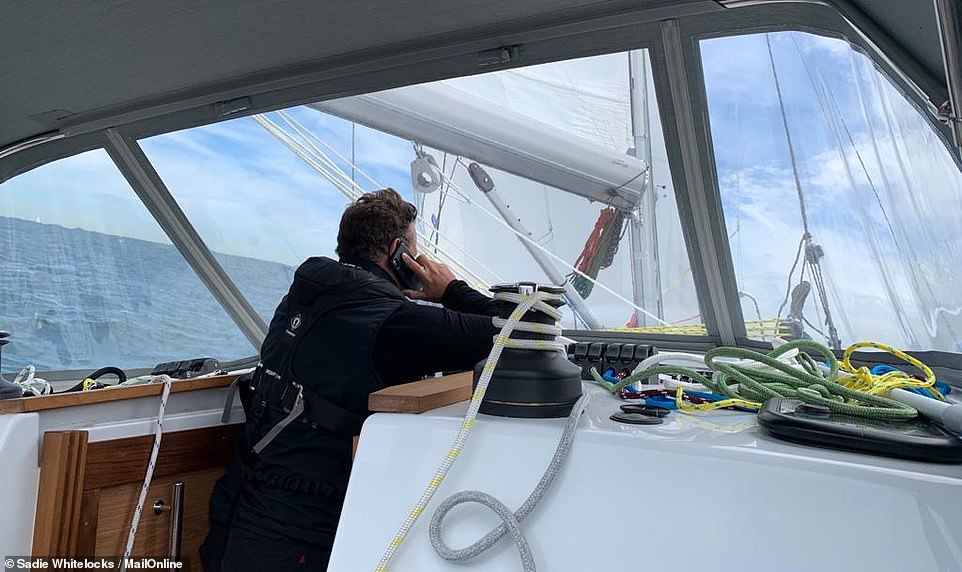 My friend, from Holland, had recently purchased the aluminium-hulled vessel from Allures shipyard in Cherbourg, France. I was with him and two other friends on a mission to sail it back to his home country after picking up some bespoke boat mattresses from the UK.

We weren’t sure what crossing the Strait of Dover, which forms the narrowest part of the English Channel, would be like as it is notoriously dangerous for several reasons.

And the Strait is home to wrecks, strong tides and moving sandbanks, which can ground the sturdiest of ships. 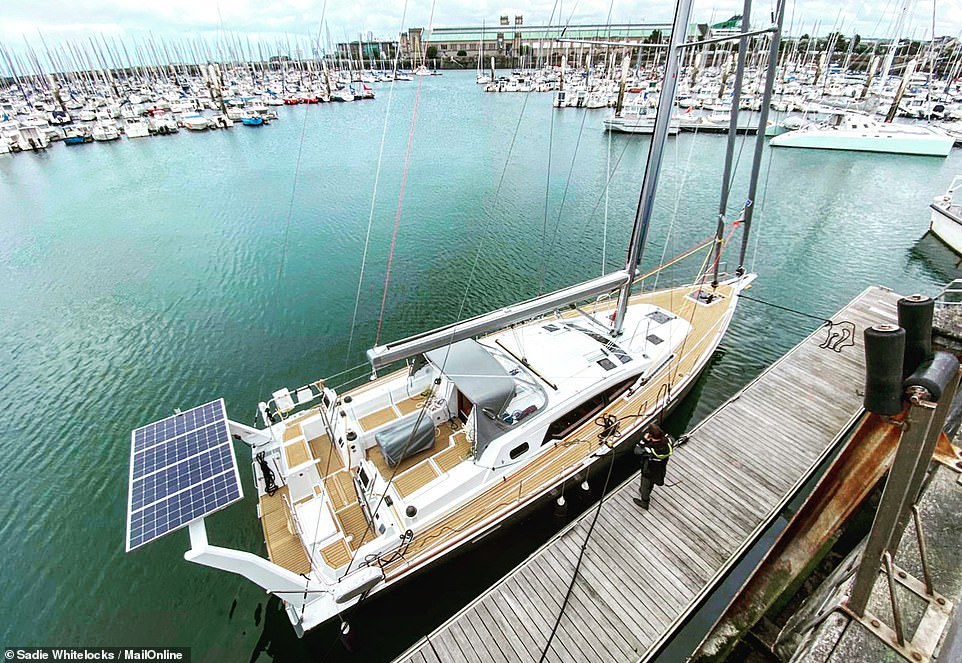 A view of the aluminium-hulled sailing ship in Cherbourg, France, where Sadie’s friend had the vessel built 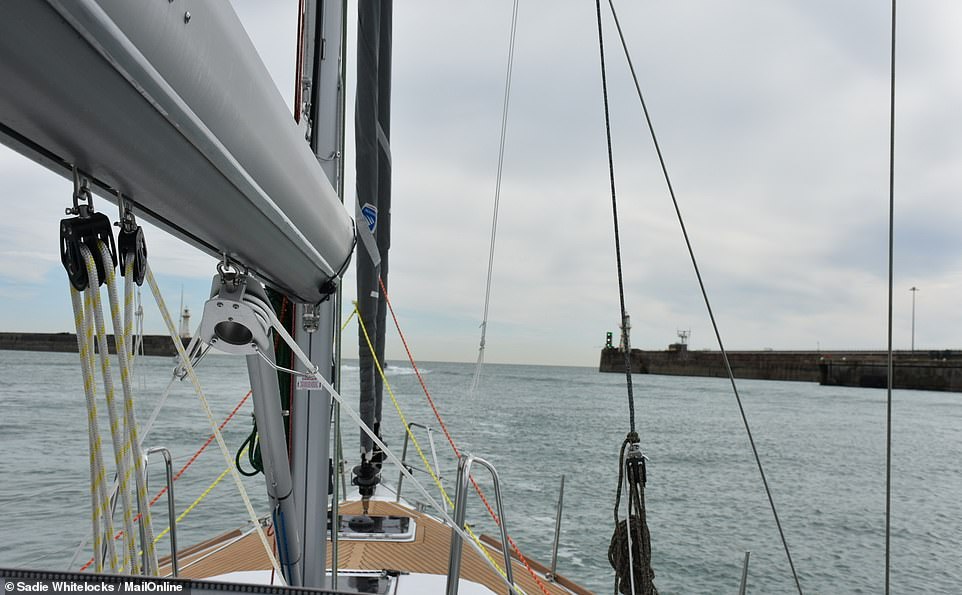 A view of the vessel leaving the port in Dover, with fairly calm sea conditions and good visibility

On top of that, the weather conditions can change rapidly and poor visibility can make navigation difficult.

Luckily, the day the four of us set out on our Channel crossing the weather was fair, with good visibility and subdued waters.

Still, I felt a tinge of nervousness. I was excited at the prospect of exploring a new stretch of water, but nervous about the unpredictable sea conditions and constant flurry of ships I’d been warned about.

To lessen the risk of collision we would be sailing straight to Calais, cutting across the shipping lanes, and then taking a left to Dunkirk and sailing slightly quieter waters. 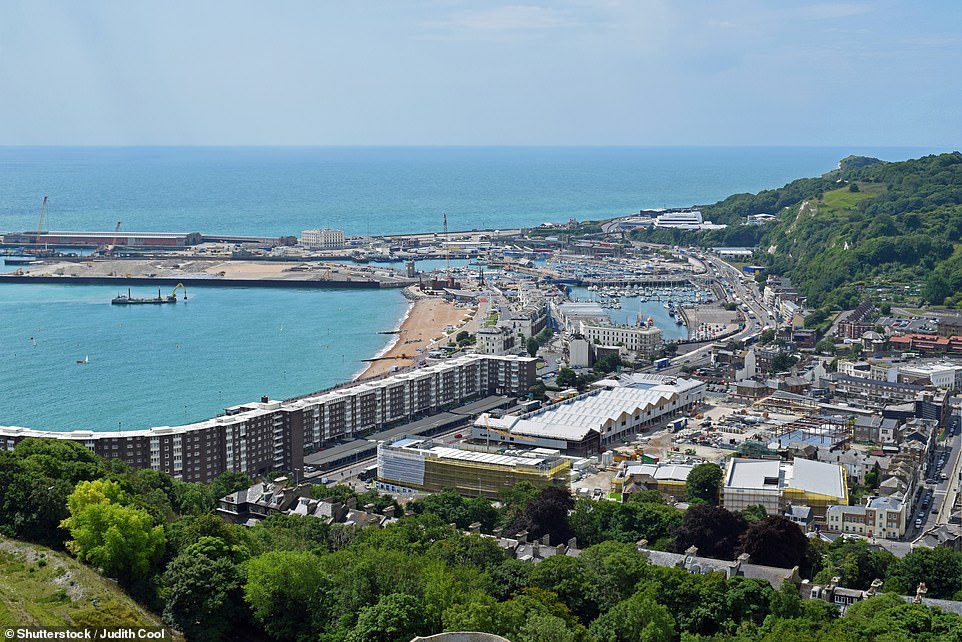 The Port of Dover, which handles about 17 per cent of the UK’s goods trade. The modern port structure was completed in 1909 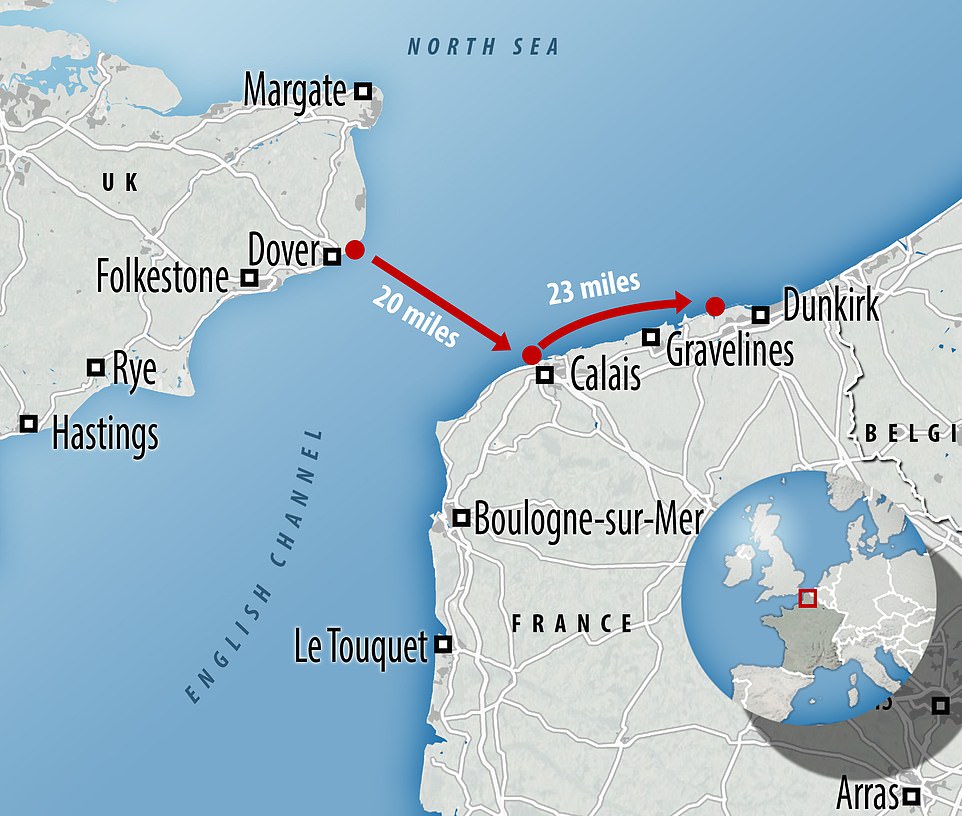 To lessen the risk of collision, Sadie’s yacht cut across the shipping lanes before taking a left to Dunkirk and sailing slightly quieter waters

We’d hoped for an early start so we could sail with the tides. These currents would help push us along.

But instead, we couldn’t get going until 11am as the gates to the marina in Dover were locked until then – for unknown reasons.

But despite the late start, we had some good wind working in our favour.

The onboard computers indicated a wind speed of around 15 knots (17.2 miles per hour) at one point, with the boat speed clocking in at just under seven knots (eight miles per hour).

While this lessened occasionally, the wind never died completely and we were able to do the entire stretch on sail without the engine.

The boat was tilted slightly as it cut through the water, but it was manageable and we were still able to move around below deck to prepare drinks and snacks without feeling queasy.

With the weather on our side, we were able to concentrate on our biggest threat – the traffic. 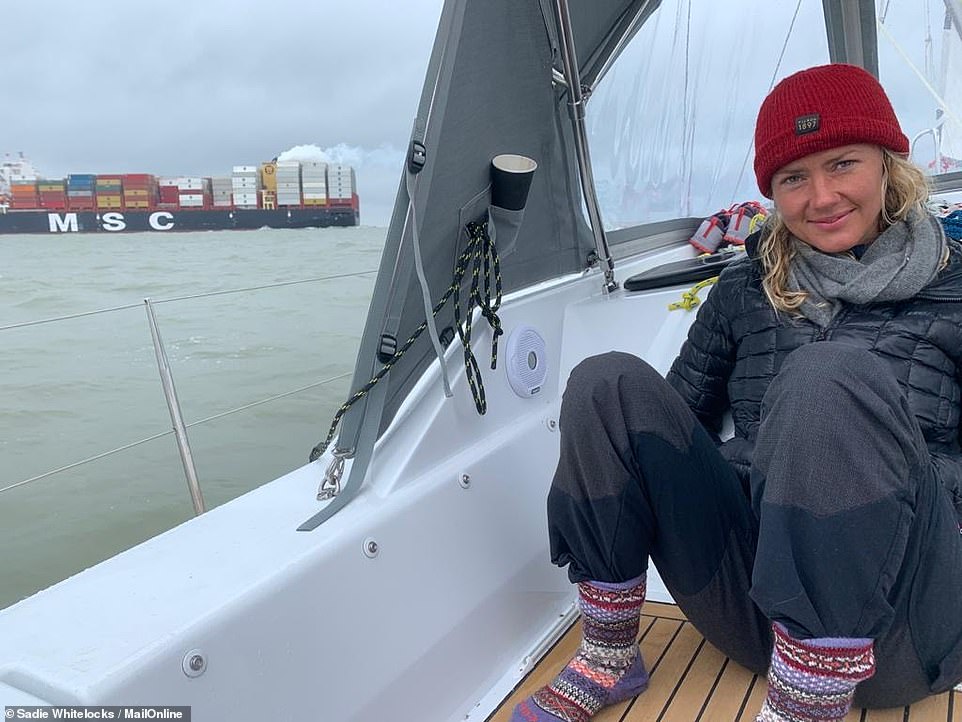 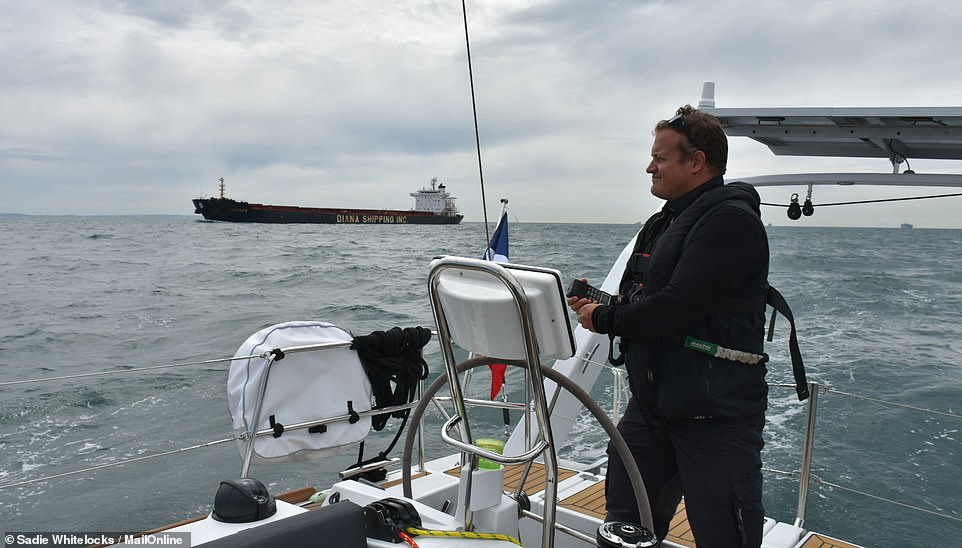 The yacht had computer screens at the helm, with the displays warning of potential collision courses 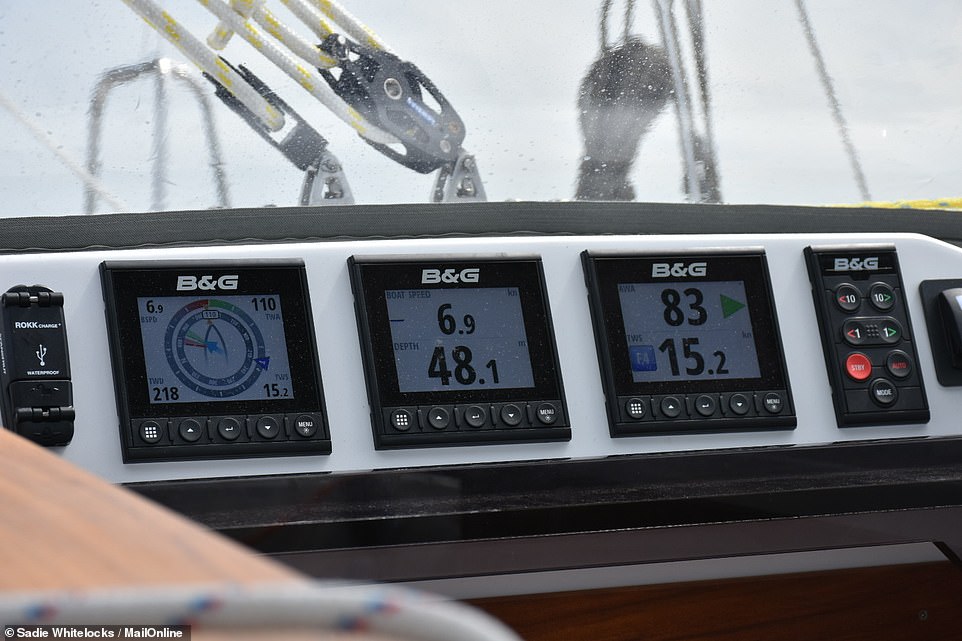 Electronic instruments on the boat show the boat speed, the wind speed and the depth of the water

The computer screens at the yacht’s helm showed the risk of collision with ships moving ahead of us and we could reroute accordingly.

Along with the Belgian warship, we saw a mix of vessels including oil tankers, container ships, passenger ferries and smaller yachts similar to ours.

About halfway through our voyage, we got a call over the VHF for someone who had been spotted in a kayak.

If we spotted the paddler, we were instructed to radio the coastguard and inform them of their whereabouts.

We kept our eyes peeled and at one point we thought we’d spied someone, but it turned out to be a deflated helium balloon floating in the water.

Discarded balloons were one of the most common pieces of waste we spotted on our voyage.

Shortly afterwards we clocked what we thought was a fearless swimmer bobbing along in a determined breaststroke, but we were relieved to see – after close inspection through binoculars – that it was not a human and just a plastic buoy being battered by the current.

After around three hours we reached the coast of Calais. In total, that part of the journey was roughly 20 miles (32km). 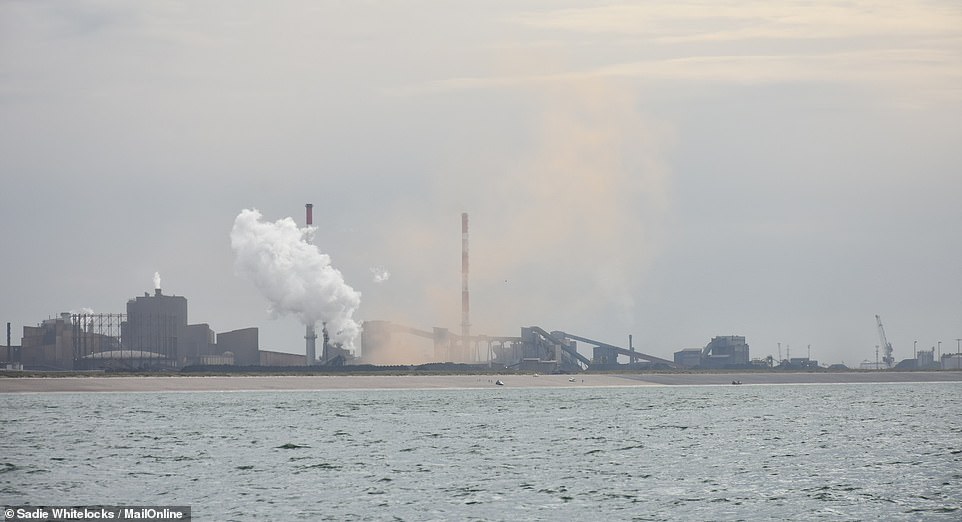 Sadie said that as she neared Dunkirk, the scenery became increasingly industrial 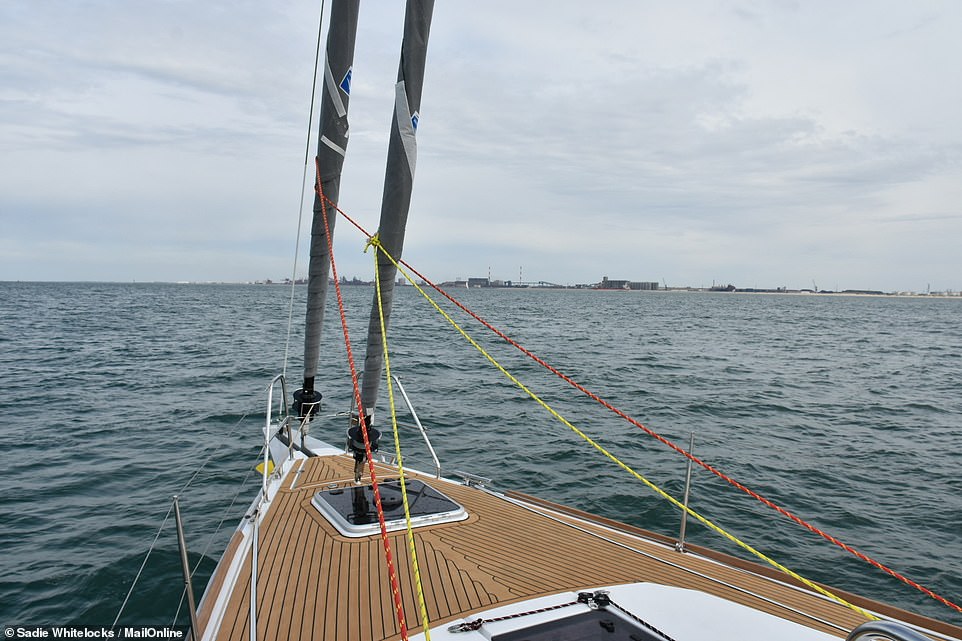 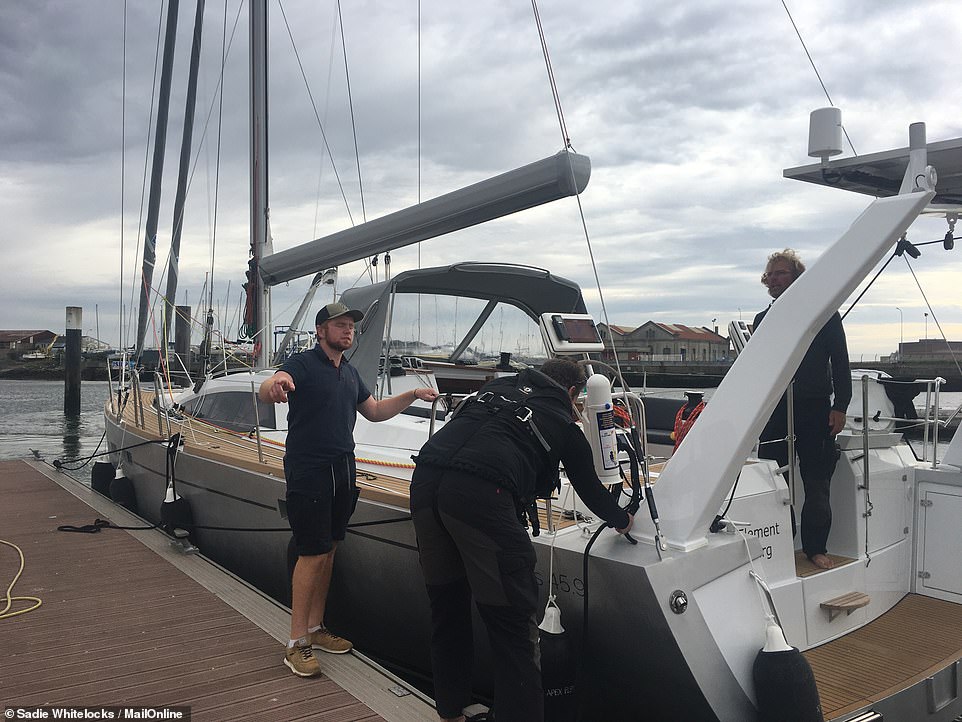 Hello buoys: The crew moor up the boat after arriving at the marina in Dunkirk 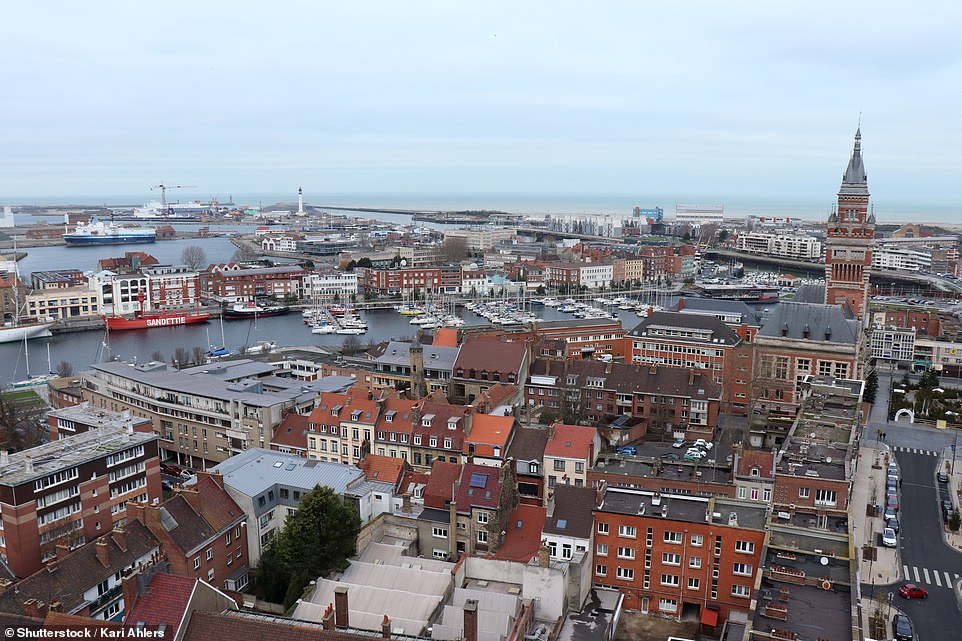 From there, we continued moving east towards the port of Dunkirk, a distance totalling some 23 miles (37km).

There was much less traffic for this part of the voyage and we could even make use of the yacht’s autopilot feature – which steers the boat automatically whether powered by wind or engine, which is actually somewhat ghostly – so we could take breaks for food.

The coastal landscape became increasingly industrial as we neared Dunkirk, which is unsurprising given that it’s France’s biggest port on the North Sea, handling more than 53 million tonnes of freight in 2018.

We then passed cargo ships being loaded with containers, with giant cranes making the heavy crates look as light as marshmallows as they effortlessly manoeuvred them into place.

Eventually, we pootled into a marina located around a 20-minute walk from the centre of Dunkirk at 6pm GMT/7pm CET.

All in all our voyage from the UK to France had been surprisingly smooth, with a Belgian warship, a lost kayaker and discarded balloons our only causes for concern. I hope the kayaker found a safe landing.

From France, we continued our sailing journey along the coast of Europe with a stop in Belgium before reaching the southern climbs of Holland.

A highlight included a couple of nights in a marina in the heart of Amsterdam from where we could explore the city, and sailing through the IJsselmeer – the largest lake in Holland – on a calm and sunny day to reach our end destination of Lelystad.