A flight to Spain saw an aggressive brawl breakout between holidaymakers. Alarming footage shot in the cabin of the KLM flight to Ibiza captured the bloody incident. The skirmish broke out shortly after takeoff from Amsterdam on Friday.

The video of the incident went viral after being posted to Instagram by user Michighclub.

It shows a group of men scuffling and shouting angrily in the aisle.

Most are wearing face masks and are fully clothed but one is topless and without a mask.

It was allegedly this lack of covering which sparked the fracas. 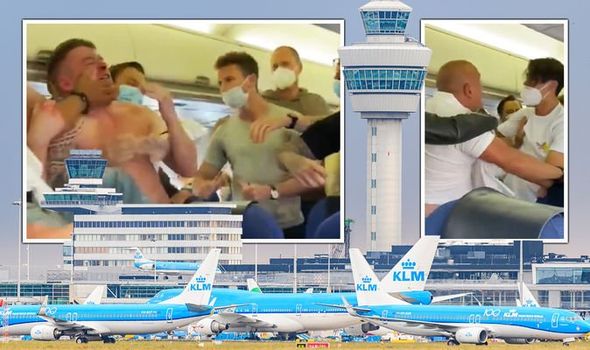 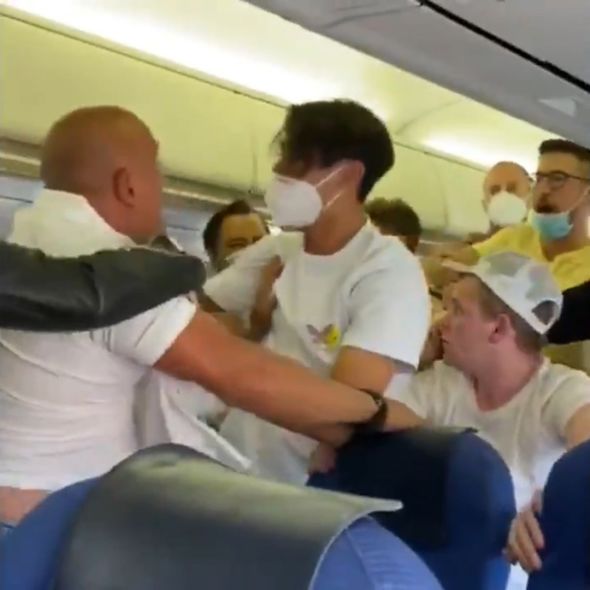 One male passenger can be seen punching the topless man, causing his nose to bleed as the violence escalates.

The latter is then later pinned to the ground by other passengers as a member of KLM staff looks on.

According to the Dutch airline, the “two passengers misbehaved verbally and physically.”

Both disruptive holidaymakers were arrested.

A KLM spokesperson told Expresss.co.uk: “Last Friday there was an incident on KL1495 from Amsterdam to Ibiza.

“During this flight two passengers misbehaved verbally and physically.

“The captain informed the authorities in Ibiza and both persons were arrested upon arrival.

“Flight safety was not endangered.” 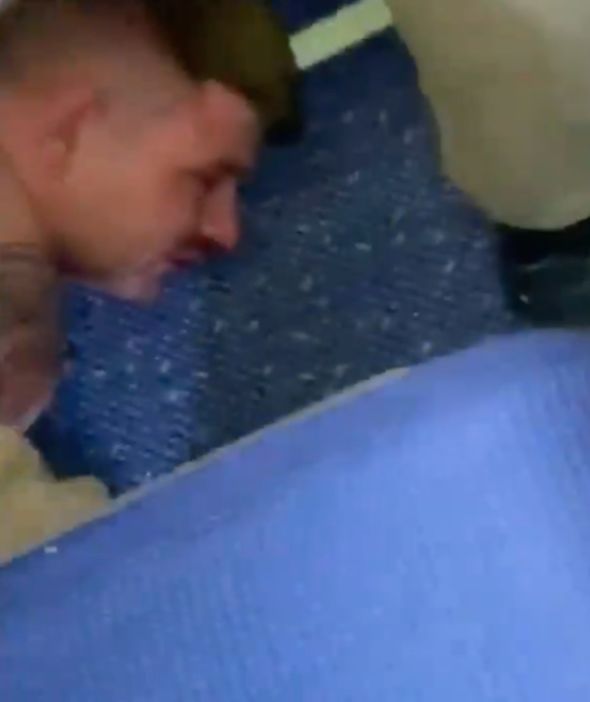 According to the video uploader, the topless man had been drinking alcohol.

The footage was captioned: “Panic and violent brawl! Unruly English passenger on board KLM flight to Ibiza, he had been drinking Grey Goose vodka.

“They refused to wear facemasks and their behaviour towards other passengers was hostile. 2 arrests were made (sic).” 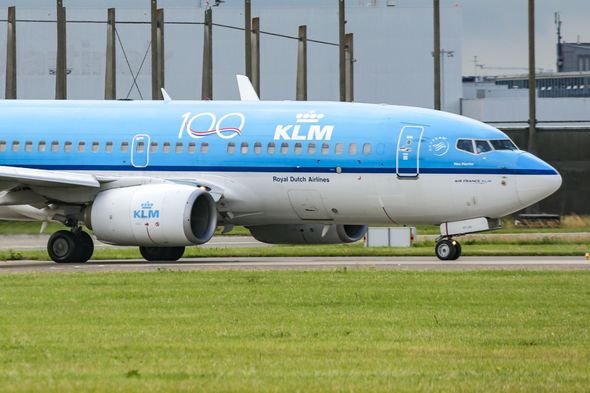 Some were alarmed. “Wtf is this!!!?? It is horrible, scary!!” one person commented.

Others criticised those fighting the topless man, writing: “The guy pinning him down has his mask on his chin!

“If the mask wearers had faith in their mask working then why give a crap about someone who doesn’t have one on?

“The only bat involved in the coronavirus is how bat s**t crazy everyone has become!”