The night before our trip to Dorset, my daughter Grace, seven, has just one thing on her mind: ‘Will the house have a secret passageway, Mummy?’

Ideally, it should be one accessed by a sliding wooden panel — just like the one she has read about in her Famous Five books.

Dorset, you see, is not just Hardy country: it’s Enid Blyton territory, the setting for some of the author’s best-known fictional adventures. In Grace’s world, there is nothing more exciting than the prospect of seeing Lulworth Cove — Blyton’s Kirrin Bay — where the exploits of Julian, Dick, Anne, Georgina (George) and Timmy the dog take place. Or Corfe Castle, renamed Kirrin Castle, where tomboy George has a tumbledown hideaway. 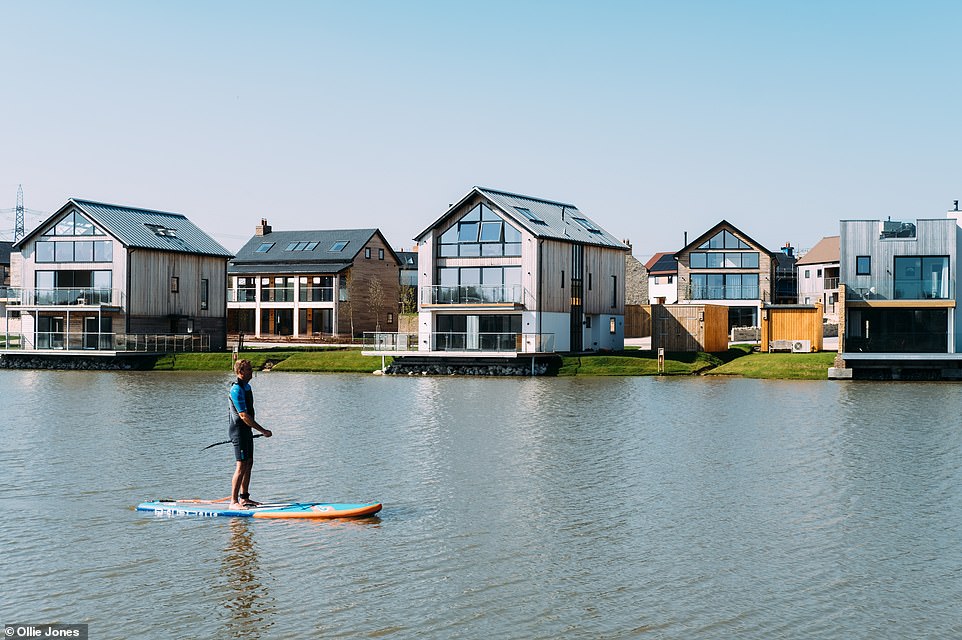 Maureen Brookbanks and her family head on a staycation to Silverlake (above), an exclusive estate set in a nature reserve at Warmwell village, near Osmington Mills 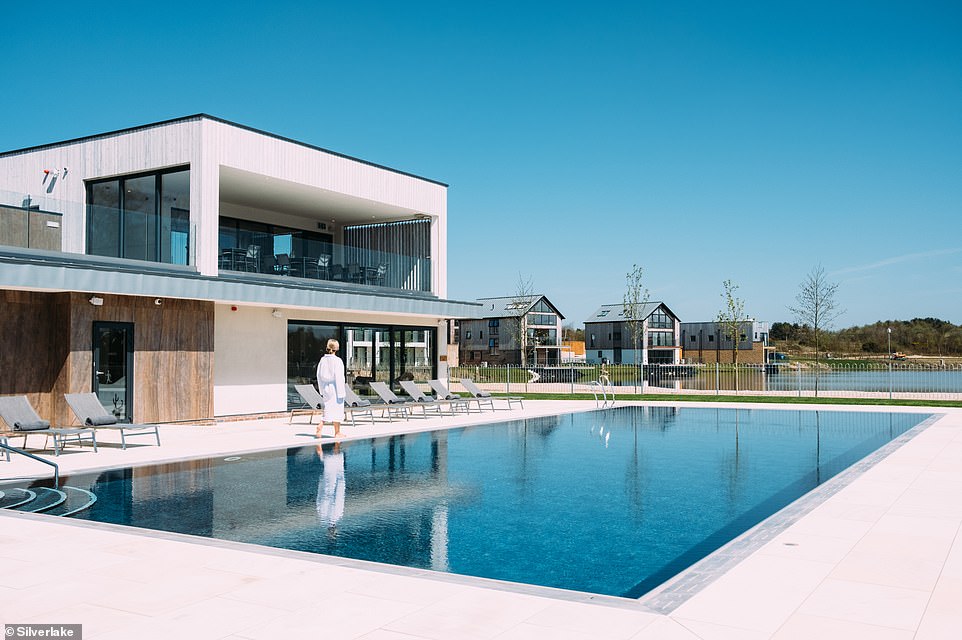 The heated outdoor pool at the retreat. ‘Silverlake opened in 2017 and its success is down to a tried-and-tested formula: all the luxury you can shake a stick at, combined with a thoughtful, ecologically sensitive ethos,’ Maureen reveals

Add to this fossil-hunting on the Jurassic Coast for her dinosaur-obsessed sister Lily, three, and it seems we have an easy win.

Dorset really is a pre-teen dream — made even more so by our staying at Silverlake, an exclusive estate set in a nature reserve at Warmwell village, near Osmington Mills.

Combine this with a forest playground featuring ziplines over a lake and a wooden fort, and an outdoor heated 20m pool, and the children are ecstatic. Their parents aren’t complaining either, what with the luxury spa, sauna and gym. 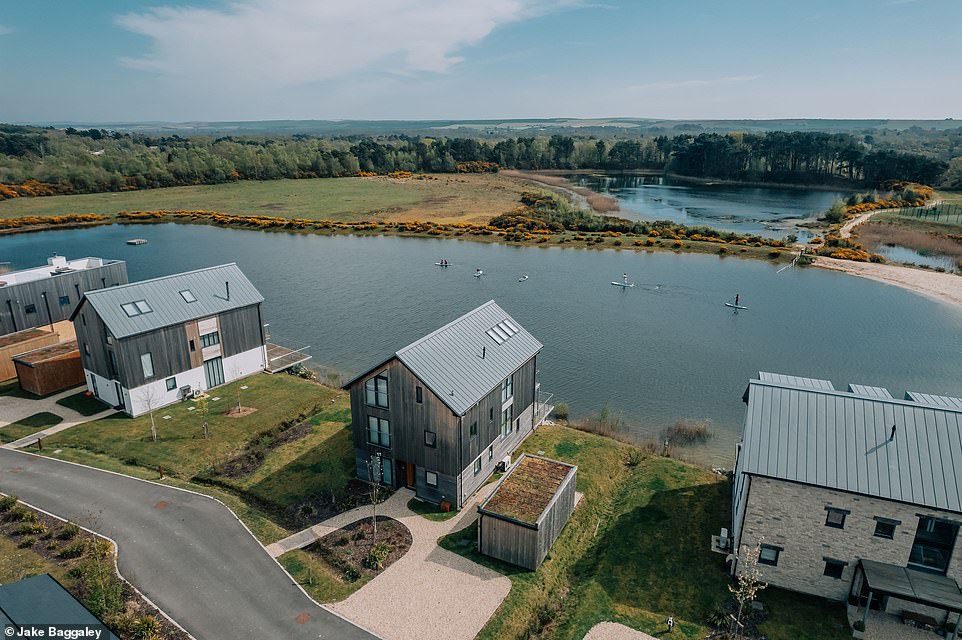 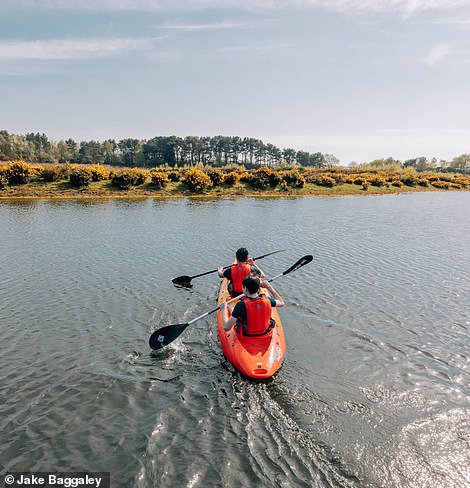 For all the creature comforts, though, it’s the proximity to nature that is the most memorable part of our trip. The children revel in being outdoors so much, excitedly peering through the woodland undergrowth hunting for adders, and marvelling at the vast fish other holidaymakers catch on the estate’s lake (angling is one of the many activities offered). And as our house has a fabulous sundeck on the roof, they venture up there in their pyjamas and dressing gowns after dark, to spy bats streaking across the moonlit sky.

However, all this fresh air doesn’t come cheap — many of Silverlake’s clientele drive top-of-the-range Teslas, and conversations at the on-site bar seem to revolve around second homes and the perils of cryptocurrency.

A sister development to the successful Lower Mill Estate in the Cotswolds, Silverlake opened in 2017 and its success is down to a tried-and-tested formula: all the luxury you can shake a stick at, combined with a thoughtful, ecologically sensitive ethos.

Indeed, it has its own resident ecologist, the wonderfully named Lucy Lapwing, who hosts children’s nature workshops in a yurt. She teaches our girls to make a parabolic microphone to record birdsong (out of an old bowl and duster, plus other things) and takes them on a bug hunt. 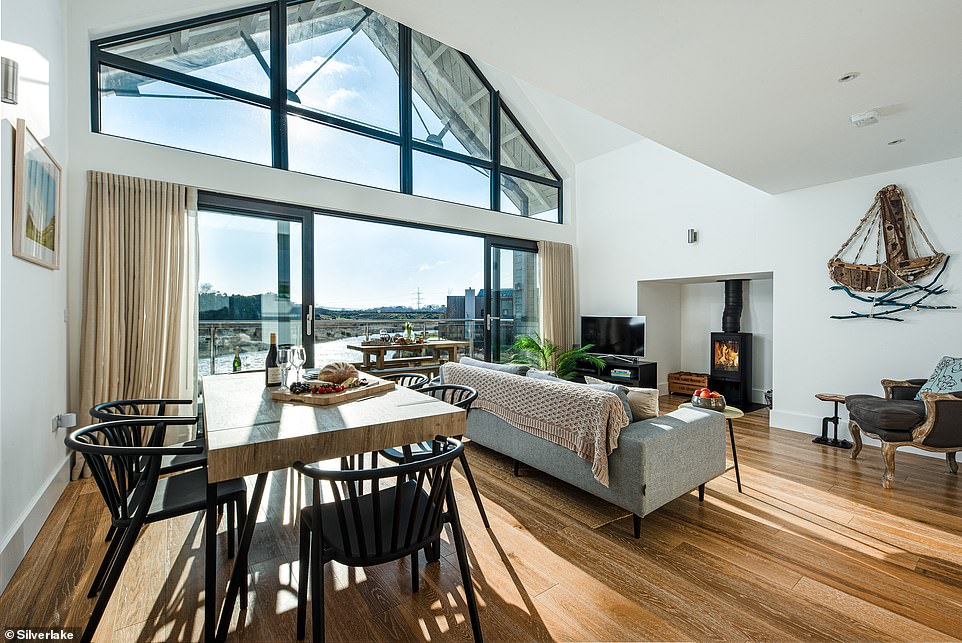 Inside one of the holiday homes at Silverlake, which are decked out with ‘wood burners and vast kitchen islands’ 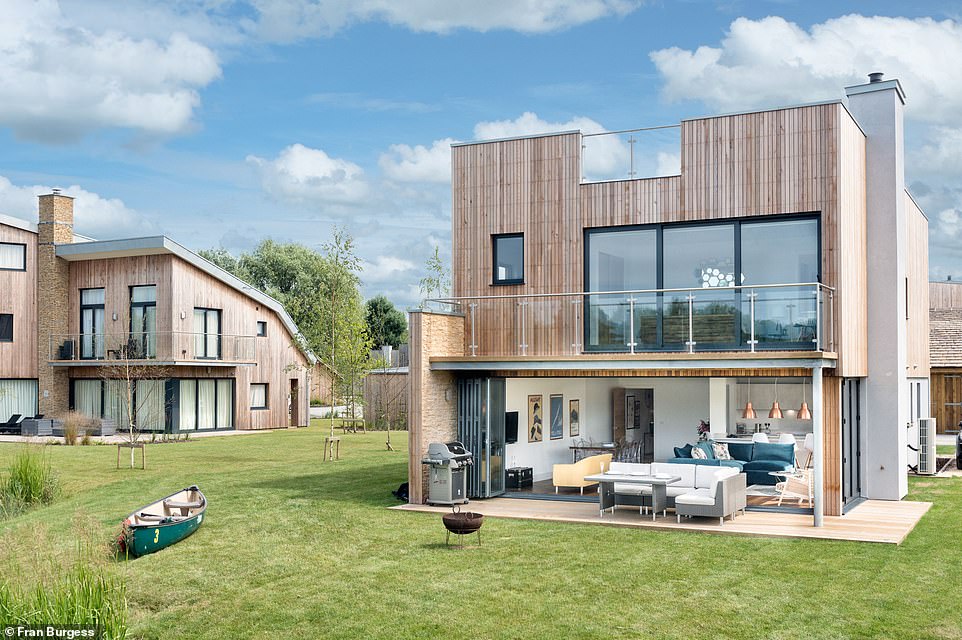 ‘Many of Silverlake’s clientele drive top-of-the-range Teslas, and conversations at the on-site bar seem to revolve around second homes and the perils of cryptocurrency,’ Maureen observes 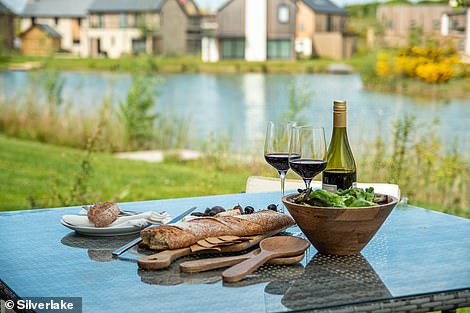 Al fresco dining at the retreat

We tramp along the South West Coast Path, which takes us down to the pebbled Osmington Mills beach. Rugged and peaceful, it is wonderful for rock-pooling.

We visit at low tide and see little crabs and sea urchins.

Our eyes are also peeled for rather more dramatic natural wonders: the beach is a prime fossil spot. Lily is convinced she will find a 130-million-year-old example on her first expedition.

Amazingly, after taking just three steps across the pebbles, she picks up a large orange stone with a perfect fossil-like imprint. 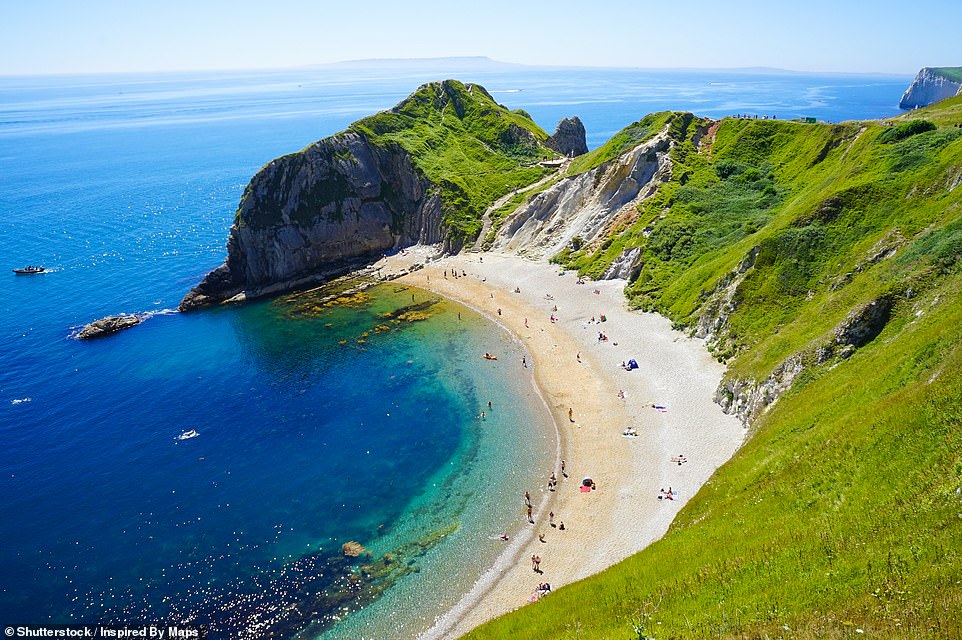 Dorset is the setting for some of Enid Blyton’s best-known fictional adventures – Lulworth Cove (above), for example, is Blyton’s Kirrin Bay, where the exploits in the Famous Five books take place 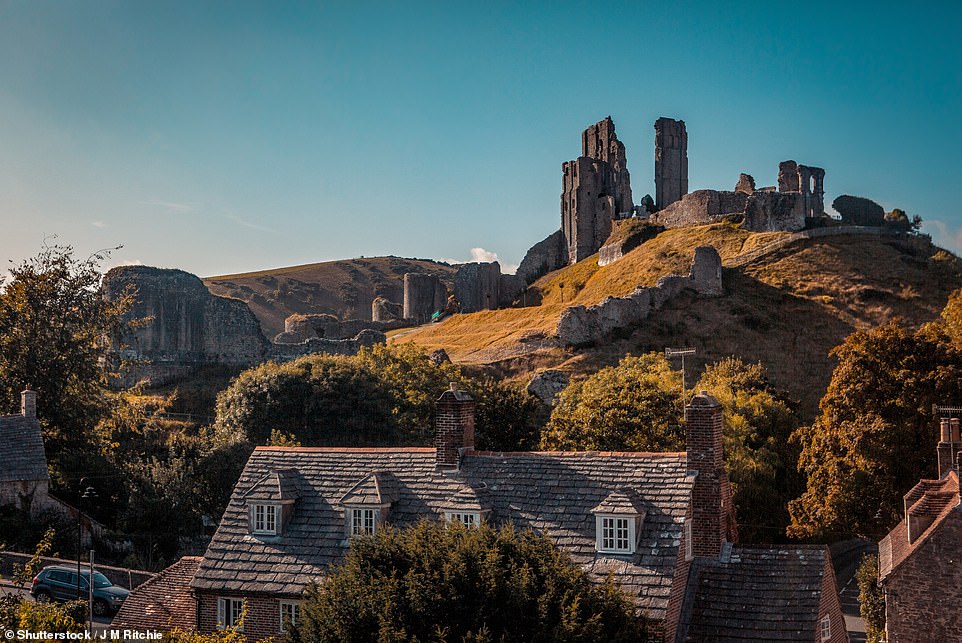 ‘At Corfe Castle (pictured on the hilltop), I find myself moved by the romanticism of this fabulous old ruin, built by William the Conqueror and partly destroyed by Oliver Cromwell,’ says Maureen

Overjoyed, she tucks it into her pocket — only for us to discover later that the fossil-stone has fallen out of her pocket and is back among the millions of other rocks that line the coastline.

We console ourselves with a stonking pub lunch at pretty, thatched Smuggler’s Inn at the top of the hill. The children’s imaginations are alight with the thought that it was once used by smuggler Pierre Latour (aka French Peter).

At Corfe Castle, I find myself moved by the romanticism of this fabulous old ruin, built by William the Conqueror and partly destroyed by Oliver Cromwell.

Grace silently takes in the arrow slits and ‘murder holes’. The wildest adventures, previously confined to the pages of her books, have been brought to life, here in Dorset.

Habitat Escapes offers All Decked Out at Silverlake from £579 for three nights. Sleeps up to six people (habitatescapes.com; silverlakedorset.com).