Our Highland fling! Lochs, castles and wild walks – the Cairngorms is a breath of fresh air for all the family

Space, horizon and plenty to do were the criteria for our family holiday. So, rather than heading to overheated beaches in southern Europe we settled on the Cairngorms.

And that was long before we had even heard of the coronavirus pandemic. Buoyed up by Springwatch, I sold the idea to our boys, aged four and seven. Our plan was to spend a couple of nights in unashamed luxury at the Fife Arms in Braemar, before heading deep into the Cairngorms National Park for a more bucolic experience.

The Fife Arms made an impression from the moment we pulled up — the architecture of this 19th-century coaching inn is majestic, and Iain Fowler, the porter dressed in tweed plus-fours, gave us the warmest welcome. But it was the inside that packed the real punch. 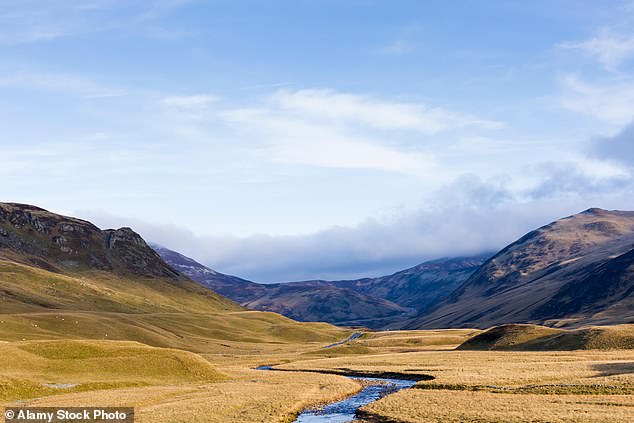 I knew it was going to be opulent — but imagine a psychedelic cross of the Natural History Museum, the V&A and the White Cube art gallery and you’ll get the picture.

The hotel is the brainchild of art dealers Iwan and Manuela Wirth, who have lovingly restored it into a 46-room treasure trove stuffed with 14,000 artefacts. We had afternoon tea under Picasso’s Seated Musketeer in the tartan-clad drawing room.

While we munched on beetroot and orange battenberg cake, and sipped whisky tea, curious walkers popped in to look at the Picasso, and at Lucien Freud’s Child Portrait Annie, which hangs in reception. 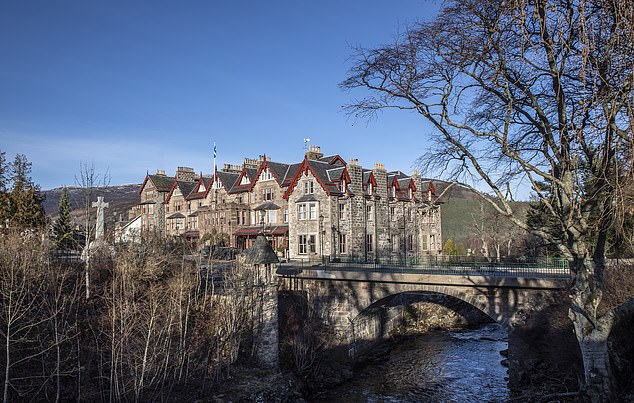 What’s more, the hotel has a royal seal of approval — it was opened by the Duke and Duchess of Rothesay, (that’s Prince Charles and the Duchess of Cornwall). There are even some rather good watercolours by Prince Charles hanging near the dining room.

With all the fabulous art: a Gerhard Richter, Man Ray photographs, a grand Pieter Brueghel the younger, a Martin Creed and colourful glass chandeliers by Matthew Jackson and Subodh Gupta, you might think this would be a dangerous place to bring two boisterous boys. But they were transfixed by the tsunami of taxidermy: the flying stag, an impressive wall of ungulate heads, red squirrels galore, grouse and flying birds.

They also took up residence in the hotel’s games room. For their exhausted parents, Elsa’s art-deco cocktail bar was more the ticket, named after the Twenties Italian born fashion designer Elsa Schiaparelli, who used to stay at nearby Invercauld House. 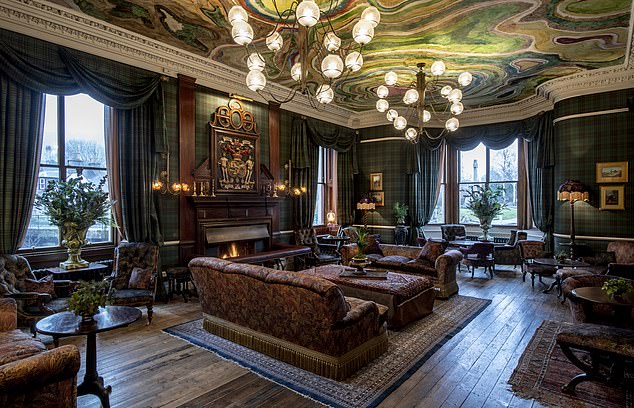 The next day we joined forager Natasha Lloyd and her dog, Rosie, for an adventure in the driving rain.

We learnt about wild garlic, ancient woodland and extensive fungus systems. She even got my elder son, Noah, picking stinging nettles.

And what of Braemar itself? Simon Blackett of Yellow Welly Tours (yellowwellytours.com) ushered us into his Land Rover and took us around the Mar Lodge and Invercauld Estates as well as Braemar Castle.

We stopped at viewing points to admire the sweeping River Dee and some mighty Munros (Scottish mountains over 3,000 ft) and were amused to see one hirsute gentleman receiving an open-air shave from his girlfriend. 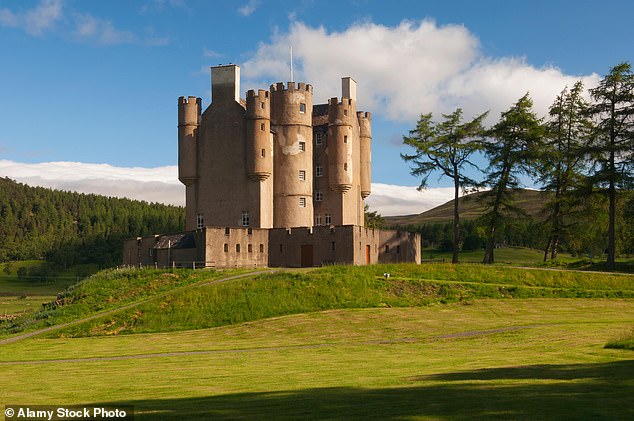 Braemar Castle in the morning sunshine near the Cairngorms National Park

We stopped at the games park, where the Highland Games are held on the first Saturday in September every year and which the Queen has never missed — Balmoral, after all, is nearby.

Then it was time to move to Milton Cottage, which is half a mile up a bumpy track near Loch Pityoulish in the north-west corner of the Cairngorms. Culture shock set in as we went from extreme luxury to an alarmingly rustic retreat.

This white cottage is rickety and basic (think peat-brown bath water and low ceilings) but it had what we needed: notably a sweet sitting room with fireplace and a functioning kitchen. Its real virtue was its location: Milton Burn flows past a mere 20 metres away, and we were in splendid isolation with walks galore on our doorstep. When our nature walks got too much, we explored Aviemore and the surrounding area. First up was a trip back in time on the Strathspey Steam Railway — we jumped aboard at Aviemore and took the 20-mile round trip to Broomhill. 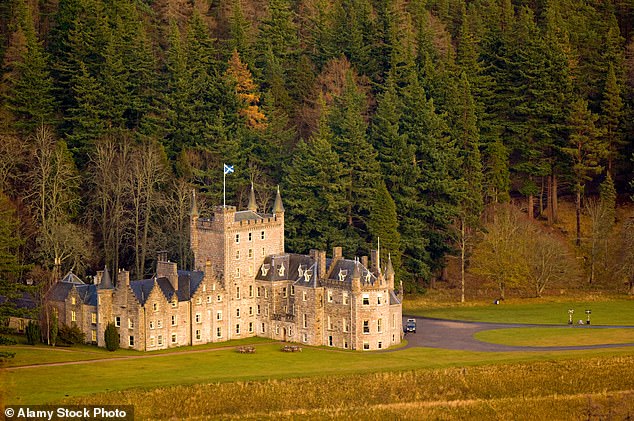 Stations are decked out with bunting and hanging baskets, diehard Monarch Of The Glen fans will note that Broomhill is Glenbogle station. And the Cairngorm Reindeer Centre and museum is worth visiting for younger children. The herd was introduced in the 1950s and has flourished.

The highlight for the boys was the Highland Wildlife Park, a cold-weather zoo with polar bears, snow leopards, wolves, snow monkeys, yaks and bison. And not forgetting the Scottish wild cats, which look like large domestic tabby cats.

The Landmark Forest Adventure Park is a fun day out; there are rides, rope climbing, a red squirrel trail and a new dinosaur kingdom. Not that you have to pay to have fun in the Cairngorms: a game of beach football on Loch Morlich was spectacular and we loved the isolated beauty of the beach on Loch Laggan.

It turns out we were in good company — a few days later the James Bond crew arrived to film in and nearby Ardverikie. Proving to the boys, as if it were needed, that the Cairngorms are the place to be.

Rooms at The Fife Arms from £250 and suites from £795 including breakfast (thefifearms.com). Milton Cottage from £60 a night (airbnb.com).

Tags: A, breath, Cairngorms, is, of, the
You may also like:
Recent Posts