Plane-ly amazing! The 1950s nuclear strike aircraft that’s been converted into a boutique Airbnb lodge, with a double bed in the cockpit

A tactical nuclear strike aircraft may not sound romantic – but with a few tweaks, it turns out that they actually make wonderful honeymoon suites.

Behold one of Britain’s quirkiest Airbnbs – a 1950s English Electric Canberra bomber, which has been converted into a cosy lodge for two, with incredible views over the Somerset countryside.

It’s called The Sky Cabin, and is described as ‘the perfect spot for a romantic getaway’. 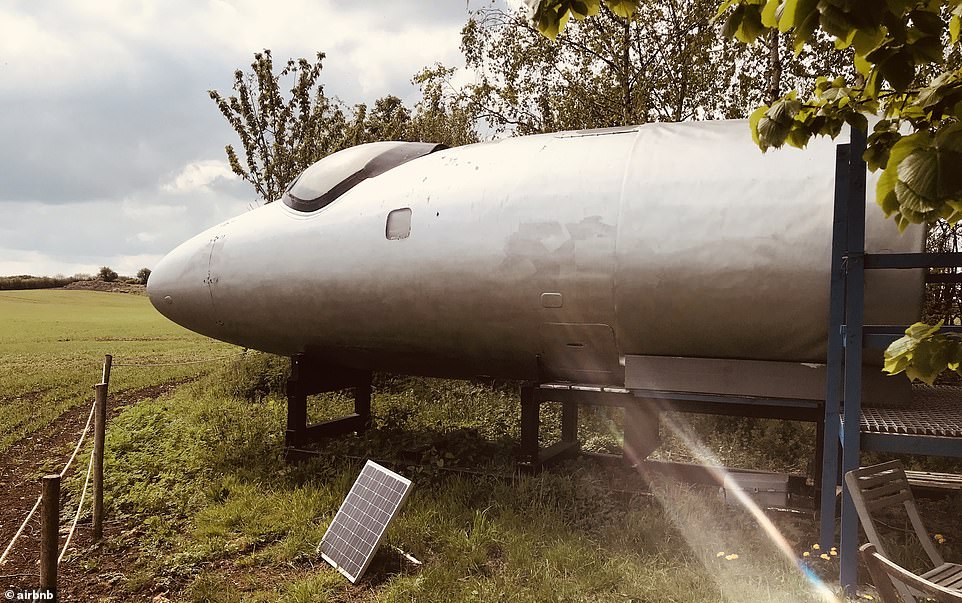 This 1950s English Electric Canberra bomber is now a cosy lodge for two at Field 725 campsite in Frome, Somerset

The rental can be found at the Field 725 campsite in Frome, where it has been welcoming guests for the past two years.

Dan Hurring, the owner of the site, bought the front end of the plane from a scrapyard in Bristol in 2018 and at the time, it was painted in a badger design.

He told MailOnline Travel: ‘We knew we had to re-paint it as the badger wasn’t really for us.

‘We had to transport it to the site on a low-loader and then use a fork-lift truck to position it.

‘It was quite challenging to try and get it in exactly the right spot among the trees.’

After a paint-job and a conversion, the holiday rental now has a double bed in the cockpit, with guests able to ‘gaze up at the night sky’ through the cockpit window, which still opens. 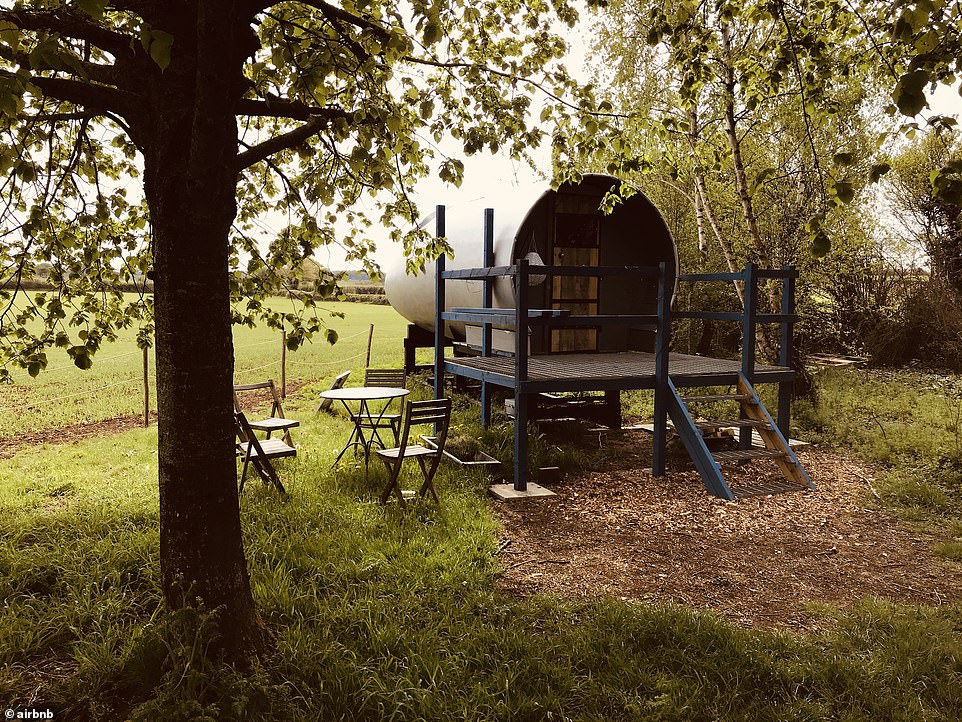 The converted plane has been at the campsite for two years. The owners bought it from a scrapyard in Bristol in 2018 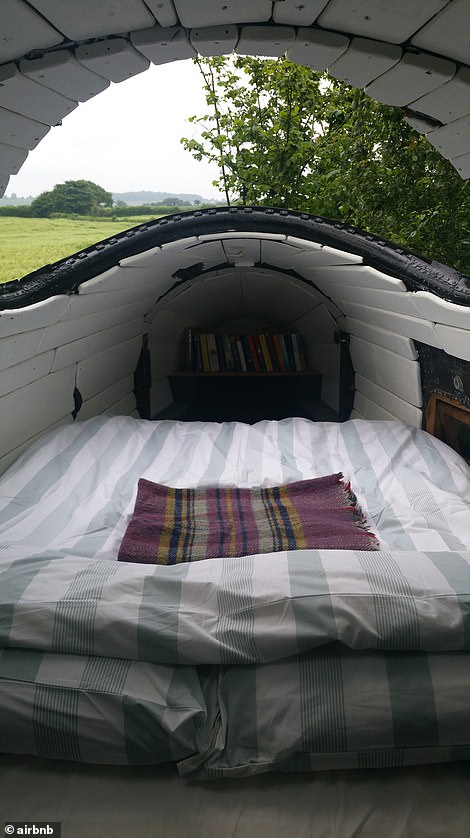 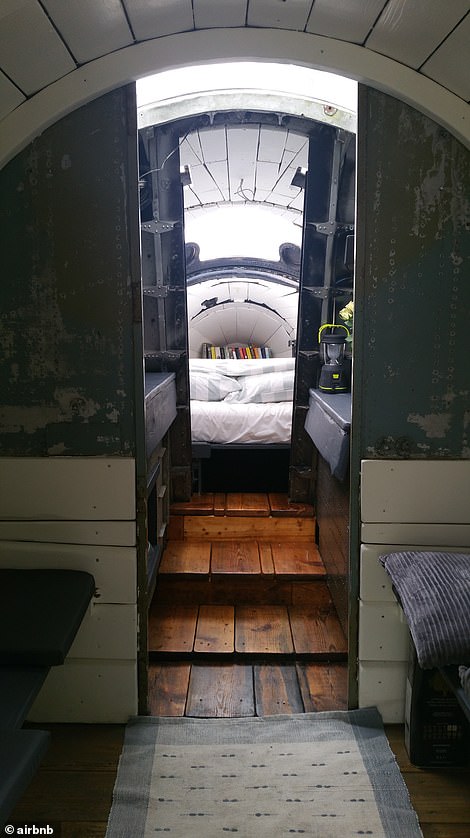 The rental has a double bed in the cockpit, with guests able to ‘gaze up at the night sky’ through the cockpit window. Prices start from £105 per night 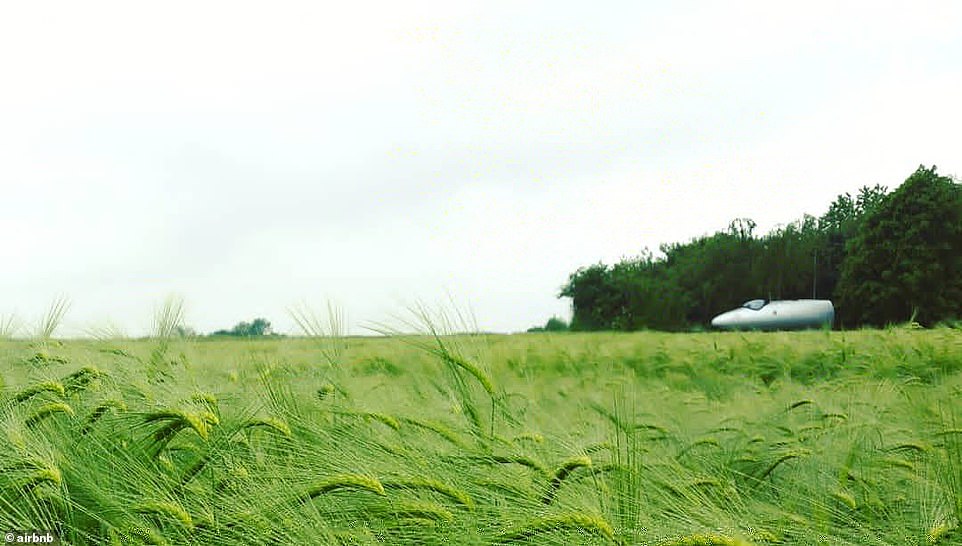 The Sky Cabin has views out across the Somerset countryside. Owner Dan Hurring said it was challenging positioning the plane among the trees

At the entrance of the rental is a decked seating area with a table and chairs, which are ‘perfectly positioned for watching the sunset’.

There is also a fire bowl complete with a grill for cooking or sitting around ‘with a glass of your favourite tipple’.

Dan added: ‘Some people are unsure about staying in it, but once they do, they love it.

‘You can still open the cockpit window and watch the beautiful sunrise as you lie in bed.

‘It’s very popular with couples, especially when we hold weddings, with it often being used as the honeymoon suite.’ 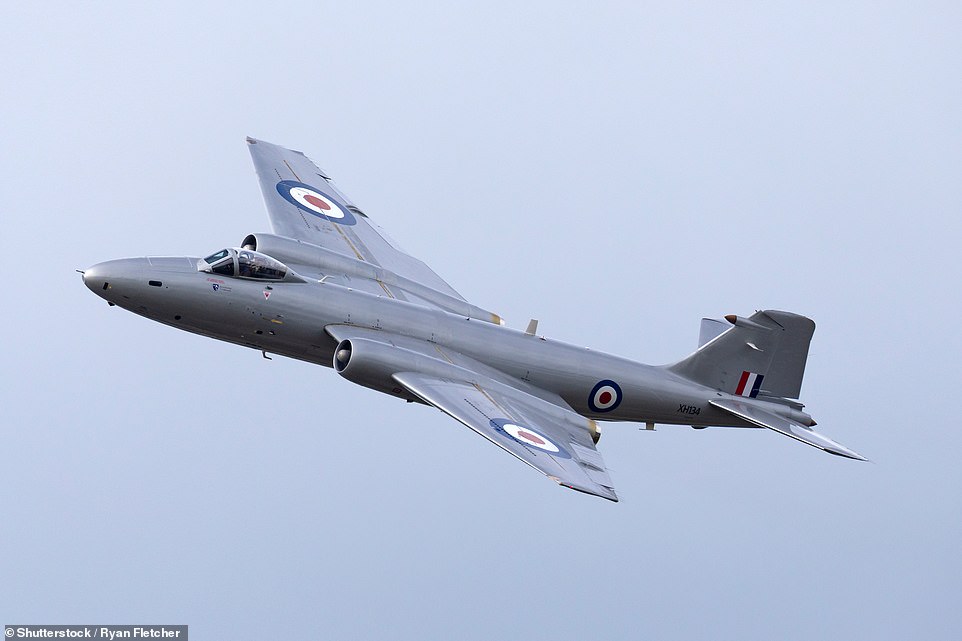 A former Royal Air Force English Electric Canberra in July 2014. The plane came into service in 1951 as a tactical nuclear strike aircraft

The English Electric Canberra was introduced into service with the Royal Air Force in 1951 as a tactical nuclear strike aircraft, though it needed to be modified before it was capable of carrying out this role.

Today Airbnb revealed the 10 UK destinations that have seen the most significant growth in bookings, week on week, compared to the same week last year.