Tenerife and four other major Spanish airports are being allowed to reopen to international traffic from Monday. However, strict rules remain in place regarding who can fly and it won’t be the “average” British tourist just yet. The news means Tenerife, Alicante, Seville, Menorca and Ibiza will be reopening along with many other airports next week.

The Spanish government confirmed this afternoon it has expanded its list of reopening airports that were announced yesterday, which originally featured just five of the country’s airports and eight ports.

The initial openings were El Prat in Barcelona, Gran Canaria in the Canaries, Barajas in Madrid, Málaga-Costa del Sol and Palma de Mallorca in the Balearics, together with the ports of Barcelona, Bilbao, Las Palmas de Gran Canaria, Malaga, Palma, Tenerife, Valencia and Vigo.

All of these locations have opened today.

But island leaders in Tenerife immediately lodged an official protest, saying it had obviously been a “mistake” to leave Tenerife south airport off the list. 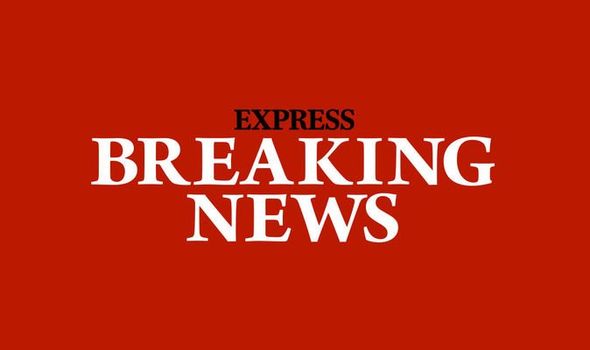 This has now been added, plus Alicante, Seville, Menorca and Ibiza.

The Spanish government says the same will happen with other airports in Spain “bit by bit”.

It doesn’t give Brits carte blanche to travel though, as anyone catching an international flight into these destinations must be able to prove their entitlement to do so – and would still have to go into 14-day quarantine whilst this rule is in force.

The airports and ports have been chosen as they have the capacity to deal with passengers and all the health and safety regulations, such as temperature taking.

It also augurs well for the future once the coronavirus restrictions are lifted.

Tenerife’s president, Pedro Martín said he had the commitment of the Government of the Canary Islands to implement all the measures required at Tenerife Sur airport.

“It is a controlled process in the de-escalation plan that the Government wants to start establishing to launch at certain airports in the country under rigorous security controls,” he said.

Tenerife has had a low incidence of coronavirus with 151 deaths, a figure which has remained static for the last four days. Today’s death toll in Spain is 27,563, with a daily drop to 102, the lowest number in two months.

Prime Minister Pedro Sanchez says he will be asking on Wednesday for a fourth extension of the State of Emergency imposed on March 14th for another month, which he anticipates will be the last.

Mr. Sanchez says tourism was one of the most important economic sectors in Spain and accounts for 12 percent of the gross domestic product.  It was, however, necessary to overcome the epidemic to “be able to relaunch” tourism.

“People will visit us if they are sure that they are travelling to safe, controlled destinations,”  he said.

He also defended the controversial measure of quarantining all travellers who arrive in Spain. “If we rush, we could put at risk the international credit that has taken us decades to obtain,” he warned.

At this stage, Brits are being advised NOT to attempt to travel unless they are legal residents of Spain and can prove it with the right documents which have to be original and not photocopies. There are reports of people being turned back on arrival because they have not met the strict criteria.

Frontier workers or those who can prove they need to enter Spain for essential reasons will be allowed in.

“Only green residency certificates will be accepted as proof of residency in Spain and British travellers who are not resident and/or not in possession of this certificate should not attempt to enter the country,” said a spokesman for the UK’s Foreign and Commonwealth office.

“Padron certificates, utility bills and property deeds will not be accepted by Spanish authorities as proof of residency.”

The 14 days of quarantine, in homes or hotels if applicable, will mean travellers coming into Spain will have to self isolate with only trips for shopping and essentials allowed. This order is likely to stay in force during the duration of the State of Emergency.