One of the travel trends that has gained steam in recent years is the concept of “slow travel.” And one way travelers can slow down and see where they’re going is from the comfort of a luxury train, such as those run by Canada-based Rocky Mountaineer, which celebrates its 30th anniversary this year. Before travel was virtually halted by Covid-19 earlier this month, senior editor Jeri Clausing talked with Steve Sammut, president and CEO of Rocky Mountaineer, about his company’s product and how it has evolved. 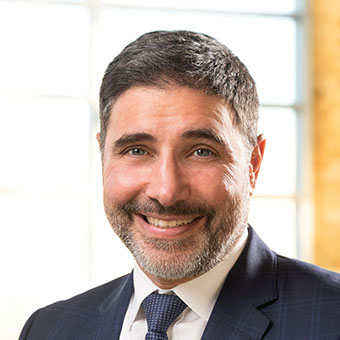 Q: The company is celebrating its 30th anniversary this year. Tell me a little bit about how it began and where you are today.

A: Peter Armstrong founded the business 30 years ago. As he would tell you, it’s very different today. He had those old, single-level rail cars built in the 1950s. They carried 7,000 guests the first year. Now we do over 100,000 guests a year and have carried close to 2.5 million travelers.

Q: You have been with Rocky Mountaineer for several years. What kind of trends and changes have you seen during your tenure?

A: I’ve been here about seven and a half years. What I have seen in my time here is just a huge growth in interest in terms of traveling with us. We are out there, building brand awareness and working with different partners.

I think there is a trend toward people looking for these kinds of experiences, where they can really get in an area and learn more about it, a slow experience, not rushed.

You can basically fly between [Alberta and British Columbia] in an hour and a half. On the train, we do it in three days, sometimes five. This is really just a nice way to see so many different things. Whether it’s the beauty of the landscape or the wildlife, there are so many things to see.

Q: How many trains do you operate?

A: As we are growing interest, we’ve actually been working with different suppliers to add new cars to our fleet. In the past six years, we have basically doubled.

Our signature cars are bilevel and glass-domed, with seats on the second floor, where our hosts serve drinks and snacks and tell stories. Downstairs is where we serve meals.

We had 16 of those and have added 10 more. We have also increased the size of our Silver Leaf Service. They also all have domed windows, but they are all on one level.

Q: So you don’t have sleeper cars on your trains.

A:  No. We’re not a sleeper train. We have three different routes. One is called “First Passage to the West.” It starts in Vancouver. You’re on the train for the day, listening to the guide, getting meals and service. Then you overnight in Kamloops, [British Columbia], at a hotel. The next day, you get back on the train for another great day of storytelling on the way to Banff.

The second route starts or ends in Banff or Lake Louise, [Alberta]. After the first day, you overnight in Kamloops and end in Jasper in Alberta. That’s called Journey Through the Clouds. The third route, [Rainforest to Goldrush], starts or ends in Vancouver. You spend the night in Vancouver, then Quesnel, [British Columbia] and on to Jasper. You can also combine these.

This system of itineraries with overnights in hotels has worked very well for us.

Q: Where do most of your guests come from?

A:  About 93% come from four different geographic markets. No. 1 is the U.S. Right behind that is Australia. Then it’s the U.K. and Canada. Those four markets make up the vast majority. But we get people from most countries.

We also have opened our first sales office in China, and we have a separate rail car with Mandarin service. But we really just started on that.

Q: What about age groups? What is your key demographic?

A: We get all ages. But it really does appeal a lot to the baby boomers, the way it is done, the level of service. They really appreciate the care, the fine food, the storytelling.

Q: Do you offer any themed journeys, say for adventure or culinary?

A: What we have done is worked with partners to create packages around our train trips. Because when people are on the train, the focus is on the
storytelling and the scenery.