Spain has been gradually easing restrictions following a difficult battle with coronavirus. With international travel slowly picking up again, Spain is beginning to welcome visitors for the holiday season once again.

The country was originally one of the worst hit in Europe, and other countries looked on in horror as the situation quickly grew catastrophic.

However the country is still recovering well, and given that some 400,000 British people have homes in the popular Mediterranean country, travel to the country is now permitted again.

Spain is also on the list of the UK’s ‘travel corridors’ or ‘air bridges’, meaning UK travellers do not need to quarantine for two weeks upon arrival in sunny Spain.

But this week two local lockdowns have been put in place after sudden spikes in cases in two separate regions. 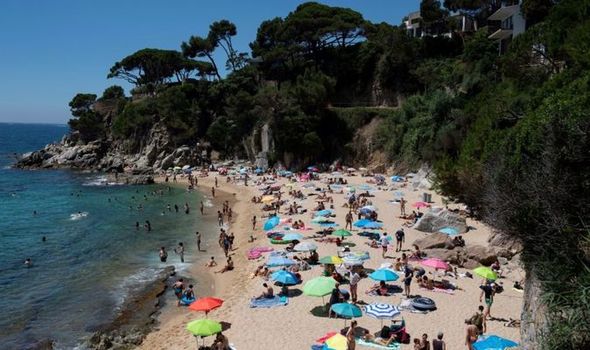 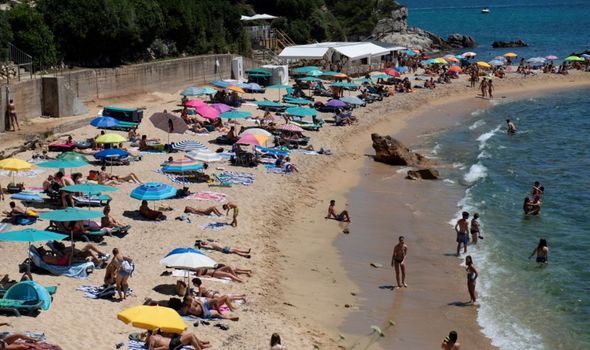 Residents of La Marina will be forced to stay put from midnight on Sunday until Friday after a spike in coronavirus cases in the area, located in the Galicia region of northwestern Spain.

The biggest outbreaks were linked to several bars in the area, regional health minister Jesus Vazquez Almuina said on Sunday.

There has also been a second local lockdown in the Segria region of Catalonia in the northeastern part of the country, around ninety miles inland from Barcelona.

People will be allowed to move around their local area but the only people allowed to enter or leave will be those who need to travel for work. 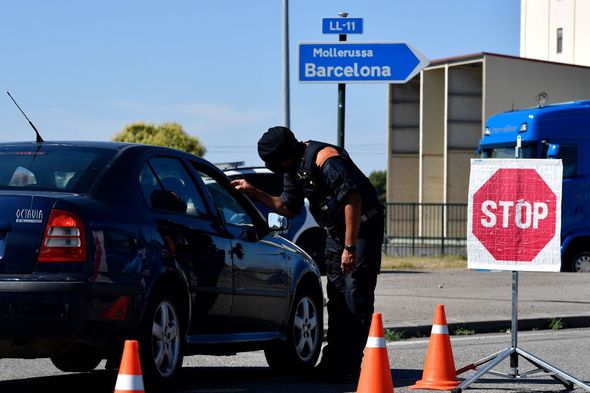 Despite this, no clear reports of specific beaches being closed to tourists as people in those regions are still permitted to move around the area, as well as Segria being inland.

However, beaches around the tourist hotspots in the Costa Del Sol and southern regions of Spain have reportedly be closed due a lack of social distancing.

Around 55 beaches in southern Spain’s Andalucian region were closed at some point yesterday according to Malaga-based paper Sur.

Thirty of those beaches temporarily shut on the Costa del Sol to maintain the 1.5 metre distance which is mandatory across the country.

Malaga was the province most affected, followed by Cadiz and then Huelva, officials have said.

According to Sur, local councils in coastal municipalities across Malaga province had to stop access to 29 beaches on Sunday as the capacity outlined in their contingency plans to combat the coronavirus was exceeded.

DON’T MISS
Spain in lockdown: Is Spain in lockdown AGAIN – Can I travel to Spain?
Travel guide: Which countries are open to tourists? Full list
France flights schedule: Which airlines fly to France from UK?

Will beaches close to tourists?

At this point it is unclear if any beaches will be permanently closed to tourists – but numbers of visitors are expected to rise continually throughout the newly-saved holiday season, so it is possible if officials feel areas are becoming unsafe from overcrowding.

Currently Spain is asking residents and visitors to wear a face mask at all times in public and keep at least 1.5 metres away from others.

You could face a €100 if you breach social distancing rules without wearing a mask. 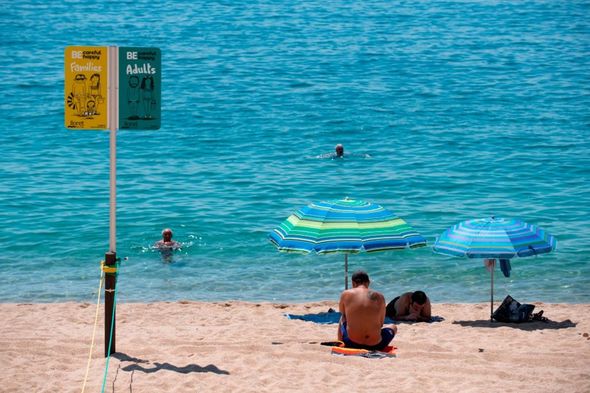 New beach wardens have been hired in some areas to make sure rules are adhered to.

Their job is to patrol Spain’s southern coasts, gently reinforcing new rules to try to prevent any spread of COVID-19.

Groups can only bring a maximum of two umbrellas or other shading equipment to the beach to allow for space for everyone.

Those visiting Spain do not have to isolate, but will have to provide mandatory contact information on the Spain Travel Health website or app once they touch down.