Spain is the worst-hit country in Europe for its reported cases of coronavirus. There have been over 220,000 cases of the virus in the country. Despite this high number, Spain launched its de-escalation plan on May 1.

A number of measures will be rolled out, however, to ensure social distancing remains in place.

One approach beaches are considering is allowing only half the number of people onto the sands.

Tourism officials have created a social distancing system using roped-off squares that will mean up to 50 percent fewer people can enjoy a spot on the beach.

Of course, while the news that tourists will be able to return to Spain’s shorelines is positive, the bad news is that there won’t be enough room for everyone. 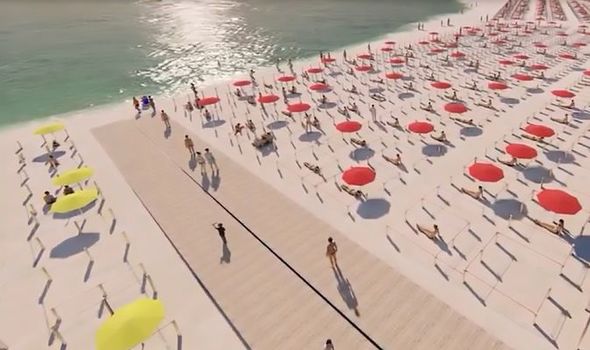 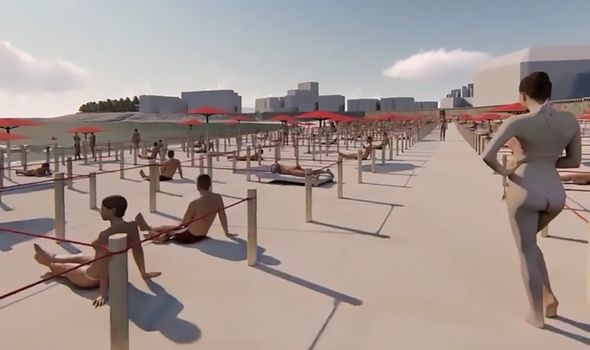 The council of the municipality of Sanxenxo in the province of Pontevedra in the north-western Spanish autonomous community of Galicia presented the system of dividing its beaches for tourists this summer.

The Mayor of Sanxenxo, Telmo Martin, unveiled the project at Silgar beach, one of the most popular in the municipality.

A video posted on the local council’s Facebook page shows how the beach will be split up.

Footage depicts the plan to divide the beach into 780 square ‘patches’ divided among five zones with a capacity of between 1,560 and 2,340 people.

This is 50 percent less than the highest capacity reached last year.

The video shows that each ‘patch’ is surrounded by four small posts and a rope to define the square which measures three metres by three metres (10 feet by 10 feet), with 1.5 metres (4.5 feet) between each square.

The beach will reportedly have four entrances with walkways for beachgoers to access the squares, and two areas dedicated to bathrooms, showers and lifeguard facilities.

Unfortunately, visitors to the beach will not be able to reserve the squares. 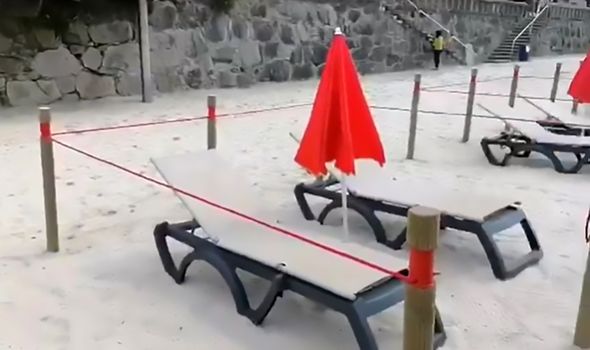 Reports state that 80 percent of Sanxenxo’s economy depends on tourism and the municipality intends to allow tourist activities respecting the health measures and restrictions of what has been called Spain’s “new normality” after the COVID-19 pandemic.

Galicia isn’t the only destination planning to divide beaches in such a way.

One section will be for older people and will boast a double walkway to help with access plus an assisted bathing service on request. 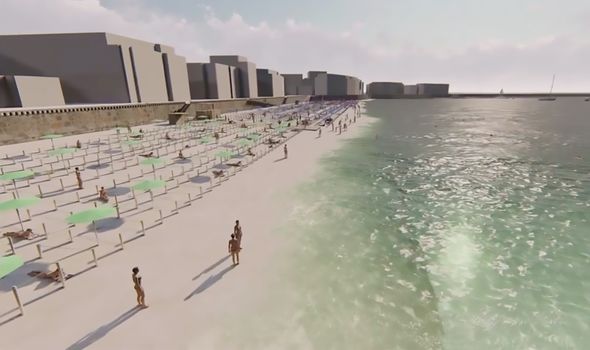 A second section will be for families with children and a third for adults without children, such as couples or groups of friends.

Each beach section will have its own services, including extra helpers and lifeguards and bathrooms.

Mayor Jaume Dulsat said: “Following the guidelines set by WHO (World Health Organisation), the objective of the plan is to make Lloret de Mar the safest possible destination, fully prepared to receive visitors during the tourist season this summer and without leaving room for improvisation.”