The Royal Family have many rules when it comes to travelling. It has recently been revealed that members of the family travel with their own bottles of alcohol as well as always travelling with a black outfit in their luggage.

Prince Charles and his wife Camilla, Duchess of Cornwall enjoy numerous trips both at home and abroad.

With Charles being next in line to the throne, it’s vital his wellbeing and security is prioritised.

Telegraph reporter Gordon Rayner, who has attended 20 royal tours, said the pair travel with their own alcohol.

The pair usually bring their own secret stash of alcohol when travelling for trips and there is a specific reason why they do this. 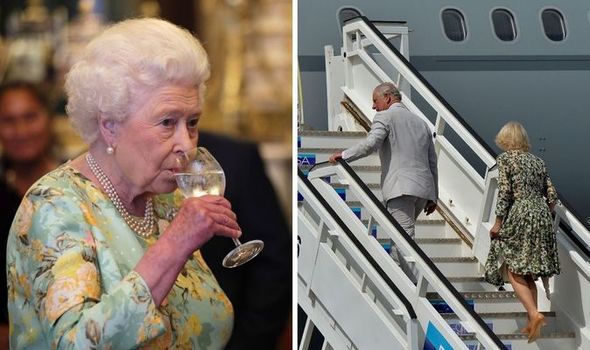 This is because they do not want their drinks to be spiked by anyone and when carrying their own, there is no risk of this happening.

However, the heir to the throne and his wife don’t actually carry the booze themselves.

This job is done by bodyguards whose job is to protect the royals at all times.

He also revealed what the couples favourite drinks are.

Prince Charles: What this special code really means when Prince of Wales travels

Camilla enjoys a glass of red wine whilst Prince Charles likes a gin and tonic.

Prince Charles also loves Laphroaig malt and even has a special Highgrove edition of the whiskey from Islay that he sells in his Gloucestershire estate shop.

It is believed that The Royals aren’t big drinkers but the Queen occasionally enjoys a tipple.

The former royal chef has revealed that Her Majesty enjoys a gin and Dubonnet before lunch. 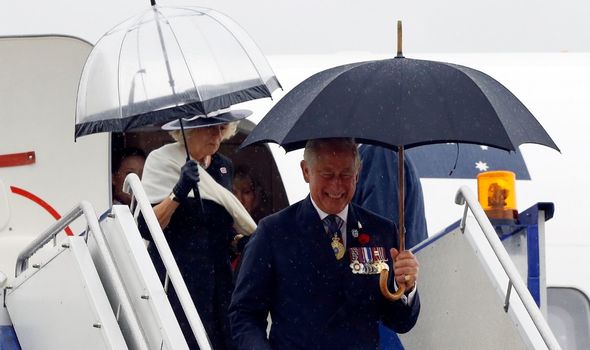 The chef also clarified that the Queen doesn’t drink every day.

He also spoke out after previous reports suggested that Her Majesty drinks four alcoholic drinks everyday, which would take her over the recommended alcohol limit of 14 units per week.

It was reported that as well as enjoying her favourite drink of gin and Dubonnet, the Queen likes to drink a glass of wine at lunch, a dry martini later in the evening and a glass of champagne before bed.

The Family also always pack a black outfit in their colour-coordinated luggage. This is specifically to be prepared beforehand if a family member dies during their foreign travels.

This is to ensure that the Royals are appropriately dressed when they come back to the UK from their trip.

It is also known that The Royal Family like to support their own country and when they do travel, they like to fly British Airways.

The Duchess of Cambridge is accustomed to flying the airline and both her mother and father have previously worked for the airline.