Sterling continues to struggle to gain any traction against the euro following a week of “rangebound” trading. Though Bank of England’s (BoE) monetary policy meeting is anticipated later today, experts say it is unlikely they will make many changes.

Instead, the coronavirus pandemic and subsequent global fallout continue to lead the way for traders.

Today’s Bank of England meeting will observe the UK economy’s current standing, though in the wake of new unemployment and rising coronavirus cases, experts suggest that it is unlikely there will be any major developments.

George Vessey, currency strategist at Western Union, commented: “Although no changes to policy are expected to be announced, the BoE is actively reviewing the prospect of Negative Interest Rate Policy (NIRP), which would likely weaken the pound.

“For now, it seems more likely the central bank will await more clarity on UK-EU trade talks before implementing NIRP, although money markets are already pricing in negative rates for early next year. 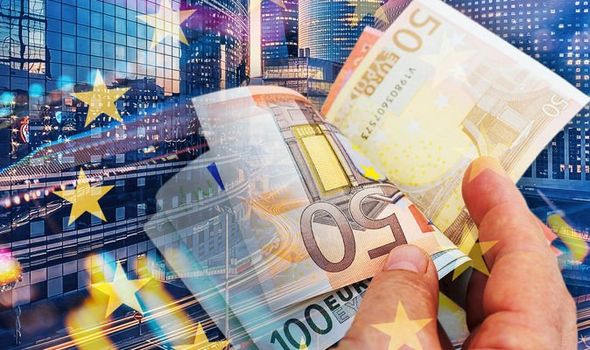 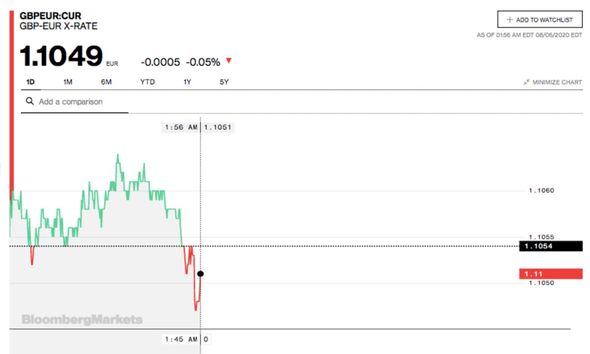 “Final UK PMI surveys will also be released this week, with manufacturing PMI today expected to confirm the sector remains in expansion.”

Ahead of today’s meeting, the pound is – at the time of writing – trading at a rate of 1.1049 against the euro according to Bloomberg.

“Sterling continued to trade in a rather rangebound manner against the common currency yesterday, with neither side of the pair having much in the way of fresh impetus to break out of the recent trading levels,” he said.

“This morning, the Bank of England are near certain to leave policy unchanged; while focus for the remainder of the day will continue to be on the latest coronavirus headlines.”

Recent developments have seen a second wave of the virus threatening Europe, with localised outbreaks occurring in parts of the continent.

In particular, Spain was hit with a sudden surge in cases which led to the UK Government making the decision to close the “travel corridor” with Spain.

Prime Minister Boris Johnson also insisted the Government would not hesitate to act if flare-ups of coronavirus occurred in other destinations. 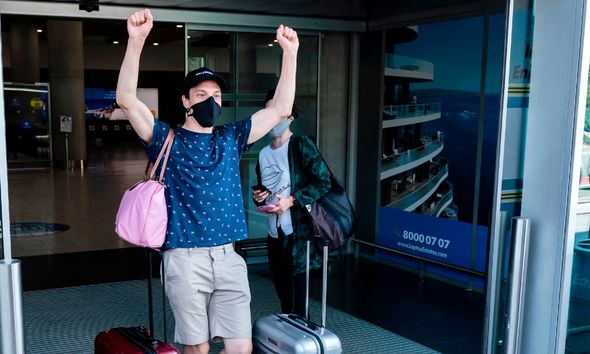 “I’m afraid you are starting to see in some places the signs of a second wave of the pandemic,” he warned.

Though travelling may seem like a point of uncertainty for many, it seems others are eager to get off on holiday.

Airlines such as easyJet have had to bolster their flight offering simply to meet demand in recent weeks.

Yet with struggling rates, how can Britons ensure they get the best travel money deals?

With most travel money providers now reopening after lockdown, the key is to shop around for the best rates.

Travel money cards are also a great way to secure the exchange rate at the tie of purchase.

However, the key is to prepare well in advance.

Ian Strafford-Taylor, CEO of travel money specialist FairFX, told Express.co.uk: “Whether you’re paying by paper or by plastic, the best thing you can do is to plan ahead.”