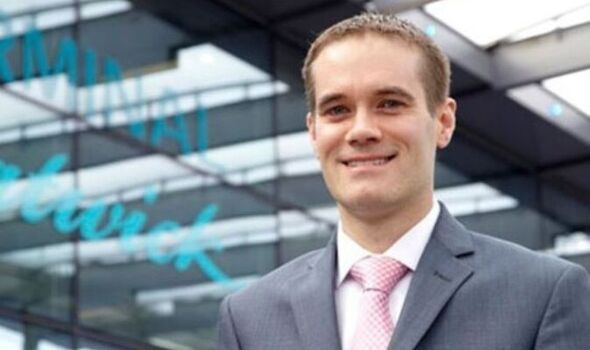 Manchester Airport passengers look set to be asked to arrive three hours before their flight for the rest of the summer, according to the hub’s new boss. Managing director Chris Woodroofe told the Manchester Evening News that customers had suffered a ‘poor’ experience and admitted lengthy peak-time queues would continue over the coming months – but promised to ‘get passengers on their way’ as they head through the holiday season.

Less than two weeks into the job, following the departure of his predecessor Karen Smart, Mr Woodroofe is realistic about the challenges ahead as the hub emerges from a pandemic which has crippled the travel industry, leading to queues at Manchester which extend into car parks, missing baggage, police rescues after flights failed to take off and thousands of passenger trips cancelled by text message.

But the former Gatwick boss also sounded a note of cautious optimism for brighter times ahead.

“On Day two I said to staff, what questions have you got for me? One of the obvious ones was ‘what attracted you to come to Manchester Airport?’ And of course it’s almost a question I was surprised to be asked in a way because you’ve got this enormous opportunity to take the airport in the North of England, my airport when I was growing up, and turn it into something that’s amazing.” 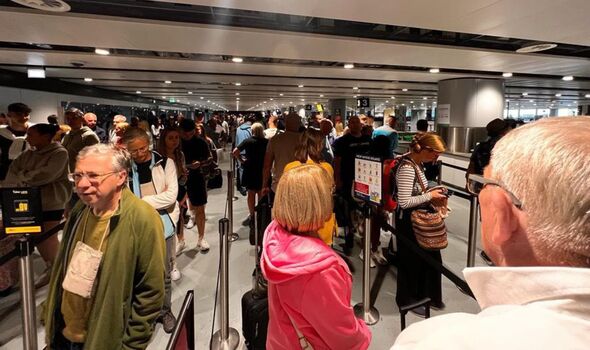 Mr Woodroofe accepts that not everyone shares his ‘positive sentiments’ about the hub of his youth, but said feedback on his appointment has included appeals for him to ‘make it better’. “You kind of feel like Manchester is behind you,” he said. “The people of the North are behind you. They want Manchester to be better, they are sorry about what’s happened in the last few months, but actually it’s about looking forward and making it the best it can be.”

Originally from Widnes in Cheshire, Mr Woodroofe, an engineer by trade, was chief operating officer at London Gatwick from 2016 to 2020. His most recent role was at Chevron Traffic Management, where he had overall responsibility for operational performance and driving growth.

He admits he hasn’t flown much out of Manchester of late, but says staff who do travel regularly through the hub report a ‘pretty decent experience’.

He added: “The big issues of earlier this year are behind us. Again, 11 days in, are we in a position to say it’s going to be like it was in 2019? No, there are still going to be difficult periods, we are still on a recruitment ramp-up and as a result, security officers are going to be fairly new and they are still finding their feet but you can see the positive steps in the right direction.

“The vast majority of passengers this summer are going to have a reasonable experience.”

Mr Woodroofe said his priority was to ‘get people away on their holidays without having lots of cancellations’, adding: “I’m sure we’ve all done what we can to line ourselves up to get everyone on their way. It won’t be the perfect experience that I would have liked it to have been but it will be an awful lot better than it was earlier this year and the important thing is they will get on their way.”

On the request for passengers to arrive three hours before their flight, Mr Woodroofe stressed that arrival should be three hours ‘on the nose’, as those passengers who arrive early can be ‘as unhelpful’ as those who leave it too late. 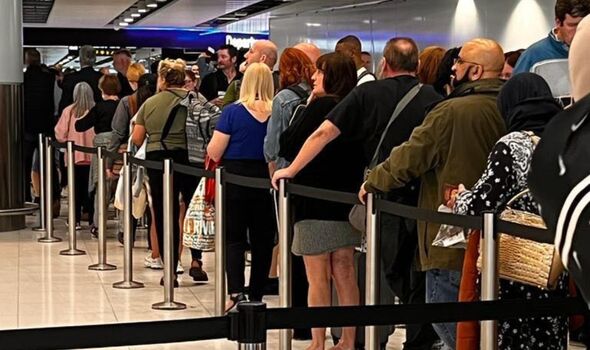 So what will queues be like over the summer?

In the new director’s previous role at Gatwick, the benchmark for security queues in 2019 was to get 95 per cent of passengers through in five minutes. In Manchester, it was 92pc within 15 minutes. It was hoped that the £1bn transformation of Terminal 2 into a high-tech ‘super hub’ would bring these figures into step, but the pandemic delayed its opening before travel restrictions resulted in mass redundancies and a staffing crisis when passenger demand surged.

As a result, Manchester is now aiming for 93pc of passengers to complete security in less than 30 minutes. It’s hoped this will soon rise to 95pc. With 50,000 passengers expected to travel through the hub every day, some will still be in queues of ‘up to an hour’ at peak times, it’s predicted.

“I don’t want people to imagine I’m content with 95pc of passengers in 30 minutes. It’s realistic of what the summer has to offer,” said the new director. “That’s the mathematics of my definition of a ‘reasonable experience’.

But passenger complaints extend beyond security, to baggage handling, check-in, Immigration, delays and cancellations – all the responsibility of the hub’s partner agencies and airlines. To that end, Mr Woodroofe says he has already met with the UK managing director of handling agents Swissport and ABM, with special assistance firm PRM and with the boss of DHL.

“What I want to open is a dialogue that says we’re having these conversations about where we are at because in that way we can help each other to be more successful. I don’t want to be having issues with passengers waiting a long time for bags to be returned.”

How will the staffing crisis improve?

The key to getting this ‘reasonable position’ is having enough staff in place to deal with the ‘surge’ in post-pandemic passengers following the mass redundancies brought about by the travel restrictions of Covid. Many of the workers who left the hub have now found other jobs.

This year, more than a thousand staff have been hired to replace them. Of those, 500 are now on the floor. A further 500 are currently going through security and background checks.

The staffing crisis has hit not only Manchester Airports Group (MAG), but also its many partner agencies, including baggage handlers and airlines. It’s led, when reports of travel chaos have been at their worst, to much buck-passing, with the spotlight at times falling on air traffic control, Government vetting delays and overly-prompt passengers.

“What’s interesting is the entire industry has never had to recruit the volumes of people it has in 2022 and I very much hope it never has to again,” said the new boss. “It came on like a switch so it doesn’t matter where you are looking, at the vetting background checks or the process of interviewing new people, it doesn’t’ matter which business you look at, the airports, airlines, ground handlers – it’s a massive ramp-up to deliver and it’s not one anyone ever had to do before.

Everyone, argues Mr Woodroofe, has been ‘behind the curve’. “And passengers have had a poor experience as result. As I look forward, we won’t have to do that in 2023, we won’t be trying to double or triple the size of the workforce, we’ll be back to a more standard process, and be much better placed in summer 2023, to give a similar experience to 2019.”

What does the future hold for Manchester Airport?

Even before the pandemic, Manchester Airport’s reputation had been through turbulent times. Queues are not a new phenomenon, while the introduction of drop-off charges in 2019, their increase since, parking fees and other costs like trolley-charging, have long been features of passenger reviews.

But Mr Woodroofe’s goal is to ‘move Manchester Airport on from where it was in 2019 and acknowledge that not all of it was perfect’. On the ‘one liner’ that the hub is the ‘UK’s global gateway in the north’, he said the ambition is to ‘make that sentence feel real’, adding: “Do I think there are some things other than security queues I need to get fixed in order to do that? Yes I do.”

Citing investment in Terminal two as a sign the hub is starting to compete on the ‘global stage’, he concedes there is ‘a lot of work to be done’ to ensure that was the standard experience for passengers. He said infrastructure investment needed to continue, while, once security queues were brought under control they would look at ‘how to make Manchester Airport even better’.

He added: “I don’t think these are pipe dreams, I think it’s possible. Airlines are going to compete with one another for passengers, that’s right and proper, but it’s in no one’s interest to have in general a poor experience so we need to find ways of saying if one or other has a difficult day, there are ways to sweep that up so from a passenger’s perspective, they don’t notice.”