Queen Elizabeth II sadly died yesterday, September 8, at the age of 96. Buckingham Palace announced the news on social media, confirming Her Majesty had died peacefully in the afternoon at Balmoral Castle. King Charles III returned to London today where he was greeted by thousands of people at the palace’s gates.

Britain is not the only country who has paid tribute to the Queen since the announcement of her death yesterday.

Countries across the globe have honoured Her Majesty by lighting up their most iconic landmarks in the colours of the Union Jack: white, red, and blue.

Flags have also been removed, or the Union Jack has been added to a mast beside another nation’s flag.

At the United Nations in Geneva, the individual flags of each country have been removed to leave only the UN flag flying at half-mast. 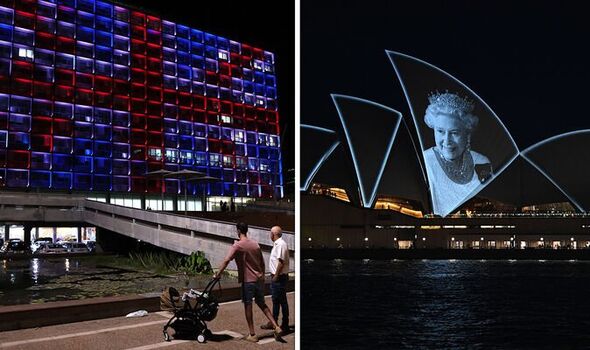 The American flag was flown at half-mast over the US capitol in Washington DC, and the Empire State Building in New York was lit up in purple in honour of the late monarch.

In Israel, the Tel Aviv municipality building was illuminated in the colours of the Union Jack.

The same happened in Brazil. The Christ the Redeemer statue in Rio de Janeiro was lit up in white, red, and blue, as the Brazilian government declared three days of mourning following the Queen’s death.

Closer to home, in Paris, the lights of the Eiffel Tower were turned off as the French capital paid tribute to the late monarch. 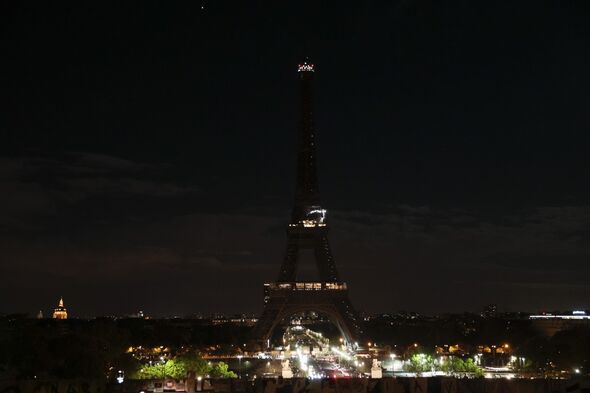 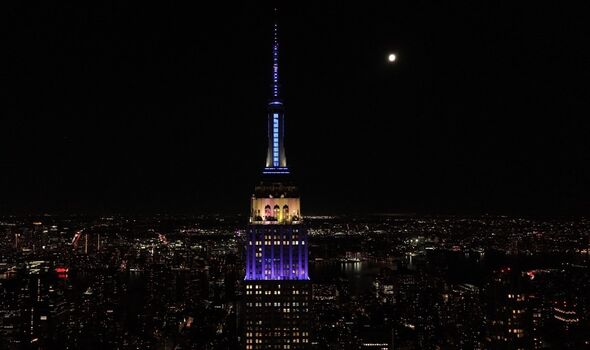 Meanwhile, the Queen’s royal cypher, “ER11”, was projected onto the Peace Tower of Canada’s Parliament Building in Ottawa.

In Australia, an image of the Queen was projected onto the sails of the Sydney Opera House.

In it, Her Majesty is smiling and donning a diamond tiara and matching necklace.

The White House said: “In a world of constant change, she was a steadying presence and a source of comfort and pride for generations of Britons, including many who have never known their country without her.

“An enduring admiration for Queen Elizabeth II united people across the Commonwealth. The seven decades of her history-making reign bore witness to an age of unprecedented human advancement and the forward march of human dignity.

“She was the first British monarch to whom people all around the world could feel a personal and immediate connection – whether they heard her on the radio as a young princess speaking to the children of the United Kingdom, or gathered around their televisions for her coronation, or watched her final Christmas speech or her platinum jubilee on their phones.

“She, in turn, dedicated her whole life to their service.” 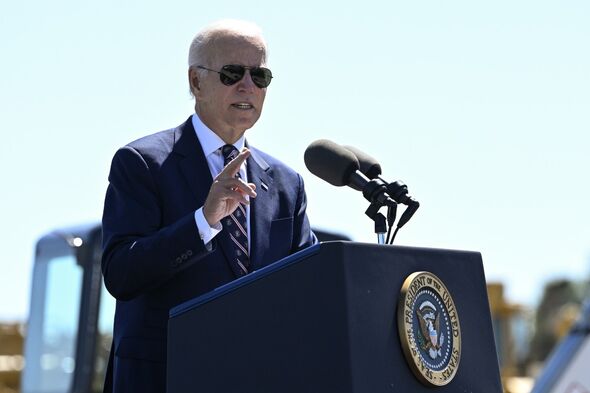 He said: “Her Majesty Queen Elizabeth II embodied the British nation’s continuity and unity for over 70 years.

“I remember her as a friend of France, a kind-hearted queen who has left a lasting impression on her country and her century.”

Canadian Prine Minister Justin Trudeau added: “It was with the heaviest of hearts that we learned of the passing of Canada’s longest-reigning Sovereign, Her Majesty Queen Elizabeth II.

“She was a constant presence in our lives – and her service to Canadians will forever remain an important part of our country’s history.”