The country’s hospitality industry is gearing up for big celebrations from June 2 to 5. Many hotels and inns are offering special packages over the bank holiday weekend.

The Goring in Belgravia is the only hotel with a Royal Warrant. It’s offering special Jubilee afternoon teas, a royal-themed dressing up box for children and menus inspired by dishes served during the Queen’s coronation. Doubles from £868 B&B with Coronation dinner, Jubilee tea and champagne (thegoring.com). 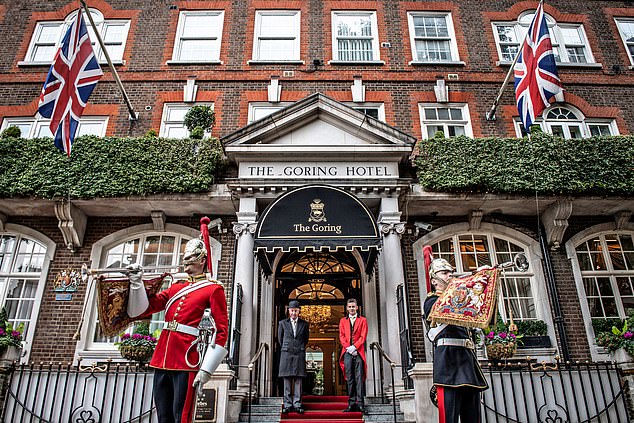 BEEDS FIT FOR A KING

Her Majesty visited Amberley Castle in West Sussex as a teenager. Book a double from £195 B&B over the Jubilee and a table at its Queen’s Room restaurant (amberleycastle.co.uk).

Guests named Elizabeth get a free glass of champagne at Glenapp Castle in Ayrshire when booking afternoon tea during the celebrations. Doubles from £530 and teas from £35 pp (glenappcastle.com). 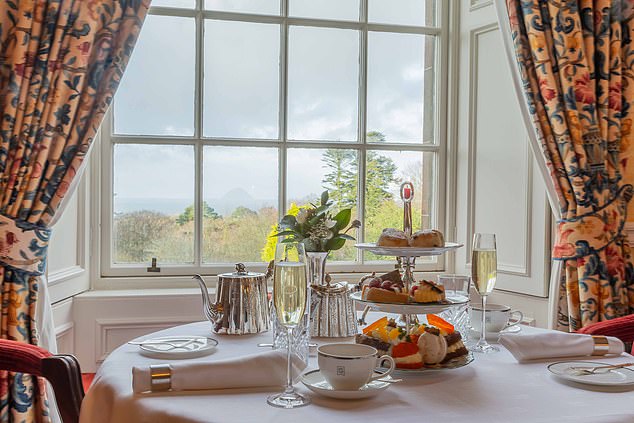 Thornbury Castle, built in 1511 near Bristol (and visited by Henry VIII), is offering Jubilee lunches on June 5 with a harpist, from £57 pp. Champagne teas from £47, and doubles from £249 B&B (thornburycastle.co.uk).

Stay at the Yan, a ‘bistro with beds’ near Grasmere in the Lakes, and take part in a foodie street party on June 5. Doubles from £155 B&B including Pimm’s and cake on arrival, plus street party entry and food (theyan.co.uk).

Throughout the summer, Pennyhill Park in Surrey will serve Platinum Jubilee afternoon teas with coronation chicken sandwiches and gin-and-Dubonnet parfaits. From £42.50 pp; doubles from £545 B&B during the Jubilee (pennyhillparkhotel.co.uk).

The Biltmore Mayfair hotel in London has a Corgi afternoon tea on May 27, during which dogs and their owners will gather for a Jubilee celebration. Tickets £75; doubles from £578 B&B on the Jubilee weekend (hilton.com). 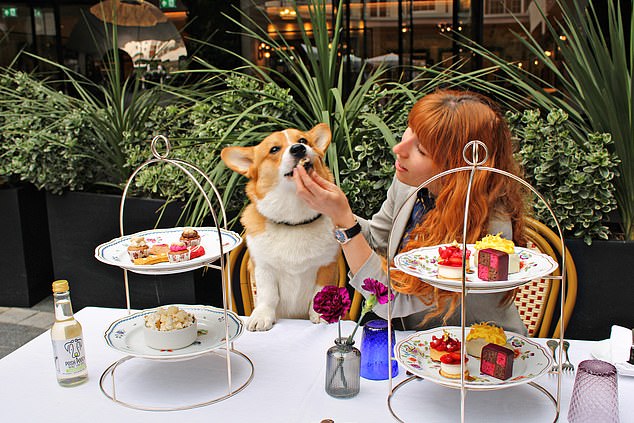 Jubilee menus will showcase British cooking at the Coniston Country Estate Hotel and Spa in the Yorkshire Dales from June 2-5. Expect Charles Dickens-themed monkfish. Three-courses from £40; doubles from £139 B&B (theconistonhotel.com).

IN THE THICK OF IT

Citadines apartment-hotel still has rooms sleeping four in London over the Jubilee weekend. Citadines Trafalgar Square (from £229 a night) is close to Buckingham Palace, while Citadines Barbican (from £199) is near to St Paul’s (discoverasr.com).

From May 21 to July 17, the Swan at Lavenham Hotel & Spa in Suffolk is offering Fit for a Queen afternoon teas with Queen Elizabeth II chocolate cake and Dubonnet cocktail-flavoured macaroons. From £25 pp; Jubilee doubles from £238 B&B (theswanatlavenham.co.uk).

Queen’s Jubilee Afternoon Teas with caviar and Royal Union Jack Cupcakes are available at the Castle Hotel Windsor; from £30 pp. Three-night stays with breakfast, afternoon tea and dinner, plus tickets to Windsor Castle and a bus tour from £1,036 per room (castlehotelwindsor.com). 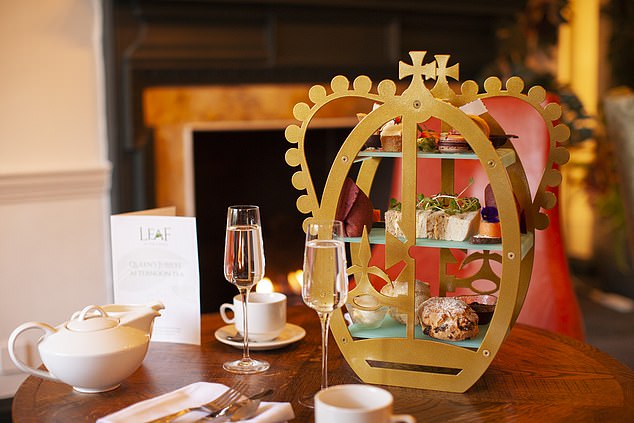 Coronation chicken sandwiches, scones and Jubilee cocktails will feature at the Angel Hotel in Abergavenny (from £44). Meanwhile, its restaurant will offer 1950s-inspired dishes such as potted shrimp; three courses from £44. Jubilee doubles from £185 B&B (angelabergavenny.com).

The Queen has been spotted at the Sheep Heid Inn in Edinburgh in the past. It’s said to be the oldest pub in Scotland, at 650 years old. Three courses from £30 (thesheepheidedinburgh.co.uk).

Ellenborough Park in Gloucestershire has Jubilee Escape packages with doubles from £270 B&B including afternoon tea with a glass of Kir Royale (ellenboroughpark.com).