Nice to meet you: Handshakes and hugs are out — so what’s the new global etiquette?

Arriving at the Prince’s Trust Awards in March, Prince Charles was about to go in for a handshake when, mindful of social-distancing rules, he quickly changed tack.

He offered a namaste instead, putting palms together with his fingers pointing up — the traditional Hindu salutation.

Handshakes and hugs were abandoned overnight when the pandemic took hold. 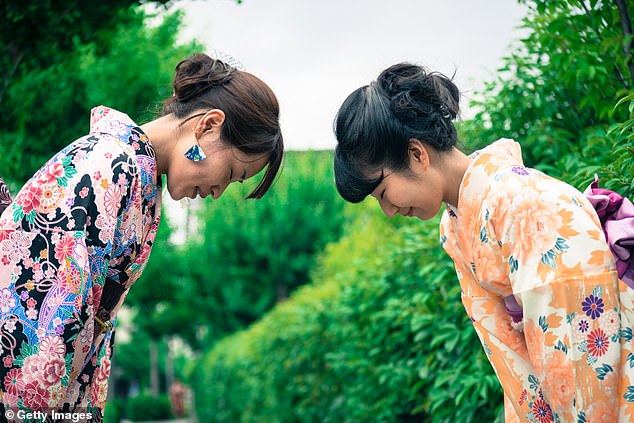 New normal? In Japan, people tend to greet one another with a formal bow

Such changes in greetings may mean air kisses on an eventual trip to France are met with a Gallic shrug, and the Maori hongi, where people press their noses and foreheads together, is consigned to history.

Anthony Fauci, a leading U.S. public health official, has said: ‘I don’t think we should ever shake hands again.’

It’s a hard habit to break. The humble handshake dates back to Ancient Greek and Roman times, and featured in their art as a symbol of peace.

It’s believed it was born out of distrust, however. Romans grasped each other’s forearms to check there were no daggers hidden up their sleeves. But there are alternatives — and not only the ‘Wuhan shake’ foot-tap.

The Thai wai, for example, involves bowing your head with your palms together, as a gesture of openness. It’s popular in south-east Asia and is used in prayer and dance.

Meanwhile, the formal bow was introduced to Japan between the 5th and 7th centuries, and remains de rigueur in a country that prides itself on etiquette. 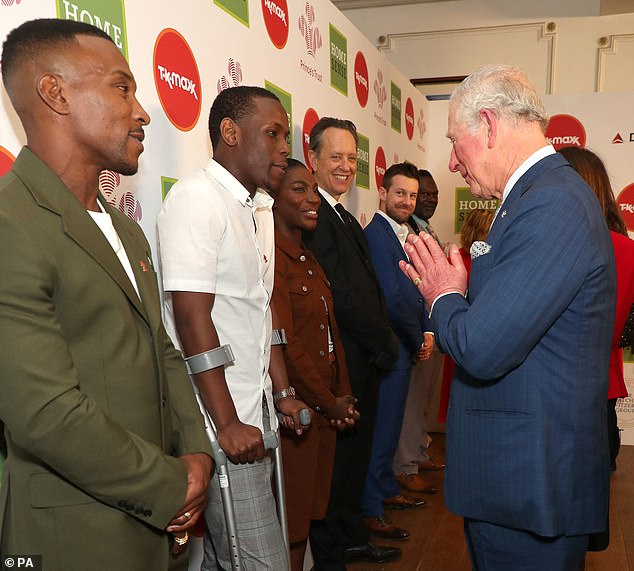 At the Prince’s Trust Awards in March, Prince Charles offered a namaste rather than a handshake

We could adopt this for formal settings, with the degree of bow matching the level of respect you feel for one another.

For a spiritual symbol, look to the Middle East. Place your right hand on your heart, sacred in Islam as the seat of the soul, and say, ‘As-salaam alaikum’ (peace be upon you).

The Hawaiian shaka sign, with the three middle fingers curled and thumb and little finger extended, could even be adopted beyond the surfing community, who know it as meaning ‘hang loose’.

Or there’s the Zambian ‘cup and clap’ — cup your hands together and clap a couple of times while saying, ‘Muli bwanji’ (how are you?).

But back to the namaste. In Sanskrit, it means ‘the highest in me salutes the highest in you’. It’s appropriate at a time when we’re meant to be appreciating each other more, while keeping our distance. Prince Charles may have set a trend.

Tags: -, and, Are, Handshakes, hugs, out
You may also like:
Recent Posts