Great British boltholes: The lavish hotel in Hereford that feels like it’s been plucked from 1930s New York

There’s an otherworldly feel to the Green Dragon, as if it’s been plucked from a 1930s New York neighbourhood and set down in the heart of Hereford.

Perhaps it’s because of the brick rear with fire escapes spanning much of the street or its sparingly dressed, capacious bedrooms, running down corridors as far as the eye can see.

This is pure fancy; slithers of history have been lain down at this once-humble inn site for more than 900 years. Stonemasons stayed here in the 11th Century while working on Hereford Cathedral, and it took in pilgrims and wealthy travellers as a grand coaching inn and later as a swish society hotel, hosting guests such as Admiral Lord Nelson and composer Sir Edward Elgar. 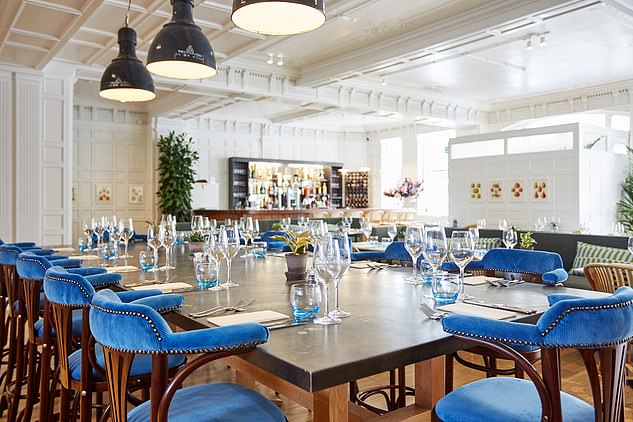 Taking off: Inside the refurbished Hereford Bar and Brasserie

Today, the lavish refurb across vast public rooms, matched by the flair delivered in hospitality, suggests serious financial input. No surprise that entrepreneur Luke Johnson (late of Pizza Express and Patisserie Valerie) is an investor.

Family gatherings and a wedding party were absorbed here without other guests being compromised.

The decor never shies away from colour, and the confident mix of modern glamour and vintage, plus plenty of table lamps and fresh flowers, gives it appeal for all ages. 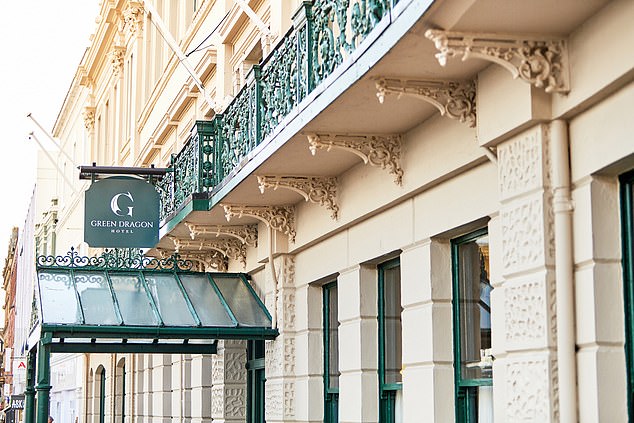 Choose from two bars, or head to the Garrick Lounge where you can sink into a velvet sofa or comfy wing chair to take afternoon tea with bottomless prosecco.

Wall-to-floor 1920s panelling has been whitewashed (shame) in the Hereford Bar and Brasserie, so now has a fresh, contemporary vibe with brilliant blue booths for dining. 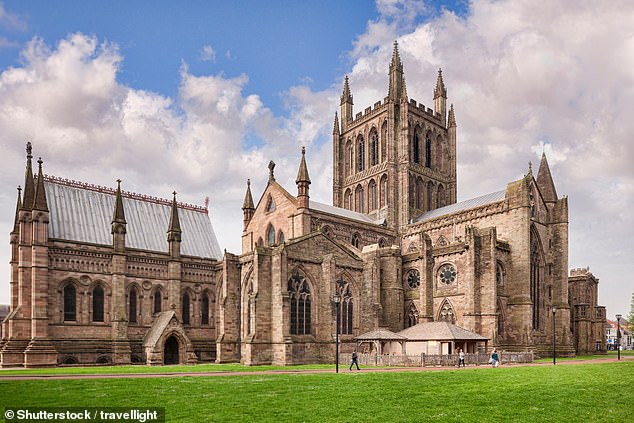 Hereford Cathedral is located just down the street from the hotel

You only need walk to the end of the street to find the cathedral, so carve out a swathe of time here. It’s also home to school-trip favourite the Mappa Mundi – the largest medieval map of the then-known world, which is mesmerising close up.

And in a nave aisle you’ll find the rather moving Special Air Service memorial (the unit is based in the county). Below a stained-glass window in waves of blue is a stone sculpture which reads simply: Always a little further.

The USP: Glorious amounts of space make this hotel great for entertaining and being entertained.

The rooms: Light on furnishing but expensively kitted out with textured linens and headboards in jewel tones plus a bathroom big enough to swing several cats.

The food: From fish and chips and steak to tarragon chicken and sea bream with shrimp risotto, a short menu serves the classics well. Breakfast is an excellent spread – from juicy berry, yogurt and granola pots to a generous full English with local sausages or golden scrambled eggs.

Tags: A, boltholes:, British, Great, rev
You may also like:
Recent Posts