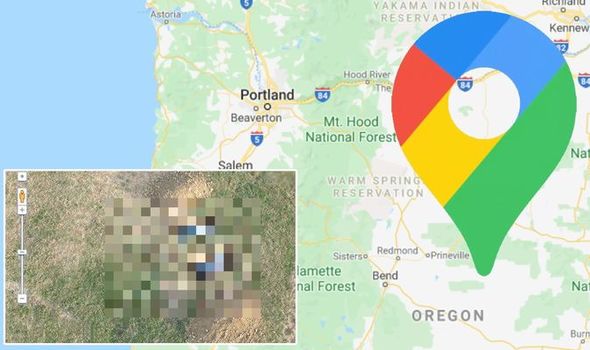 Google Maps is used by most folk for directions or locating places. However, sometimes images snapped by the internet giant end up going viral. Sometimes these photos are funny or creepy, or sometimes just plain baffling.

One strange scene apparently captured by Google in the USA is very disturbing indeed.

The aerial shot shows what at first glance appear to be two open graves.

A man is lying in each ‘grave,’ and both are wearing a white T-shirt and blue jeans. 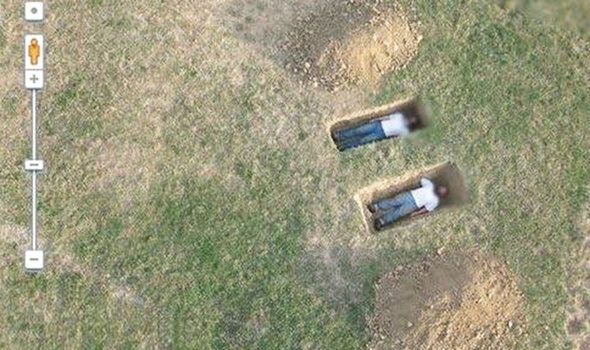 Mounds of dirt are piled up next to them on the grass suggesting the holes are freshly dug.

What has happened here? Has Google snapped a pair of corpses? Or is it a prank?

Bodies are usually buried in coffins, and the mens’ clothes are clean and they don’t appear to be mortally wounded… so surely they aren’t dead?

The answer, thankfully, is that no, the pair are not deceased.

In fact, the men are in the process of carrying out a piece of performance art and no one knows how the image ended up on Google Maps.

The duo are married and have been a couple for over 25 years.

They currently have a show running at Western Exhibitions art gallery in Chicago, USA. 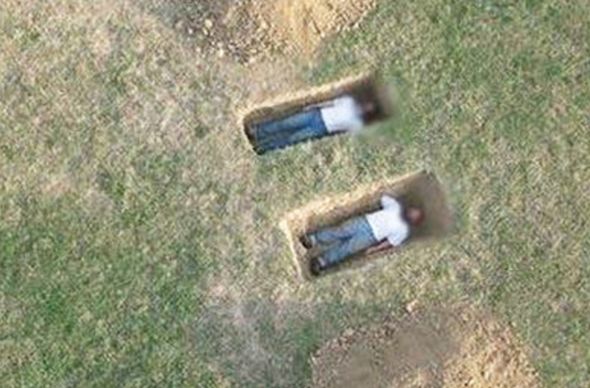 “They then lay in the grave and dig sideways so that they can hold hands eternally, metaphorically speaking.

“This iteration of the piece was completed in Portland, Oregon as part of the Time Based Arts Festival put on by the Portland Institute of Contemporary Art.

“The festival provided a crane so that this piece could be photographed straight-on, from a distance.” 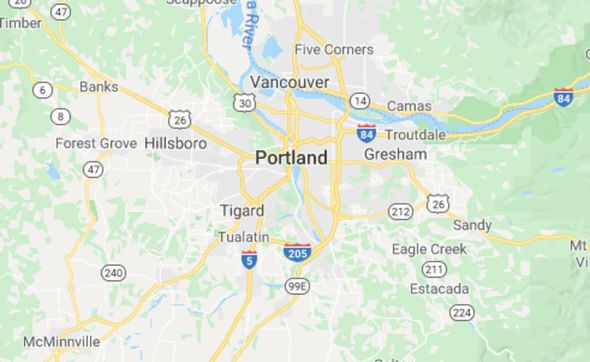 Miller, in an interview a few years ago stated that “mortality is a theme that runs through a lot of the work”

He said: “I think as we have gotten older it comes through more prevalently just because we are dealing more with mortality in a way.

We’re not that old, but we’re not twenty. You don’t think about that so much when you’re twenty. Well, I don’t think I did.

“We’ve also read some Derrida and one of his ideas about friendship is that, ‘When you become friends with someone, really truly friends with them, at that point you begin mourning because you know one of you will die before the other one.’

“That’s particularly true in romantic relationships. It’s just in some ways a plain fact, but in other ways it shows you have to have a really strong emotional bond to face that.”

You can visit Miller & Shellabarger’s show on Western Exhibitions’ website and on Artsy.