Google Maps Street View is a navigation tool which helps people navigate around the world. However, it often captures strange and bizarre sightings in different destinations across the globe. One image has gone viral after being shared on content-sharing site Reddit.

The Google Car has captured what appears to be a truck driver in a very awkward position.

Many body parts are missing, including the bottom half of his body and his left arm.

He appears to be holding the camera with what looks like a cloth.

It also looks like he could be pushing the camera away. 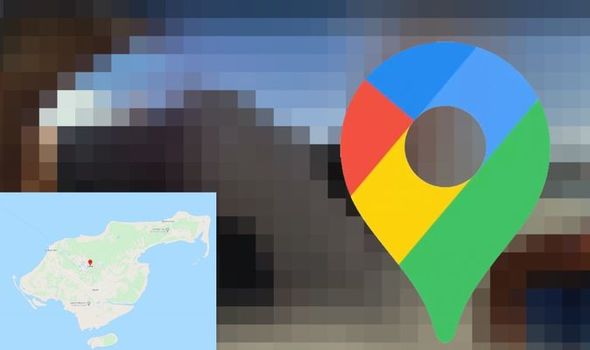 His right arm is lent up against the camera or Google Car and he appears to be backing away from it.

This photo has been captured in a docklands area of Læsø, an island located 19 kilometres off the northeast coast of the Jutland Peninsula, the Danish Mainland.

It also looks like his body has been cut in half as his left arm is nowhere to be seen.

The bottom part of his body has also completely disappeared.

Although the scene is bizarre, there is likely a rational explanation for what can be seen.

However why he was caught so close to the Google Car camera has no explanation.

His right arm is nowhere to be seen which could be as a result of a glitch. 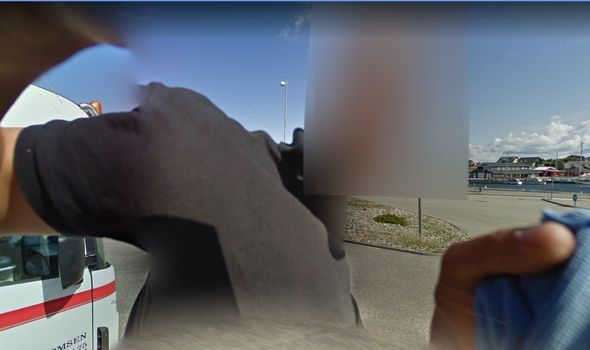 Moving objects can often ruin the scene as they shift when the photos are taken.

The man’s face is also blurred out due to privacy reasons – something which Google takes very seriously.

The website states: “Google takes a number of steps to protect the privacy of individuals when Street View imagery is published to Google Maps.” 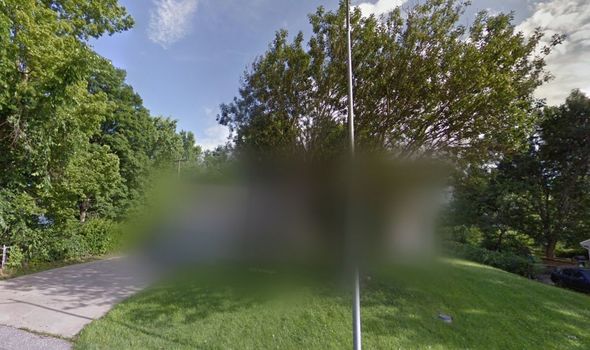 This means that all faces caught on street view are unidentifiable.

Houses can also be blurred if the owner wishes for it to be.

This is the case for a house in Kansas City, Missouri.

The American House appears to be on a perfectly normal street and the building itself doesn’t look to be out of the ordinary.

Even the car in the front driveway is blurred completely and unidentifiable.

Nevertheless, Google or the homeowner has decided the public should not be able to view the house.

Google Maps Street View captures all kinds of weird and wonderful scenes but takes privacy very seriously in all cases.