Planes see thousands of passengers pass through them each day which means it can be quite hard for airline staff to keep on top of cleaning in-between flights. However, it has also been revealed that various drinks and food items may have a serious health risk associated with them due to the irregular cleaning of aeroplanes.

According to a 2019 Airline Water Study by a University in America, many airlines provide passengers with unhealthy water.

The testing found the presence of microorganisms in the water which included bacteria.

A plane’s water can become contaminated in many ways.

This includes contamination when water is boarded onto the plane and then if the water tank itself hasn’t been cleaned out. 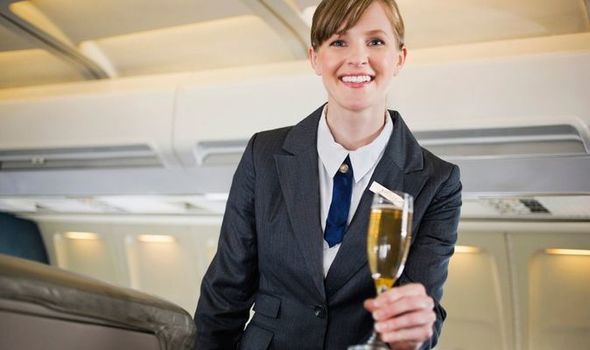 Airlines never publish how often they clean their water tanks but many flight attendants assume it isn’t regularly enough.

This means that even cabin crew don’t touch tap water onboard a plane and opt for bottled water like all passengers should.

This rule applies for coffee and tea too because the water comes from the same tank.

Even though the water is boiled, it is advised to avoid these drinks altogether as germs could still be present and make you sick.

Jay Robert, flight attendant confirmed this to be true and gave some important advice for passengers.

He said: “I have even spoken to other crew who have become very sick after drinking hot beverages from an aircraft.

“But it’s not just about the aircraft’s tanks or pipes.

“The flight you are on from London or Los Angeles might just have returned from an underdeveloped country that wouldn’t have the same high sanitation levels as the country you are in now.” 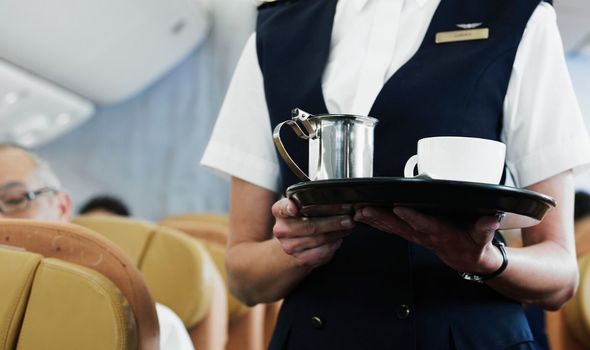 It is also recommended to carry hand sanitiser and to use it after visiting the bathroom onboard as that water also comes from the same tank and poses potential health risks.

Travellers may also be shocked to learn that the food onboard might not be the best for you either.

Airline food safety expert Jean Dible explained that although on-board meals are held to strict safety standards the risk of bacteria can be bigger while flying due to the delay from when the food is prepared to when it is served.

She said: “In the restaurant industry, food is cooked and served without delay. In the aviation industry, food is prepared at a catering company and then packed in insulated containers and trucked to airports to be put aboard the aircraft.” 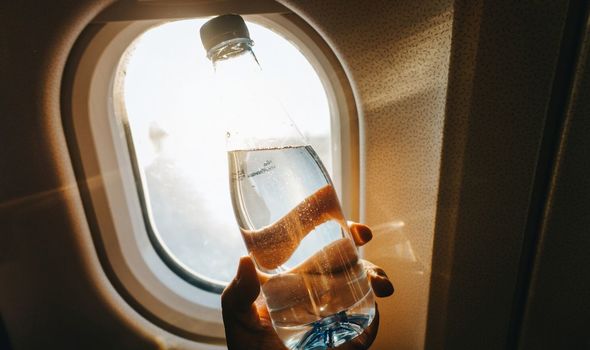 She explained how fruits that sometimes come with the breakfasts onboard could have been chopped hours ago and are now warm and soggy.

However, when passengers receive them, they tend to be cold and crisp which is down to the preservatives that are added to keep them fresh, which makes them unhealthy.

Jean explained that food can be held at the incorrect temperatures and for food items including dairy this is crucial and could make a passenger very sick.

Therefore, it is always advised to buy food and drink at the terminal before boarding or reaching until your destination.