If you have a long weekend to spare, track the River Ouse from source to sea. Starting near Horsham in West Sussex, the 42-mile Sussex Ouse Valley Way passes through both the High Weald Area of Natural Beauty and the South Downs national park. You will cross fields and walk through woodland as well as the extensive Nymans Garden, owned by the National Trust. The route passes under an impressive Victorian railway viaduct near Balcombe and takes in the historic county town of Lewes before a stretch of flat riverside walking as you approach the coast and the finish at Seaford Bay in East Sussex.
Alison Field 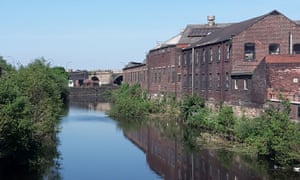 The “five weirs” route along the River Don from Lady’s Bridge in Sheffield to Meadowhall is a lovely six-mile walk (see gpsroutes.co.uk). At Meadowhall you can head back to town along the canal, or continue to Rotherham along the river (three miles). The path is mostly flat and wide, so is suitable for different levels of ability and there are public transport options (tram, train, bus) to easily return back to your starting point. Lots of options for food and drink at either end. It’s surprisingly quiet given its location, with herons, kingfishers and even otters to spot, and local nature reserves to explore just off the route. Look out for the Spider Bridge.
Clare

Readers’ tips: send a tip for a chance to win a £200 voucher for a Canopy & Stars stay

Every week we ask our readers for recommendations from their travels. A selection of tips will be featured online and may appear in print. To enter the latest competition visit the readers’ tips homepage 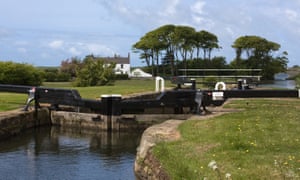 The port-to-port walk from the city of Lancaster to the small village of Glasson Dock is a trip through our Georgian past and industrial heritage. Starting at Skerton Bridge, England’s first flat road bridge, which influenced London and Waterloo Bridges, you soon pass Kevin Dalton Johnson’s memorial to the slave trade, Captured Africans. This is the start of a row of warehouses and a custom house, now the Maritime Museum, where sugar and cotton arrived from the west. From there it’s a six-mile walk by the river on the old railway bed to the sound of oystercatchers, sanderlings, ringed plover and curlews until you reach Glasson, with smoked fish and boats aplenty.
Michael Gibson

What’s a bastle? Find out in Northumberland 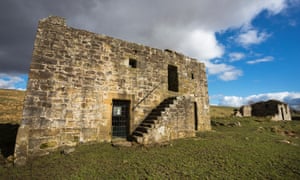 The Tarset Bastle Trail, near Kielder Water in Northumberland, is a dreamy walk through forests and wildflower meadows, and alongside babbling Tarset Burn through a varied landscape. There are trails of eight, four or three miles starting from Greenhaugh. The terrain is easy and punctuated by romantic ruined bastles – fortified 15th-century farmhouses.
Lorna Watkins 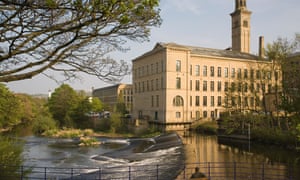 From historic Saltaire to charming Esholt, this walk takes in varied terrain along the banks of the Aire, and is rough underfoot in places. Parking at the (free) car park in Roberts Park, head east along the river, crossing it on busy Otley road then taking Dockfield Road. Turn left on Dock Lane and cross the footbridge to pick up the river bank trail again. From here, continue straight to the charming village of Esholt, with its 17th-century manor and the famous Woolpack pub where you can have a pint before turning back for Saltaire. The route is about 3.7 miles each way, and there are heron, pochard and kingfisher to be seen. For an easier route, follow the canal towpath until Buck Lane.
Sinead Garry 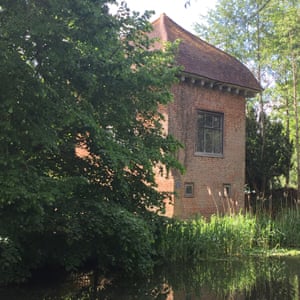 Walking the length of the Wey & Godalming Navigation from the Thames to the Town Bridge in Godalming (19.8 miles) is easy to do over a few weekends and has parking available at the locks along the route. It lends itself to a series of two- to three-hour hour walks (out and back) and has some lovely countryside and interesting landmarks along the route. These include John Donne’s House (pictured), the ruins of Newark Priory and a number of second world war pillboxes. There are plenty of pubs to stop off at and lots of wildlife to see such as swans, geese, dragonflies and butterflies.
Carly Wilton 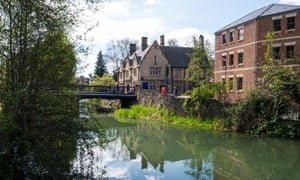 The Oxford Castle Mill Stream walk (3½ miles) follows a historic but little-known stream from the Thames at Oxpens Meadow through backstreets of the city, up alongside the canal. It then loops round the bottom of the old freemen’s field, Port Meadow, to rejoin the Thames at a popular swimming spot. You can walk back to town without retracing your steps by following the Thames Path south along Fiddlers “Ait”, a Thames-region word for an island formed by sediment, broad enough only to carry the path.
Joanna Innes 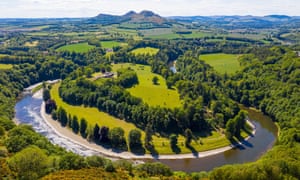 Walking along the River Tweed from Abbotsford (home of Sir Walter Scott) is a joy. A tranquil eight-mile stroll takes in a scenic circular route past the gorgeous market town of Melrose, where you can meander through the abbey with an ice-cream. You walk along railway line paths and tracks that Scott himself established. You get to take in the majesty of the Tweed where salmon and trout make ripples on the golden water. This is easy terrain to navigate and is a good day out with kids and older people alike.
Ciaran Earle 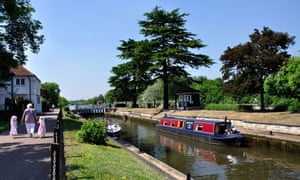 Start at Staines Bridge, and on the Egham bank walk along the towpath to Runnymede: you’ll go under the M25 and shortly after pass Bell Weir Lock. When you reach Runnymede Pleasure Gardens, head for the Kennedy Memorial and continue up Coopers Hill (visit the RAF Memorial if you’ve time). Find your way to Bishopsgate Road and enter Windsor Great Park. Go through the gates to the Deer Park and then down the Royal Mile to Windsor and return to Staines by train. It’s about eight miles: we used to do this walk often when we lived down south. Plenty of opportunity for refreshment stops.
David Newstead 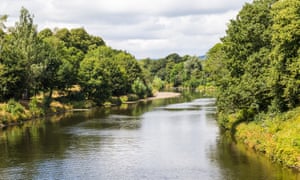 Cardiff is a mercifully compact city with a green heart, through which runs the river Taff. You can pick up the Taff Trail in Cardiff at Westgate Street Bridge and embark on a leisurely, flat and accessible six-mile walk to Castell Coch and on the way stop for a coffee and cake in Sophia Gardens, the cricket ground. The trail is well signposted and suitable for wheelchairs. You will be amazed how within five minutes of walking you will never believe you were in a city centre: herons, swans, dragonflies and the splendid trees and sculptures of Bute park arboretum will keep you company until you reach the weir at Llandaff and onwards to the “red castle”.
Gareth Hopkins 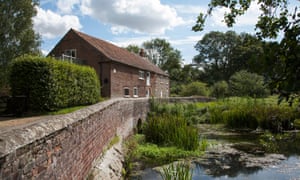 This is a stunning six-mile circular walk along the banks of the Nar, starting from Castle Acre village (free parking around the Bailey Gate and green). Set off heading away from the village, with the church on your left, and head down towards the priory (signposted) keeping the remains of the flintstone wall on your left. The tracks after this are narrow at times and not suitable for prams, thought there are some boardwalks. There are quite a few narrow plank bridges to cross. The chalk stream is beautifully clear and nice for a little dip if you want to. It is always very quiet – you rarely see more than a handful of people the whole walk, so it’s particularly good for social distancing. The full circle takes around two hours.
Laura Fowler