GMB guest compares her Dubai lifestyle to living in the UK

In the midst of a cost of living crisis, many Britons might be looking to other nations with hopes of earning more money and leading a more comfortable life. Though there are hundreds of nations around the world where travel-hungry Britons could escape to, new research has uncovered the number one destination hopeful expats are looking to.

The study conducted by overseas jobs specialists at Anywork Anywhere analysed UK Google search data over the course of the last 12 months to see which destinations were high on the agenda for British expats.

Based on their research, the city of Dubai in the United Arab Emirates has gained a lot of interest.

A spokesperson for Anywork Anywhere said: “There has been a huge growth in searches for jobs in Dubai, where there is no income tax on salaries or wages paid, suggesting Brits are looking to take advantage of these benefits.”

As well as its tax perks, Dubai is also known for its luxury shopping, ultramodern architecture and lively nightlife scene.

It’s also a haven for sun-seekers, with near perfect hot temperatures for an average of eight months of the year.

An estimated 240,000 British expats already live in the metropolis, with more than 200,000 new arrivals each year from all over the world. 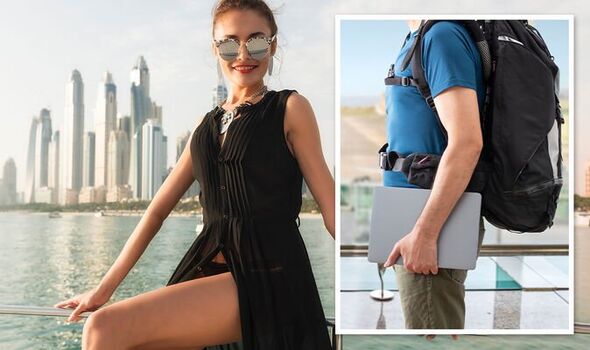 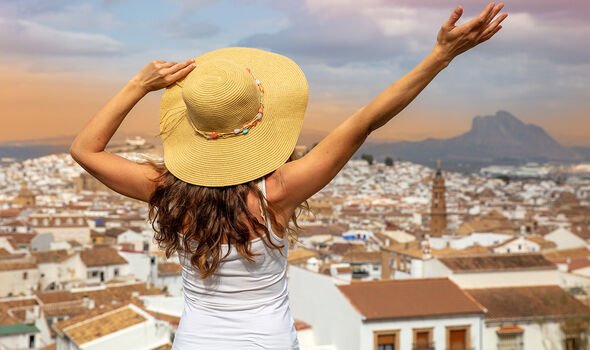 In second place is Canada, a destination that has been popular with British expats for hundreds of years.

Based on the data, search enquiring about moving to Canada is up 52 percent year-on-year.

Research by Moving2Canada.com estimated that more than 600,000 residents of Canada are British born.

Close behind Canada was Australia, where search interest has grown 50 percent in the last year.

The office of Home Affair’s for the Australian government reported that by the end of June 2020, almost 1.2million people who were born in the United Kingdom were living in Australia.

One of the nation’s greatest draws is the incredible year-round weather, perfect for enjoying the bountiful nature on offer.

Furthermore, PassportDownUnder said: “Australia really excels when it comes to quality of life for many reasons which include; the weather, higher quality food, a better work-life balance, higher wages and shorter working days, as well as more public holidays.” 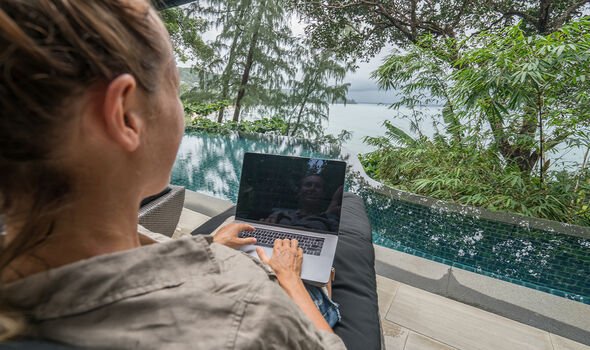 Spain is a much-loved destination for Britons hoping to retire in the sunshine, however there is also plenty of search for those looking to work overseas, according to the Anywork Anywhere research.

Data from Numbeo states the cost of living in Spain is, on average, 21.17 percent lower than in the UK.

It seems plenty of Britons are dreaming of chasing the American dream, with the US ranking in fifth place.

Search trends for relocating to the US for work have grown 22 percent year-on-year.

Though moving to the US can be a complicated process, many employers will help potential employees through the immigration process in order to pursue work.

Career opportunities is listed as one of the main reasons people relocate to the US by VisaPlace.

DON’T MISS
New date announced for when Britons will have to pay to visit the EU
The safest tourist destination in Europe is ‘amazing’
‘Too risky’: Flight attendant on the flights you should never book 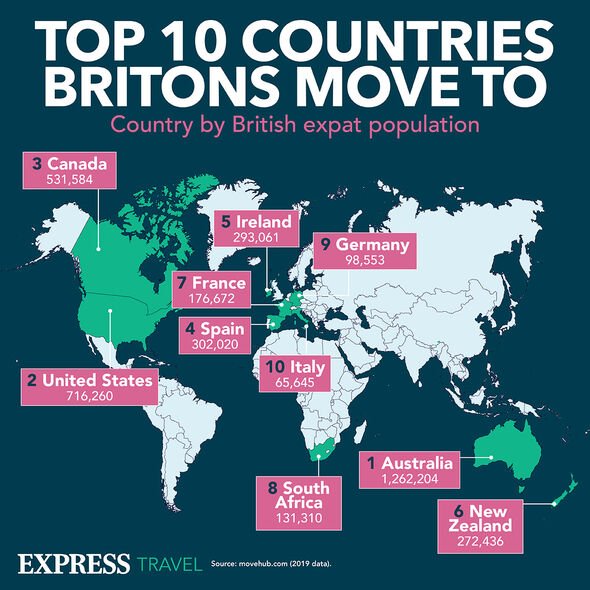 Italy is the sixth most popular place for Britons looking for work overseas.

Gov.uk reports: “Most Britons have settled in Italy to work (34 percent), while smaller numbers moved to be with their families or retire, 29 percent and 27 percent respectively.”

New Zealand can be an attractive option for those seeking a warmer climate and more time enjoying an outdoorsy lifestyle.

Around 80 per cent of New Zealanders have some British ancestry and an estimated 17 percent are entitled to British nationality by descent.

As of 2020, iexpats reported an estimated 115,000 British expats were living in the country.

Around 148,000 Britons live in France currently and over 10 million visit the country each year for tourism purposes.

The Ile-de-France region, which includes Paris, is one of the most popular places for expats to live.

Numbeo reports that although consumer prices are 8.30 percent lower in the UK than in France, rent prices in UK are 23.01 percent higher than in France.

Completing the top 10 is Thailand, a nation which has already attracted an estimated 55,000 British expats.

Though many people move to Thailand to enjoy a relaxing, sun-filled retirement, there are still plenty of reasons to head to the Asian destination for work.