As lockdown restrictions begin to ease after over two months, the majority of Americans still worry that politicians have pushed for the country’s reopening too quickly in efforts to revive the floundering economy.

Fearing a second wave of COVID-19 infections as regular activities resume—yet, keenly feeling the effects of prolonged cabin fever—many are planning to escape their homes this summer while doing their utmost to remain in relative isolation. Which is why searches for and sales of recreational vehicles (RVs) have already spiked in the lead-up to Memorial Day weekend, traditionally the start of the U.S. camping season.

As a “home away from home,” an RV promises a perceived sense of safety in isolation that no hotel or resort can provide, although the accommodations are perhaps not as glamorous. And, it means that friends and families can escape the confines of their quarantine shelters out into the wider world without having to contemplate the potential health hazards associated with air travel or cruise vessels.

Mike Regan, who owns two RV dealerships outside of Austin, Texas, told Bloomberg that floor traffic is up 30 percent over May 2019 and he’s seeing such a boom in business that his supply of trailers and motorhomes may not be enough to satisfy demand.

Dealers are, indeed, reporting droves of customers in showrooms and many of them first-time buyers, said Bob Martin, CEO of Thor Industries, Inc.—one of the nation’s two largest publicly-traded RV manufacturers. “Every dealer that I talk to is just blown away by the reaction of people that have never even thought about an RV,” he said. “A lot of people are really going to look more at this lifestyle.”

While the pandemic forced a massive number of Americans to cancel their spring and summer vacation plans—due to travel restrictions, airlines slashing their schedules and cruise ships being barred from sailing—41 percent of RV owners reported their existing camping plans remained unchanged, and thirteen percent said they were merely postponed, according to Kampgrounds of America. 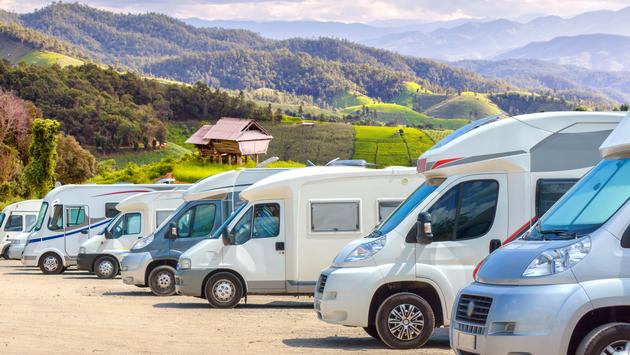 Historically, heightened sales of motorhomes and travel trailers (the kind you hitch up to your car or truck) have signaled the end of a recession, but this time it’s different. Sales are spiking as the U.S. enters its worst economic contraction since the Great Depression.

While job losses have been massive and over 20 percent of workers are claiming unemployment benefits, people are paying upwards of $100,000 on RVs that will allow them to high-tail it away from home while staying well clear of other vacationers.

Richard Curtin, a professor at the University of Michigan who issues an annual RV industry forecast, said, “It definitely shows that consumers have not sworn off all consumption. “This is a coronavirus recession. Once there’s a vaccine, consumers think the causes will resolve relatively quickly, unlike the economic problems of the Great Recession.” He also said that it’s too soon to tell if this month’s sales momentum will carry on throughout the year. 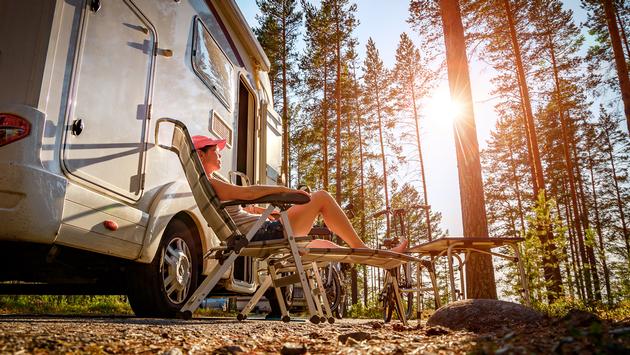 It isn’t just sales that are on the rise. Jen Young, co-founder of Outdoorsy—a platform that matches up roughly 40,000 RV owners with renters in search of a kind of “RV Airbnb”—says bookings have now skyrocketed after having fallen during the pandemic’s early days. And, rather than booking months in advance, people are raring to go, making reservations just days ahead of their planned departures.

Young said that travelers think to themselves: “‘I won’t visit any place where a lot of people will go,’ so that pretty much [cancels] out all the big city centers and air travel.” She reflected, “There’s just so much more flexibility in recreation vehicle travel.”

Tags: Campers’, Covid, Pr
You may also like:
Recent Posts