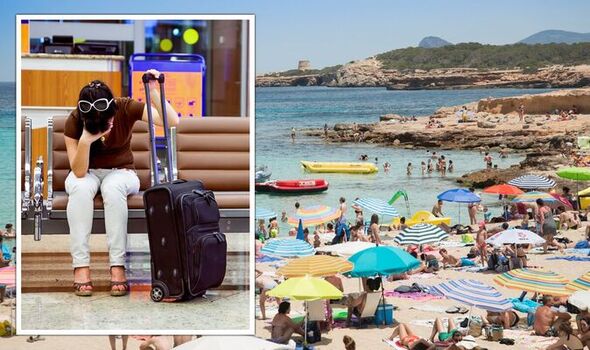 Christmas is one of the most popular times of the year to travel, with many jetting away for some winter sun or to see their families. However, Britons heading to sunny Spain in the next few weeks may experience some unexpected disturbances.

Spain is one of the most popular holiday destinations for Britons hoping to get away from the UK.

However, those planning on travelling to Spain this holiday season are likely to face chaos at airports across the country.

This is due to an upcoming series of strikes by airline workers in December and January.

The airport authority AENA revealed that there will be walk-outs on December 22, 23, 30 and 31. January 6 and 8 will also be affected by the industrial action.

It will affect more than 10,000 AENA workers in the sections of operating staff, operations technicians, firefighters and admin.

The union CCOO predicts that chaos will ensue, and no Spanish airports will be spared disruption.

The union points out that the call for a strike next week “could plunge Spanish airports into chaos in the middle of the Christmas holidays.”

The CCOO says it will register the call for strikes with the Ministry of Labour this week.

The reason for strike action is that staff are angry about the lack of response over productivity rewards.

While this series of strikes is confirmed for over the Christmas period, the union warned that it may continue if their demands are not resolved.

This could mean travelling chaos for Britons spilling well into the new year, including Easter.

The workers said that air traffic has recovered levels from 2019 – a record year – and in some airports it has exceeded them.

“The distribution of dividends to private shareholders is also authorised and the workers of the AENA group demand, therefore, the recovery of what corresponds to us.

“Despite the good words of the companies of the AENA group and the Ministry of Transport, the delay in reaching the agreement is causing a lot of uneasiness among the workers and the unions present at the negotiating table.”

The UK is also facing travel chaos, what with upcoming train strikes and the recent snowfall.

The weather has plunged the UK into disorder, with Stansted Airport, Gatwick Airport and Heathrow Airport all experiencing troubles.

Britons travelling from airports across the UK should be aware of possible delays and cancellations due to the snow and icy conditions.

As revealed on Lorraine, the British Army might be enlisted to mitigate the effects of the snow on travel in the UK.