Last month, Palo Alto, Calif.-based Archer Aviation unveiled its prototype Midnight four-seat electric air taxi, which it hopes to bring to market in 2025. Early operations are to include routes between city centers and airports in partnership with United at speeds of up to 150 mph. Airlines editor Robert Silk spoke recently with Archer COO Tom Muniz about the company’s vision. 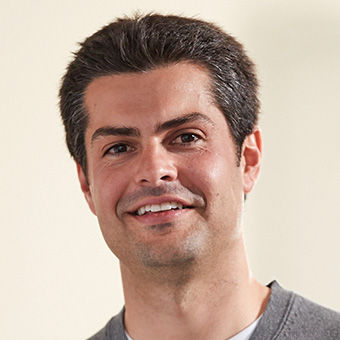 Q: You are targeting late 2024 to complete certification for Midnight. Why do you believe that’s feasible?

A: The whole idea of the company is that we’re taking a very pragmatic approach, trying to essentially minimize certification risk everywhere possible to have the fastest timeline we can. Tactically, that means we’re taking design approaches that are tried and true. It’s by no means an easy task we’ve set up for ourselves, but so far, we’ve been trending very well, and it’s just all about continuing to execute.

Q: When will we see the Midnight aircraft up in the air for test flying?

A: We’re on track to have a first flight sometime around the middle of next year.

A: We’re targeting ticket prices that are comparable with rideshare in big cities. Something like $5 or $6 per passenger mile. That’s early days.

Q: How much do you see that price ultimately dropping?

A: It’s hard to predict the future. A big piece will be when we mature our operational capabilities. One of the big cost drivers is just how efficiently we can operate the aircraft. Or how often it can be in the air generating revenue. One piece there is the batteries; we anticipate batteries will continue to get better. We’re bringing piloted aircraft to market. Certainly, if you think 2030s, for these to really be a part of people’s daily lives, they’ll probably need to be autonomous. You add another seat on the aircraft and obviously it will help reduce costs, as well.

Q:There are many challenges to getting to commercialization, issues like aircraft certification, community acceptance, pilot certification and more. Why do you believe you can overcome these quickly enough to be operating by 2025 with United?

A: To me, many of those seem like advantages that we have or areas where we have really good synergies. The reason we have confidence is that we are taking a very pragmatic, step-by-step approach where we are not trying to solve all the world’s problems. For example, airspace. Our aircraft will fly in the existing airspace with a pilot today just like existing aircraft and helicopters do today.

Q: At low density, that seems like not a big deal. But to reach true air taxi density, it seems like it could be more challenging.

A: Sure, and if you look out 10 years into the future, there certainly are some scaling challenges. But you have to think of it from the perspective of our strategy, which is continuously following a walk/run approach. We are talking about making something like 250 aircraft our first year of production. That’s not that many vehicles to put into use. We’re just focused on being pragmatic and not biting off more than we can chew.

Q: In your partnership with United, you’ve talked about a lower Manhattan-to-Newark route. And you say you have other announcements coming. Can you give me an overview of how you see your relationship with United developing?

A: We think a lot of our early markets are going to be to and from airports. It makes natural sense from our perspective and United’s to focus early days on how to add value for their customers and our customers. Instead of booking a ticket from Newark to San Francisco, you book a ticket from downtown Manhattan to downtown San Francisco. For the airline, it’s an opportunity to come up with a new product that is a compelling differentiator for their customers. For us, it’s a very natural mission where those customers can save a lot of time and get a lot of value out of the product and fold it into an operational context that is relatively easy for everybody to understand.

Q: Do you plan to work with other airlines, or just United?

A: We are certainly exploring those. We aren’t desperate to do any deals. But we are always open to good partnerships. There’s discussions going on, but nothing to share at the moment.