Florida’s Grayton Beach is named the best in the U.S. for 2020 by ‘Dr Beach’ thanks to having some of ‘the finest white sand in the world’

The sand along the coast of Grayton Beach State Park is so unique, some say it speaks to you.

It’s compared to sugar, and is so white it’s almost blinding in bright sunlight. And people who have been cooped up because of stay-at-home orders can once again go walk along it and hear the unique sound the beach makes when bare feet sink in the sand.

‘It’s that fine powdery sand that talks to you,’ said Dave Rauschkolb, a restaurant owner, surfer and beach enthusiast who lives nearby. ‘The squeak, squeak, squeak of the sand when you walk in it.’ It’s a large reason the beach was picked as the best in the United States by Stephen ‘Dr. Beach’ Leatherman. 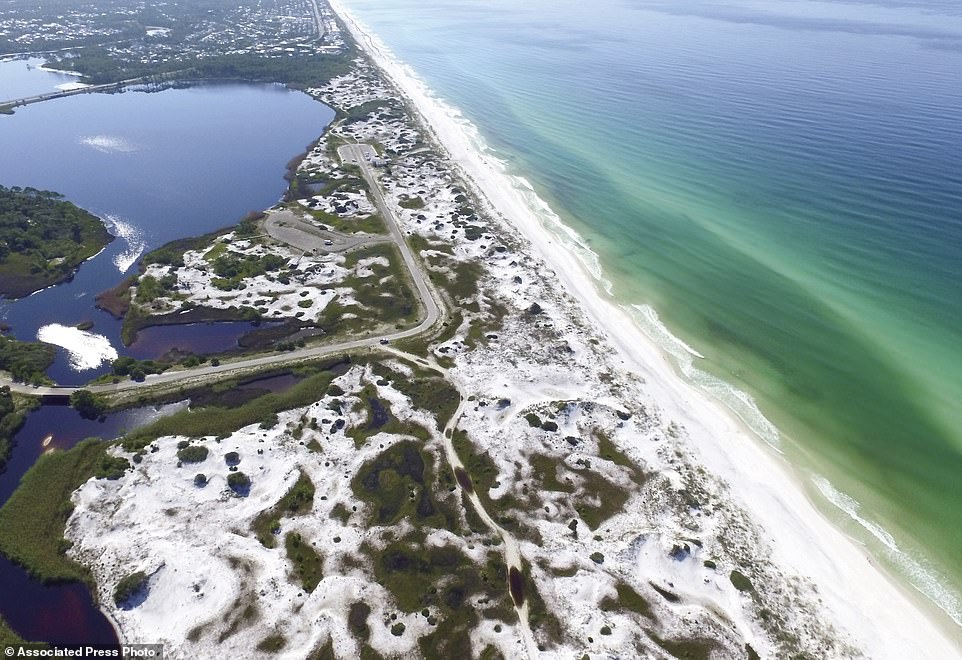 Grayton Beach in Florida, which has been named as the best beach in the U.S in the annual list drawn up by scientist Stephen Leatherman, also known as Dr Beach

He’s a coastal scientist and professor at Florida International University and has been ranking the nation’s beaches for 30 years.

‘It’s some of the finest white sand in the world. The first time I saw it I felt like I had to put on sunglasses it was so bright. Some people thought it was snow. I said, “No, that’s not snow!” Leatherman said with a laugh. ‘The sand is the highest quality in the world. It’s pure quartz crystal.’

It is one of two Florida beaches that were on the 2020 list released Thursday, along with Caladesi Island State Park at number six. 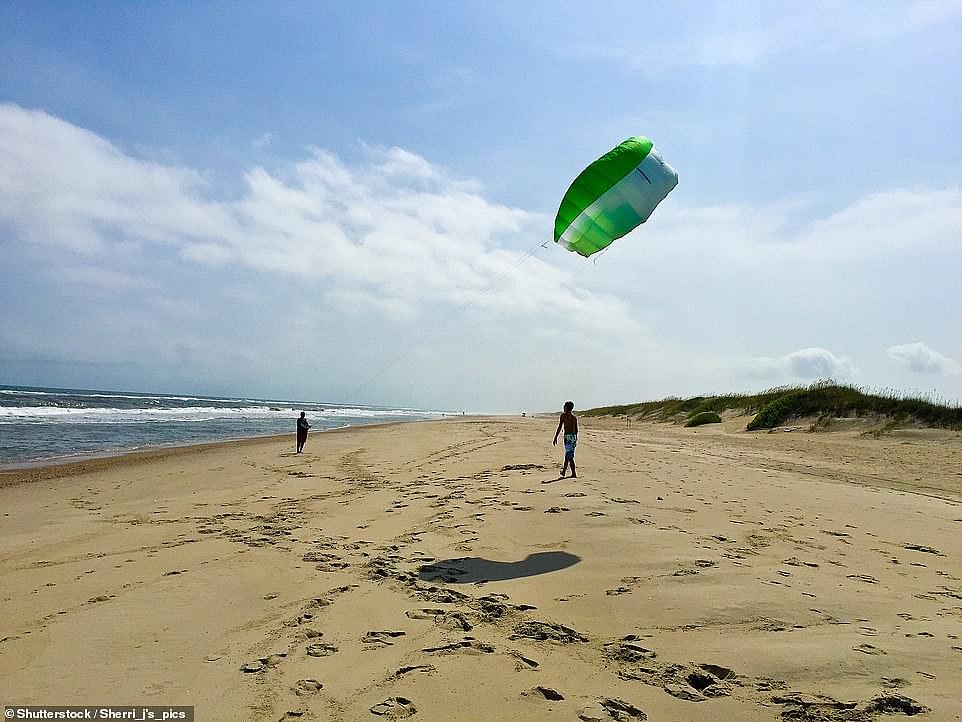 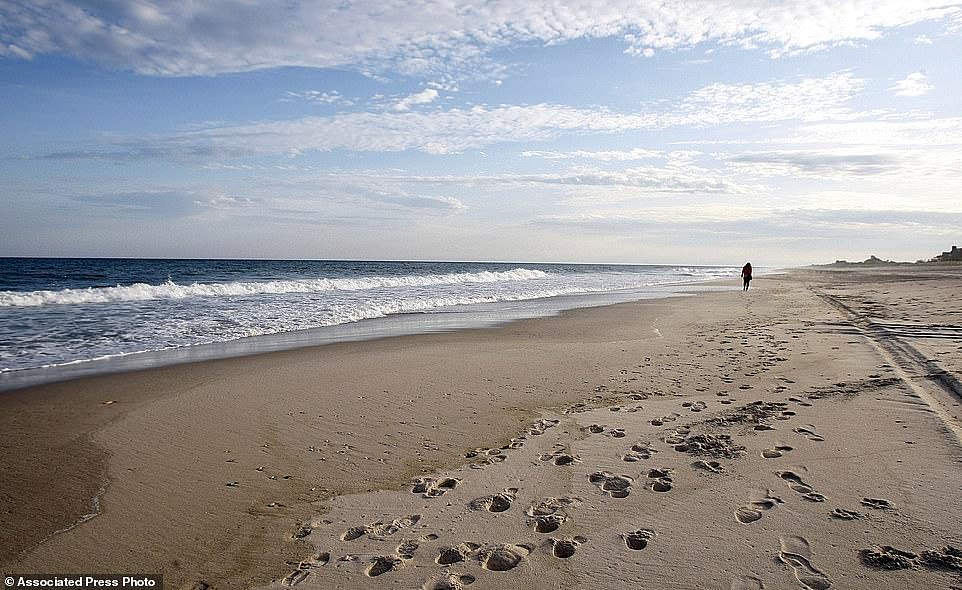 Third on the list this year is Coopers Beach, pictured, which is in Southampton, New York 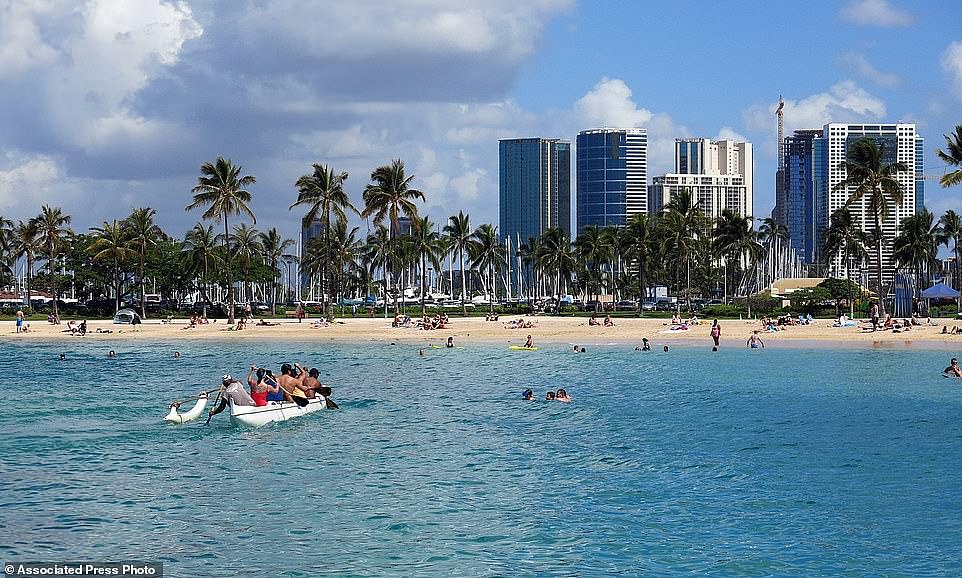 Duke Kahanamoku Beach on Oahu, Hawaii, is in fifth place. It is one of two beaches in Hawaii to make it on to Dr Beach’s top 10 list for 2020 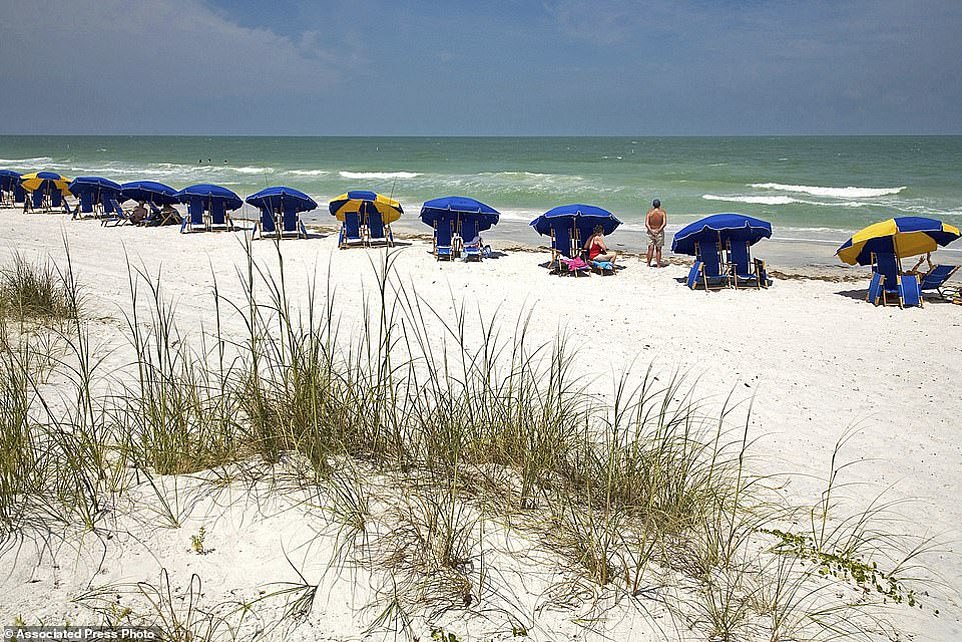 Caladesi Island State Park in Florida, pictured, came sixth on the list and is the second beach in Florida to make the top 10

Leatherman says he gives bonus points for beaches where smoking is banned and that are staffed with lifeguards, which elevated the North Carolina beaches.

‘Beaches are not big, giant ashtrays, and that’s what some people use them for, which is really disgusting,’ Leatherman said.

Grayton Beach State Park won the list’s top spot – even without a smoking ban – based on its sheer beauty. Beyond the sand, it has crystal clear emerald water, fresh water ponds that are a geological rarity and towering dunes that are unique along Florida’s 1,350 miles (2,170 kilometers) of coastline.

Even the walk from the parking lot is special, said Rauschkolb.

‘You have to take what I call the tree tunnel trail,’ he said. ‘You can just walk in this little wonderland under the canopy of the scrub oak and poke your head out and suddenly see the Gulf.’ 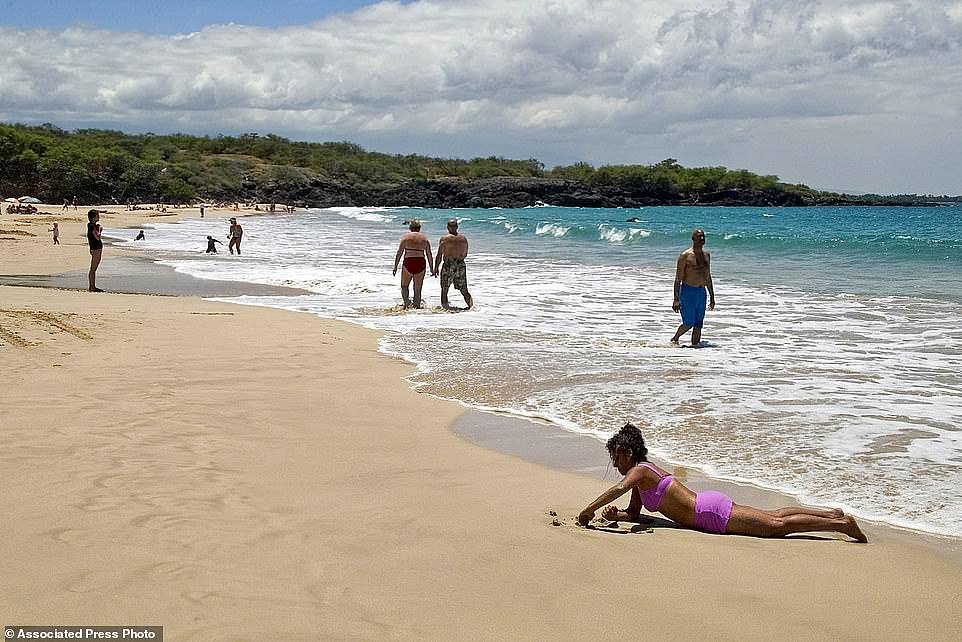 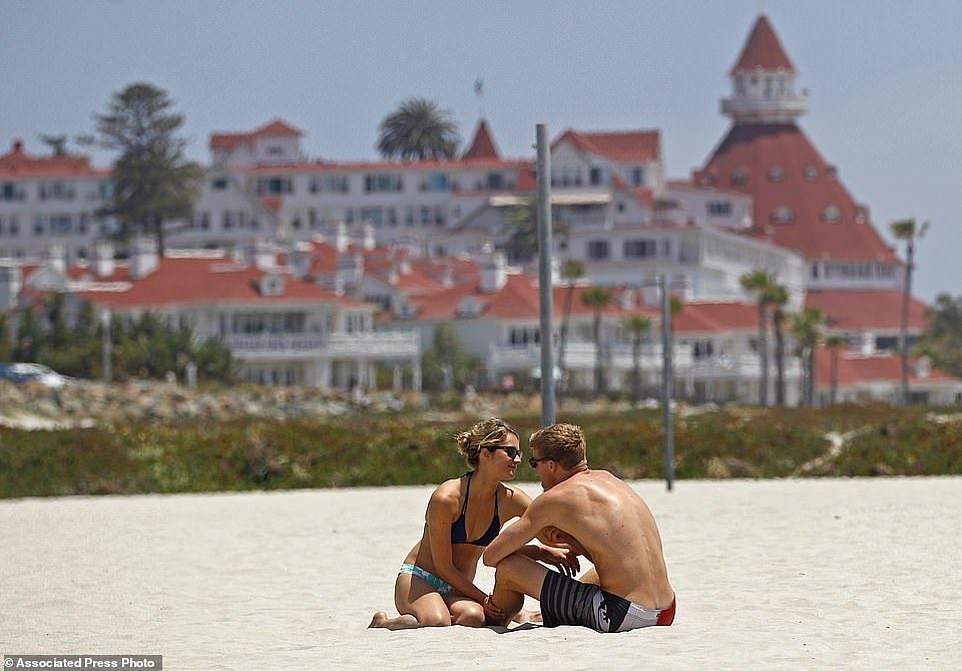 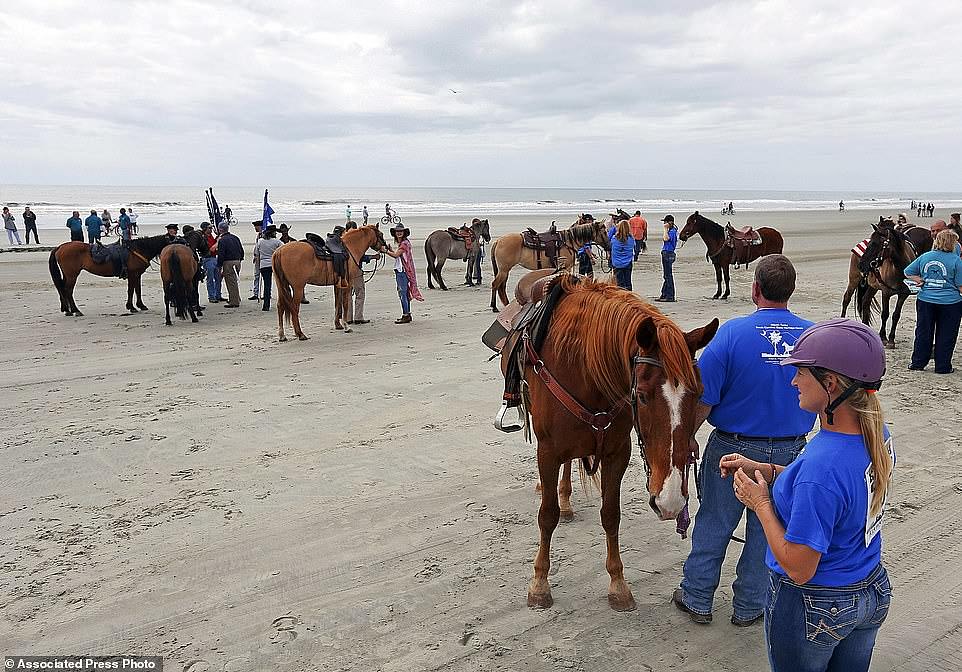 Rounding out the top 10 is Beachwalker Park, pictured, on Kiawah Island, South Carolina

While there are currently some restrictions at the nearly 2,000-acre (809-hectare) park because of the coronavirus outbreak, it is open. Groups larger than 10 are not allowed and the park is controlling capacity to allow for social distancing. Cabins and camping are temporarily closed.

In normal times, the park attracts 500 to 1,000 people during peak summer days. But with 1.5 miles (2.4 kilometers) of beach and plenty of trails, it doesn’t get overcrowded, said Ben Faure, who manages 37 state parks in the Panhandle for the Florida Department of Environmental Protection.

‘Grayton Beach is one of the gems along the Emerald Coast of Florida,’ Faure said. ‘We like to call it a desert oasis. It really is a unique place with the sugar-white sands that are almost 99.9 per cent pure quartz. Your feet squeak as you walk on the beach, it’s so pure.’

Lynn Cherry, a board member of the nonprofit support group Florida Parks Foundation, lives about an hour from the park and has visited many times.

And the Gulf of Mexico tends to have calmer surf than Florida’s Atlantic Ocean beaches.

‘On a typical day, it’s a nice surf and very enjoyable swimming,’ she said.