In the topsy-turvy world of lockdown, the message from the UK’s holiday hotspots this bank holiday weekend is the same as it was at Easter four weeks ago: stay away.

However, behind the scenes tourism officials and hospitality bosses are busy working out how destinations will start to welcome back visitors this summer. Without knowing exactly what changes will be announced when Boris Johnson produces his roadmap on Sunday, tourist boards across the UK are setting out plans for a phased reopening of attractions and businesses as they endeavour to salvage some of the 2020 season. “We can’t afford to wait until lockdown’s over and find we’ve not got the plans in place,” said Gill Haigh, chief executive of Cumbria Tourism. “The question is how we reset.”

It’s a big question. Discussions around what to open and when are taking place against a backdrop of huge public anxiety about coming out of lockdown. An Observer poll at the weekend found that the majority of people believe it’s too soon to ease restrictions, and local people are understandably furious with those do flout the current rules, as happened this week in the Lake District.

The challenge for destinations is giving tourism the shot in the arm that it desperately needs while reassuring visitors, employees and residents that they will be safe. As a result of that delicate balancing act, holidaying in the UK this summer may well feel like we’ve time-travelled back to the 1950s, before the advent of affordable foreign travel: there will be day trips to beaches, parks and gardens; we’ll be able to buy an ice-cream but won’t be dining in a crowded restaurant; if it rains we won’t be sheltering in the nearest museum or indoor activity centre.

Outdoor spaces in rural and coastal areas and attractions with large grounds will be the first to welcome visitors, not just because those are places where social distancing can be maintained but because, post-lockdown, people will be drawn to nature for its calming effects. “Our consumer research shows that people want to get back to simple pleasures,” said Kate Morvan, chief executive of English Heritage, which manages 400 historic sites in England. “People can come with a picnic and just enjoy being close to nature. There’s also great comfort in being in places that have stood the sense of time – that have survived war and pestilence. We will be a tonic for people when they come.”

But even simple pleasures will be different post-lockdown. Pre-booking visits to heritage sites will become the new norm. One-way systems, extra signage, hand sanitiser stations and staff in PPE will be familiar sights as attractions strive to minimise risk to visitors and staff.

“The challenge even with open spaces will be around security and making sure people are being sensible,” said Deirdre Wells, chief executive of Visit Kent and Hertfordshire. “What people were used to beforehand will not happen now: just turning up at a National Trust place may not be possible.”

This first phase of openings will be closely watched by tourist boards aware that recovery is dependent on the confidence of local communities. “If local people see that these attractions are acting responsibly, you’re warming them up to the idea of more visitors coming back by late summer and autumn,” said Jo Dilley of Marketing Peak District. 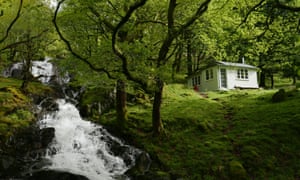 Riddell Graham of Visit Scotland added: “We had a not particularly helpful situation early on when people were trying to get to islands to self-isolate. So no matter what we do, we have to take on board the community interest, particularly for more remote rural areas.”

At the same time as reassuring communities that their safety is a priority, tourism officials will be pushing the value of visitors to the local economy. The impact of coronavirus on the 241,000 tourism businesses in the UK has been catastrophic. “You can’t underestimate how important the visitor economy is for an area like ours,” said Haigh of Visit Cumbria. “If tourism isn’t allowed to return – and if the value of that tourism isn’t created, a lot of businesses won’t be here this time next year.”

Of course the economic impact hasn’t just been on businesses. Financial pressures on individuals will affect the recovery. Greg Stevenson, founder of cottage company Under the Thatch, said the company is receiving daily bookings for July and August – but mainly for more expensive properties. “It’s wealthier people who are booking five-star cottages.”

Stevenson, who lives in Ireland, believes Johnson’s roadmap announcement will boost public confidence. “I’ve seen it in Ireland, where there’s a massive difference in public feeling [since a five-stage exit from lockdown was announced on 2 May]. I think people in the UK will be much less panicky about the situation after Sunday.”

He believes self-catering properties will be in the second tranche of openings. New procedures will be put in place, such as sterilising hard surfaces and providing antiseptic sprays, but he is sure there’s an appetite for holidays this summer. “I’ve got no doubt at all that there is demand for people to get away tomorrow.”

The owner of campground The Quiet Site in Ullswater is agrees that an appetite for travel will return relatively swiftly. “In Denmark, which was the first European country to ease lockdown, demand is at 90% compared with last year. There won’t be a rush to travel but it will come back,” said Daniel Holder. He is anticipating welcoming campers and caravanners back to the his site this summer although the onsite bar, shop and check-in will come later. But part-opening will take its toll. “It will be hard to reach a break-even point this season.”

Hotels, restaurants and bars also fear that opening halfway through the season with reduced capacity due to social distancing will be fatal to certain businesses unless the government extends its financial support. In an open letter to Johnson this week, Robin Hutson, chief executive of Homegrown Hotels, which operates six Pig hotels and the Lime Wood Hotel in the New Forest, wrote: “The worst possible scenario for rural hospitality would be the ‘perfect storm’ of furlough ceasing, hospitality opening up, but social distancing rules imposed… This toxic recipe would immediately translate to mass redundancies and the permanent loss of hundreds of thousands of rural jobs. This would be economically and socially devastating for rural Britain.”

The letter, supported by many of the biggest names in the food and hotel trades, including Rick Stein, Mitch Tonks, Michael Caines and Gordon Campbell-Gray, called for a flexible, part-time furlough scheme until the end of the first quarter of 2021 and an extension of the business rates holiday until the second quarter. He is optimistic that hospitality will be considered when the Treasury announces details of the scaled-back scheme.

Like hoteliers across the country, Hutson and his team are drawing up plans for post-lockdown operating. Measures being discussed include meeting guests at their car instead of at reception, express checkouts, two-hour slots for room cleaning, and even decorative screening between tables. “We’ve spent hours talking about what we’re going to do but without knowing the ground rules,” he said. “It’s terribly difficult to formulate a plan.”

Such measures will reassure potential visitors, especially when a nationwide kite mark showing that businesses are complying with new guidelines comes into place, but Hutson fears they’ll also make the atmosphere strained: “People come to us for the social aspect – to hear the buzz of other people in the bar. That’s part of what we sell and if it doesn’t exist it’s going to be strange. The little bit of hope for our industry is that we will probably be among the last to be ‘released’. By then the population may have gained some confidence in moving around – that could help the mindset.”

Despite Hutson’s fears for rural Britain, recovery will be start sooner than in cities. Galleries, museums and other indoor attractions will be in the final tranche of openings in late summer or early autumn, although tourism officials hope to see some life return to cities if planning restrictions are relaxed to allow restaurants and bars to expand on to the streets. “In Sweden they have closed down streets and made them into dining and drinking areas in the evenings to increase floor space and bring food outside,” said Kurt Janson, director of Tourism Alliance, a consortium of 55 trade bodies in tourism and hospitality. “This summer we might look more continental.”

In the meantime, as the nation prepares to spend another bank holiday at home, destinations are hoping the saying used in a recent Visit Scotland’s Easter campaign will ring true this year: “Absence makes the heart grow fonder.”