Thousands of radio DJs are employed around the globe to play Anglophone pop and rock. If there’s such a thing as “world music” to them, it’s REM and Queen.

But there are many more radio stations around the world that play music from their own cultures, past and present, mainstream and marginal. When it comes to virtual travel, music is arguably the easiest and most enjoyable way to transport your brain out of Covidland to places you’ve visited – or plan to – in person.

The net is pretty chaotic, with dozens of aggregators and formats. But here are 10 soundscapes to explore. Turn up the volume to Mexican cantina level. 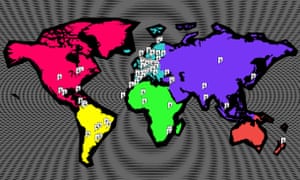 Launched on 1 April by the people behind Oslo World – the Norwegian capital’s annual music bash (scheduled for 27 October – 1 November) – this simple map is a virtual guide to festivals around the planet, with a playlist of 20 songs for each provided by the local programmers. As the producers of the map note: “Our entire ecosystem is threatened, our festival family, our venues as well as our collaborators and artists. We simply do not know what will happen and how long the lockdown will last.” Many of this year’s festivals will be postponed or cancelled, but tunes from Womad NZ, Palestine Music Expo, Panama’s Macro Fest and India’s Bass Camp help fill the gap in a small way. The playlists are also on Soundcloud. 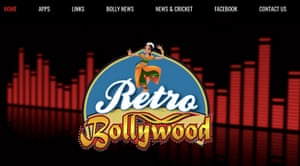 Stripped of the dizzying visuals, Bollywood songs can be moving and tender. Retro Bollywood blasts the likes of Asha Bhosle, Geeta Dutt and Mukesh from Bangalore. Music from the golden age, between the mid-1950s and 80s, features soulful melodies, soaring strings and a fusion of western and Indian classical elements. Hits of Bollywood contains two livestreams – for new and vintage music – and dedicates shows to renowned lyricists and singers. More recent Bollywood music often has excellent production and richer orchestral arrangements. 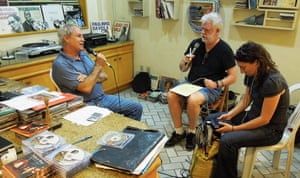 This continent-sized country has around 15,000 radio stations, counting licensed and pirate channels. Many are dedicated to worrying over having Jair Bolsonaro as the boss, but music has always been a cornerstone of Brazilian culture. Bossa Nova Brazil mixes the mellow João Gilberto/Sérgio Mendes sort of tunes with livelier bossa beats by legends such as Wilson Simonal, sultry-voiced Nara Leão and jazz-inflected singer and guitarist Zé Renato. The city of Salvador in the north-eastern state of Bahia is a melting pot of Afro-Brazilian cultures and musics. The effervescent website The Matrix mixes up music and world culture and all kinds of psycho-geographical ruminations, but click on the “Bahia, Brazil” tag and you gain access to some great playlists. Big MPB (música popular brasileira) and Tropicália names like Jorge Ben and Maria Bethânia are there, but so are lesser-known virtuosos such as Raphael Rabello and the very cool Afro-Bahian sound of Tribo Nação Ijexá. 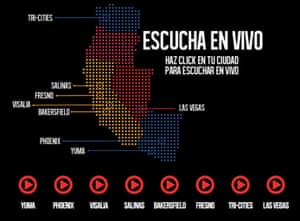 There are zillions of local radio stations in Mexico, and a lot mix up native sounds with foreign rock and pop – but the locutores, or presenters, do tend to talk a lot between heaps of ads for cheap chicken and chainsaws. These can be sort of atmospheric, if you speak the lingo, but Viva El Mariachi is a festive, chat-free celebration of upbeat rancheras and melodramatic boleros by sublime singers, living and dead, such as José Alfredo Jiménez, Demetrio González and Lucha Villa. Across the border, a reliable source of Latin pop, Tejano fusion and norteño tunes – without much interruption – is Radio Campesina. It operates FM stations in eight US cities; I found the Phoenix link the best. 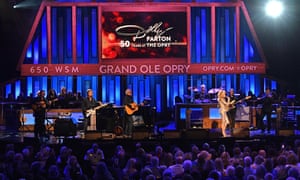 Weirdly, Toronto is the place to go for a cool Americana livestream. American Roots hops smoothly from Alison Krauss to Mudcrutch to Glen Campbell. Unlike a lot of online radio stations, the playlist features full credits and also has handy click-back links so you can listen to anything you’ve missed. Nashville’s WSM AM radio station is a great place for a fix of Dolly, Kenny and Merle, as well as good gospel, classic bluegrass, Americana and soothing crossover country/MOR. Founded in 1925, the station is famous as the home of the Grand Ole Opry (a weekly concert thought to be the world’s longest running radio programme) and the website has links to an Opry stream foregrounding contemporary country music as well as podcasts. For a virtual immersion in Nashville’s music heritage, go to visitmusiccity.com.

Adelaide’s Three D is an education for anyone who thinks Aussie indie starts and stops at the Birthday Party. The station, run by volunteers, plays prog, pop, rock, funk and other music by local artists, and gives plenty of airtime to emerging talents. The house rule is that 40% of the content is Australian, half of that South Australian. Canberra’s 2XX FM 98.3, launched in 1976, is one of a kind, playing lots of Aussie music, from folk to metal, and mixing this up with good shows on indigenous music and culture, LGBTIQ topics, mental health and a huge range of ethnic programmes. Filipino, Chinese, Macedonian and African music is aired, with knowledgeable DJs explaining the more exotic stuff. 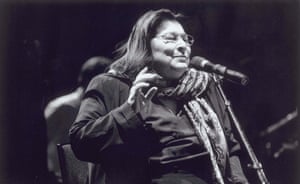 Argentina is not all about tango. The largely rural interior has its own roots music, linked to the Andean cultures of Bolivia and Peru. Radio Folklore 90, though based in the capital, Buenos Aires, is a good place to hear the stirring songs of Mercedes Sosa and Atahualpa Yupanqui, Eduardo Falú, Los Chalchaleros and other artists. Much of the music, known here as “folklore”, emanates from the north-western cities of Tucumán and Salta and tells of the plight of indigenous and mestizo communities, many of which were uprooted in the 20th century. 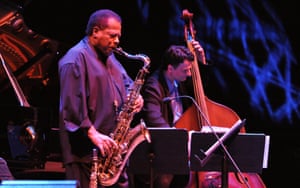 WBGO, with its tagline “Public radio from the Jazz Capital of the World”, schedules music according to the mood of the hour, so you’ll get “after hours” in the small hours of UK time, but all the hosts have eclectic tastes, spinning everything from standards by Billie Holiday and Duke Ellington to jazz masters like Art Blakey, Jimmy Smith and Wayne Shorter, and crossover and blues artists. A regular host is Bobby Sanabria, a renowned percussionist and bandleader, whose shows accent Latin jazz. 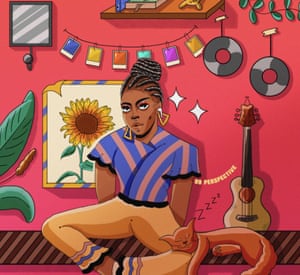 Where do you start? Well, probably not by trying to stream local radio stations. From Lagos to Nairobi to Jo’burg, almost all the ones I tried crashed, or the URLs were defunct. For an aural tour of the most diverse continent for contemporary music, take a wander along to Okay Africa, where there’s a sampler of songs from Ghana, Nigeria, east Africa and South Africa. The site links to Spotify so you can hear the full tracks there. At Mixcloud, choose from well curated playlists of South African house, stompin’ Algerian raï and groovy Ghanian high life. If the genres get confusing, check out UK label Real World for an introduction to 14 styles and performers from across Africa. 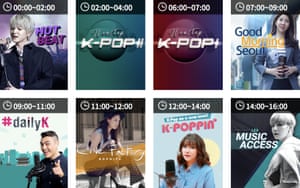 Broadcasting in English from the South Korean island of Jeju, Arirang plays a lot of K-Pop – which is as varied as pop anywhere else, ranging from smoochy ballads to funk-laced RnB to electronica. Evening shows tend to be more current affairs-focused but the presenters (who are streamed visually, too) play songs between newsbites. There are links to YouTube for songs from earlier programmes.