Las Vegas, one of the most tourist-dependent cities in the country, if not the world, is not getting the travel and wanderlust quite yet that it thought would come after city officials fought so rigorously to have Sin City reopened after it went dark in March.

In fact, some would go so far as to say the situation is dire.

When the Las Vegas Sands reported a second-quarter earnings loss of almost $1 billion earlier this month, Sands President and COO Rob Goldstein said on the call: “We’re in a world of hurt here in terms of Las Vegas. I’ve never felt more gloomy than I do today about what’s happening in Las Vegas.”

For the most part, Las Vegas began reopening in early June, including putting out a poignant advertisement talking about the changes that would be coming. The most recent numbers are from June, but they certainly tell a partial story. If Las Vegas Mayor Carolyn Goodman was expecting the angst of pent-up demand to manifest itself in immediate visitors, it hasn’t happened yet.

– Convention attendance was zero. Obviously, down 100 percent from June of last year.

To be fair, Vegas shut down in the middle of March so the best months to compare to this year would be January and February, and April and May. January and February had 3.5 million and 3.3 million visitors, respectively. So June’s total of 1.065 million visitors is well off compared to the beginning of the year, but there’s optimism since it’s up significantly from the 258,000 visitors combined in the months of April and May.

While it might not be a completely fair comparison until we get a look at July’s numbers, there is also enough anecdotal evidence to suggest that things aren’t even close to normal and won’t be for a while. Many businesses are looking into the future and not liking what they see from the virus.

For instance, HMSHost, the company that provides many of the food and retail outlets at McCarran International Airport, plans to permanently lay off 940 employees in October, as it expects the lowered demand for air travel to continue. The latest passenger numbers for McCarran from June saw 867,528 passengers, down from 2,989,768 in June 2019.

“HMSHost continues to see an unprecedented decline in traffic in airports and on the motorways,” the company said in a required document that must be filed with the state of Nevada 60 days before any layoffs can begin. “The COVID-19 pandemic has devastated the travel and restaurant industries and, unfortunately, HMSHost sits at the crossroads of both. Never in the history of aviation and the hospitality industry, have we experienced such catastrophic customer traffic declines.” 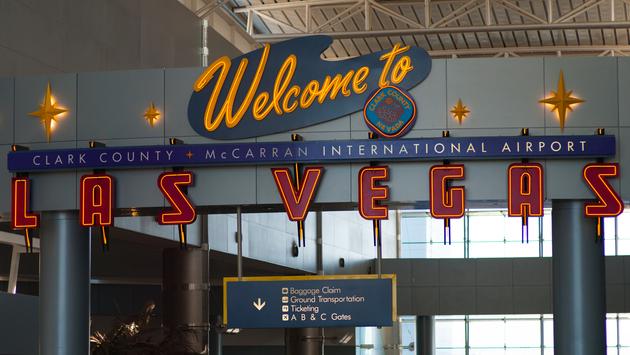 The letter from HMSHost is required by the Worker Adjustment and Retraining Notification Act, which notifies the state 60 days in advance about layoffs.

So did Las Vegas open too soon? Well, it’s more involved than that. It’s more an issue of how it opened than when it opened. Nevada reopened Las Vegas without requiring face masks for patrons, which stayed intact for three weeks until June 24 when, as The Motley Fool noted, Nevada Gov. Steve Sisolak issued a mandatory face mask policy for people in any public space throughout the state, including casinos.

But by June 24, Nevada already had the highest coronavirus transmission rate in the country. It had set daily case records three times in the previous eight days, and the daily test positivity rate crossed the 10 percent threshold recommended by the World Health Organization.

For now, the city is continuing on its regular course. Bars remain closed by order of the Gov., but everything else is open – albeit with restrictions and reduced capacity – including Las Vegas’ famous summer pool scene. That includes The Cosmopolitan’s adults-only pool. You can order alcoholic drinks poolside in Vegas.

The lawsuit alleged that ordering a second shutdown of bars and taverns was done without considering recent reports from OSHA, the Clark County Business License Department and Gaming Control Board. Bars and taverns that strictly serve alcohol are required to stay closed unless they shift to the curbside pickup model. Bar establishments that serve food are allowed to operate while still following the recommended COVID-19 safety guidelines.

There are still 12 hotels in the city that have not reopened, although you can mark one off the list starting next week. The Mirage, part of MG Resorts, will reopen on August 27.

“As we have slowly and thoughtfully reintroduced our properties across the country, we have placed the health and safety of our guests and employees first at all times,” MGM Resorts’ CEO and President Bill Hornbuckle said in a statement accompanying Friday’s announcement. “Reopening The Mirage allows us to bring many more of our employees back to work, which is critical in the recovery of our community.” 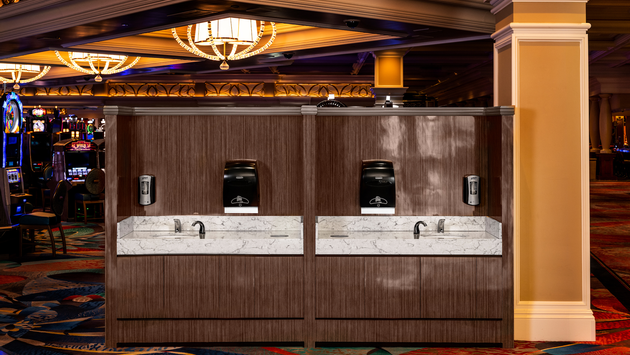 Still, Caesars Entertainment has two properties that have yet to open, and Station Casinos reports that four of its hotels might never reopen.

Frank Fertitta III, CEO of Station’s parent company, Red Rock Resorts, said in an earnings call that he is not certain the Texas Station, Fiesta Henderson, Fiesta Rancho and the Palms will reopen in the wake of the virus.

“We don’t know if – or when – we’re going to reopen any of the closed properties,” Fertitta said. “We think it’s too early to make that decision at this time.”

The company said it is looking at whether the data supports reopening the properties, but only if it shows a ‘healthy’ demand for travel to the city.

“So far, we’re very pleased with results that we’ve had, the ability to move some of the play from the closed properties to our existing properties, and we’re going to continue to try to get clarity and navigate the situation to make well-informed decisions,” Fertitta said. “But whatever decisions we make will be in the best interest of shareholder value.”

The hope remains, however.

Las Vegas is looking at another important weekend on the calendar in two weeks for Labor Day. With many international destinations not allowing United States citizens to visit and several states requiring a 14-day quarantine upon arrival—such as New York and Hawaii—TripIt from Concur broke down the top Labor Day Weekend destinations. 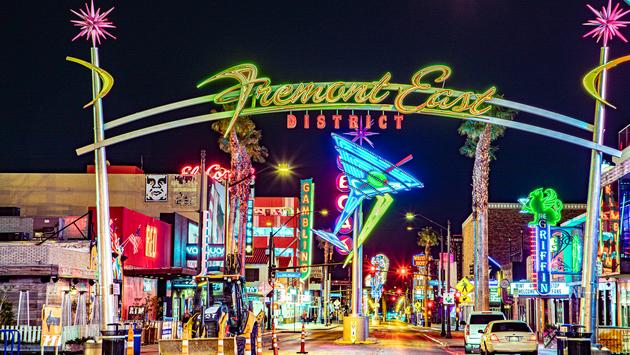 At the top? You guessed it, America’s Playground. Las Vegas was the No. 1 choice followed by Denver, Orlando, Chicago and Seattle rounding out the Top 5.

Last year, Labor Day weekend brought in an estimated 325,000 visitors to Sin City who spent roughly $235 million over the three-day weekend, according to the Las Vegas Convention and Visitors Authority.

“Major holidays like Labor Day weekend were a big deal for Las Vegas before (the pandemic), and it definitely represents an especially important time for Las Vegas this year,” Josh Swissman, founding partner of gaming and hospitality consulting agency The Strategy Organization, told the Las Vegas Review-Journal. “This increase in the number of visitors, and the infusion of cash that comes along with them, couldn’t come at a more important time for the city.”

Tags: After, Months, Reopening, Two, Ve
You may also like:
Recent Posts