A mere half-century ago, Cancun comprised virtually nothing more than a deserted strip of land with mangroves, jungles and gorgeous virgin beach.

What a difference 50 years make.

In April, the destination is celebrating its 50th anniversary and until the coronavirus crisis, it welcomed an increasing number of arrivals each year.

While arrivals numbers have slowed to a trickle in wake of the coronavirus, tourism officials noted that scheduled anniversary celebrations are expected to be rescheduled later in the year.

Cancun, after all, is nothing if not resilient.

“Its strength was tested … when Hurricane Gilbert struck back in 1988 and later in 2005 with Hurricane Wilma,” said Dario Flota, tourism director of the Quintana Roo Tourism Board, adding that the “visible marks of these natural disasters are nowhere to be found,” thanks to “the strong character of its inhabitants, who quickly put the destination back on its feet twice.”

Resort development took root in 1970, albeit at a very slow pace, until FONATUR, Mexico’s National Fund for Tourism Development, stepped in with a tourism master plan for the destination in 1974.

One of the destination’s pioneers, Club Med, began welcoming guests at Club Med Cancun Yucatan upward of 40 years ago.

“For 70 years, Club Med has had a history of uncovering now-popular vacation destinations, and back in the 1970s, Club Med was searching for the perfect spot to open its first resort in Mexico,” said Sabrina Cendral, senior vice president of marketing and sales for Club Med North America.

The company, she added, “found an incredible parcel of land that would allow our guests access to three private beachfront spaces and today, our resort is still the only one in Cancun with private beachfront areas and a quick swim to the world’s second-largest barrier reef.”

Suffice it to say such coveted parcels are a thing of the past. As a case in point, FONATUR is assessing the possibility of limiting growth in Cancun and possibly new complexes in the Hotel Zone. 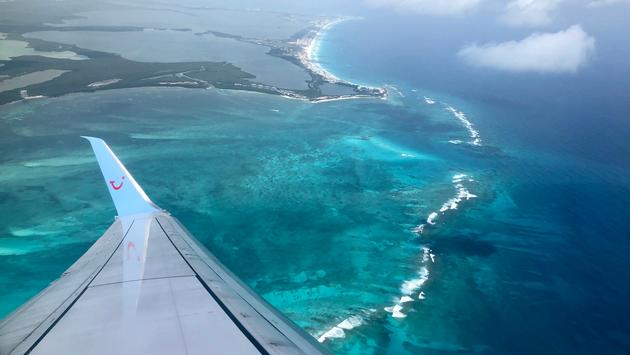 “The first time I was in the area was on a family trip in the 1970s, and it was otherworldly,” said Ben G. of FROSCH, a Mexico specialist. “There were very few gas stations and very narrow roads through the jungle.”

One thing that has remained a constant is the destination’s wide-ranging appeal.

And its success has spurred the development and subsequent popularity of the Riviera Maya and beyond.

“To the south and north of both destinations the growth has been steady; an example is the recent development of the exclusive Costa Mujeres destination, which houses the most luxurious resorts of the Mexican Caribbean,” Flota said.

Tags: 50-Year, Cancun’s, Evoluti
You may also like:
Recent Posts