Opening a property during a pandemic is arguably not for the faint of heart, as hoteliers who have done just that are quick to point out.

“Unprecedented times call for unprecedented measures. The stop-start nature of addressing when we should open was probably the most challenging part of organizing our opening efforts and strategy,” said Hugh Templeman, general manager of The Kessler Collection’s Grand Bohemian Hotel Charlotte, which debuted on Aug. 5. “We were originally set to open in April, but we felt it prudent to reevaluate in direct response to changes that were occurring in the business domain.”

Another challenge was gauging whether the property would be able to receive supplies. “We looked at the market and its movements and how this would affect us fiscally, our providers who deliver the operating supplies and equipment, and furniture fixtures and equipment and the capability of them to deliver in a timely fashion,” he said. “And of course, we had to take into account the window for securing our team given the impact of the economy stimulus package.”

Originally, the South Carolina property was scheduled to open with a team of 200 employees, and that number was winnowed down to a little over 100.

“We will continue to review and expand our staffing as the business opportunities warrant and we look forward to the market returning to previous levels and better,” Templeman said.

At Hyatt House and Hyatt Place Chicago Medical/University District, which debuted on July 28, “the pandemic created uncertainty of everything – from staffing, deliveries, training and travel bans for project workers who were contracted out,” said General Manager Nilesh Pandey.

“We had to react to what our staffing levels will look like during the opening and what had to be adjusted based on the forecasted business,” he said. “We experienced delivery delays from furniture to operating supplies due to factories and warehouses being shut down or experiencing reduced staffing themselves. The majority of the training was done virtually which under normal circumstances would have been hands on.” 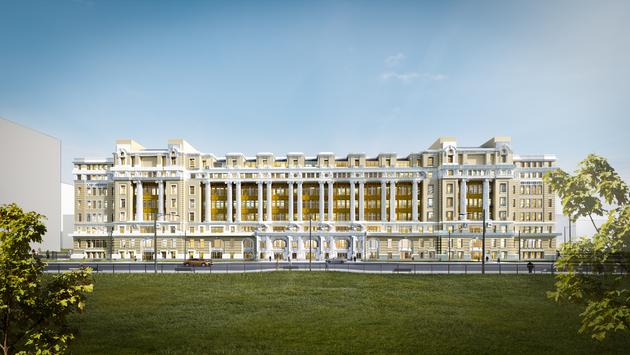 Lotte Hotels’ Lotte Hotel Seattle was originally scheduled to open in June but postponed its debut until Sept. 24.

Using that extra time enabled the property “to consider what the hotel industry might look like moving forward, and … implement more space and exclusivity into our operations – such as gym equipment that guests can opt to bring to their rooms and extra space between all services in our spa to give guests what they will be looking for in the new normal,” said General Manager Victor Caguindagan.

“We were also able to shift gears in our hiring process by moving this to a fully virtual format. There are, of course, a few challenges here as technology and WiFi can sometimes be an issue, but we were pleasantly surprised by the vast array of applicants that allowed us to tap into a larger pool of potential employees.”

For THesis Hotel Miami, which opened earlier this month, the biggest challenges “were those on a “macro level,” including the “overall slowdown of travel throughout the country and around the world,” said Brent Reynolds, CEO and managing partner of Nolan Reynolds International (NRI), which the property is a part of. “It has impacted the way everyone is thinking about travel now and in the future.”

Although NRI’s properties have always made health and safety a priority, “this new world goes far beyond the previous standards of cleanliness,” he said.

To instill guest confidence and communicate NRI’s focus on health and safety, the company partnered with Dr. Franklyn G. Prendergast, M.D., Ph.D., who specializes in infectious diseases and vaccines to help overhaul operating practices with a focus on safe and effective procedures at all NRI properties.

“It has gone far beyond our imagination,” Reynolds said. “We have added state of the art touchless solutions and technology, implemented ionizations systems in our elevators, enhanced the air circulation systems, increased public space usage to utilize outdoor stairways as common practice, and daily team meetings to ensure consumer interaction is both safe and enjoyable.”

The Kimpton Key West Collection faced its own unique set of challenges – in particular, opening five properties under one umbrella. “For our collection, it doesn’t make financial sense to have five hotels open all at once right now with limited occupancy, so we started with one and then will layer them as occupancy increases,” said General Manager Cheryl Martin.

While the Kimpton Key West Collection officially launched in March with the debut of Winslow’s Bungalows and Lighthouse Hotel, it subsequently shut down due to the pandemic and reopened in July.

Hotel executives “had to address the order in which the properties should reopen, as well as determine which employees would be recalled, which we did based on seniority,” she said. “We then had to provide our staff with extensive retraining to meet Kimpton’s enhanced COVID-related cleaning standards … ensuring they knew that their own health and safety, along with our guests, is our top priority.”