Viking today officially opened reservations for the general public to book its all-new Mississippi River cruises, which will debut for the 2022-23 season.

As part of Viking Chairman Torstein Hagen’s promised exclusive preview, past guests of Viking were the first to be afforded early-booking opportunities, beginning March 30, 2020, and some departure dates have already nearly or completely sold out.

This latest announcement solidifies the coming of a new milestone for Viking with its arrival on the Mississippi, which has, historically, been perhaps the country’s single most important waterway.

“Our guests are curious travelers, and they continue to tell us that the Mississippi is the river they most want to sail with us,” remarked Hagen when Viking Mississippi’s introduction was announced on March 30, 2020. “The Mississippi River is closer to home for many of our guests, and no other waterway has played such an important role in America’s history, commerce and culture.” 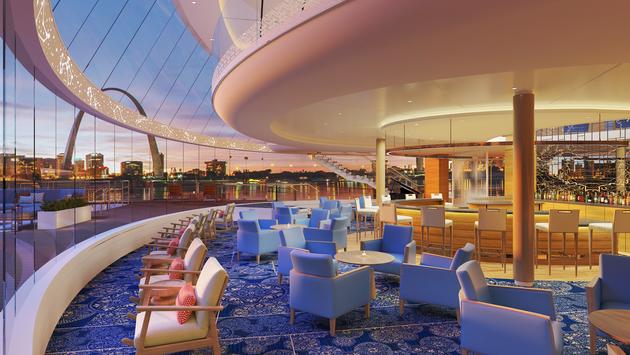 Viking’s evolution as a company has recently kicked into high-gear, with several planned expansions of its fleet and new destination-focused tourism offerings in the works.

A second expedition vessel, the Viking Polaris, will then make her debut in August 2022, sailing to the Arctic regions and Antarctica.

When the addition of Viking Expeditions was first announced in January 2020, Hagen said of the company’s expansion: “We began as Viking River Cruises; then we evolved into Viking Cruises with the addition of ocean cruises; today, we stand singularly as Viking, offering destination-focused voyages on more than 20 rivers, five oceans and five Great Lakes, visiting 403 ports in 95 countries and on all seven continents.”

He also referred to Viking as, “the company that covers the most water systems on Earth.”

Tags: bookings, for, New, Opens, Viking
You may also like:
Recent Posts