Although the vast majority of Minor International’s 540 hotels are temporarily shuttered in the wake of the Covid-19 crisis, the Bangkok-based hospitality group says it could begin reopening select properties as early as this summer.

During a virtual media roundtable on Thursday, Minor International chairman and founder William Heinecke told journalists that globally, only eight or nine of the company’s hotels — scattered throughout South Korea, China, Mozambique and the Middle East — are still “operating in any form or fashion.”

Minor International’s Minor Hotels portfolio, which has a footprint spanning 55 countries, includes the Anantara, Avani, Tivoli and NH Hotels and NH Collection brands, among other flags.

“The first and most important thing is to get into recovery mode,” said Heinecke. “I don’t think anything’s going to happen for the next four weeks, but then I think you’ll see those who have conquered the virus slowly open up. I would hope we could start opening up some hotels in June, at the earliest. That would allow us to start [opening] areas that are clear of the virus, such as China, or areas where the virus is under control, such as Korea and Taiwan.” 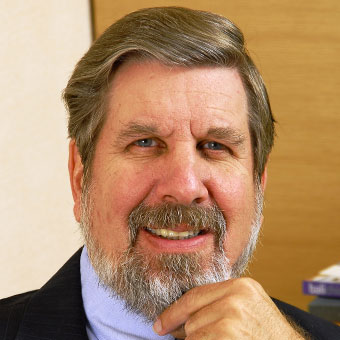 Meanwhile, Heinecke applauded the steps Thailand’s government has taken to curb Covid-19’s spread, including hard-line measures like restrictions on interprovincial travel, a nationwide curfew and a recent 10-day ban on alcohol, intended to discourage social activity.

“It’s so critical to stop this virus,” he added. “If we don’t, we’re going to be sitting in quarantine for many months to come, and that’s going to kill the industry. America still has many states open, and you can still move around. [But that’s] like having a smoking area in a jet. If you allow some people to move about freely, I’m not sure how you can contain a virus.”

Prior to the pandemic, Minor’s NH Hotel Group had planned to debut its first property in North America this spring, the NH Collection New York Madison Avenue in New York. That opening has been put on hold.

Despite such setbacks, Heinecke asserted that Minor International is “barreling ahead” with many of its construction and development plans. Thanks to a relatively uninterrupted supply chain, the company has been able to move forward with several projects, including new Avani properties being built in Khao Lak, Thailand, and in the Maldives.

Additionally, the company expects to move forward with plans to rebrand numerous properties in Europe, which were acquired by Minor’s NH Hotel Group arm earlier this year. Formerly part of the Boscolo portfolio, they include eight hotels in Rome, Florence, Venice, Prague, Budapest and Nice, France, that will be reflagged under the Anantara and NH Collection brands.

“We’re going to go full blast as we recover from the pandemic in Europe,” said Heinecke. [We have] a lot of renovation going on. I think everybody’s taking the opportunity in these slow periods to refresh, provide greater training for staff and get ready for when people come back.”

Tags: hopes, hotels, Minor, reopen, s, to
You may also like:
Recent Posts