The Ritz-Carlton New York, NoMad has officially opened its doors in Manhattan.

The newbuild property, on West 28th street and Broadway in New York’s NoMad neighborhood, draws design inspiration from its location in the city’s Flower District, with floral motifs and seasonal floral arrangements present throughout the hotel. It is the second Ritz-Carlton in New York; the other is on Central Park South.

Chief among the new Ritz-Carlton’s highlights is its culinary programming, with all food and beverage, including in-room dining, helmed by Michelin-starred chef Jose Andres.

Offerings include an outpost of Andres’ Zaytinya concept, which specializes in Turkish, Greek and Lebanese cuisines; Nubeluz, a rooftop venue specializing in cocktails and light bites, including Spanish meat and cheese selections; and the Lobby Lounge and Bar, a first-floor outlet serving coffee and pastries in the morning and champagne and other drinks in the afternoon and evening.

The property has 250 guestrooms, and its highest-end accommodation is
its Ritz-Carlton Suite, on the 37th floor. The 2,100-square-foot suite
features living and dining areas; a dedicated wellness room with a
Peloton bike; a media room; a 194-square-foot, walk-in closet; and its
own service entrance. 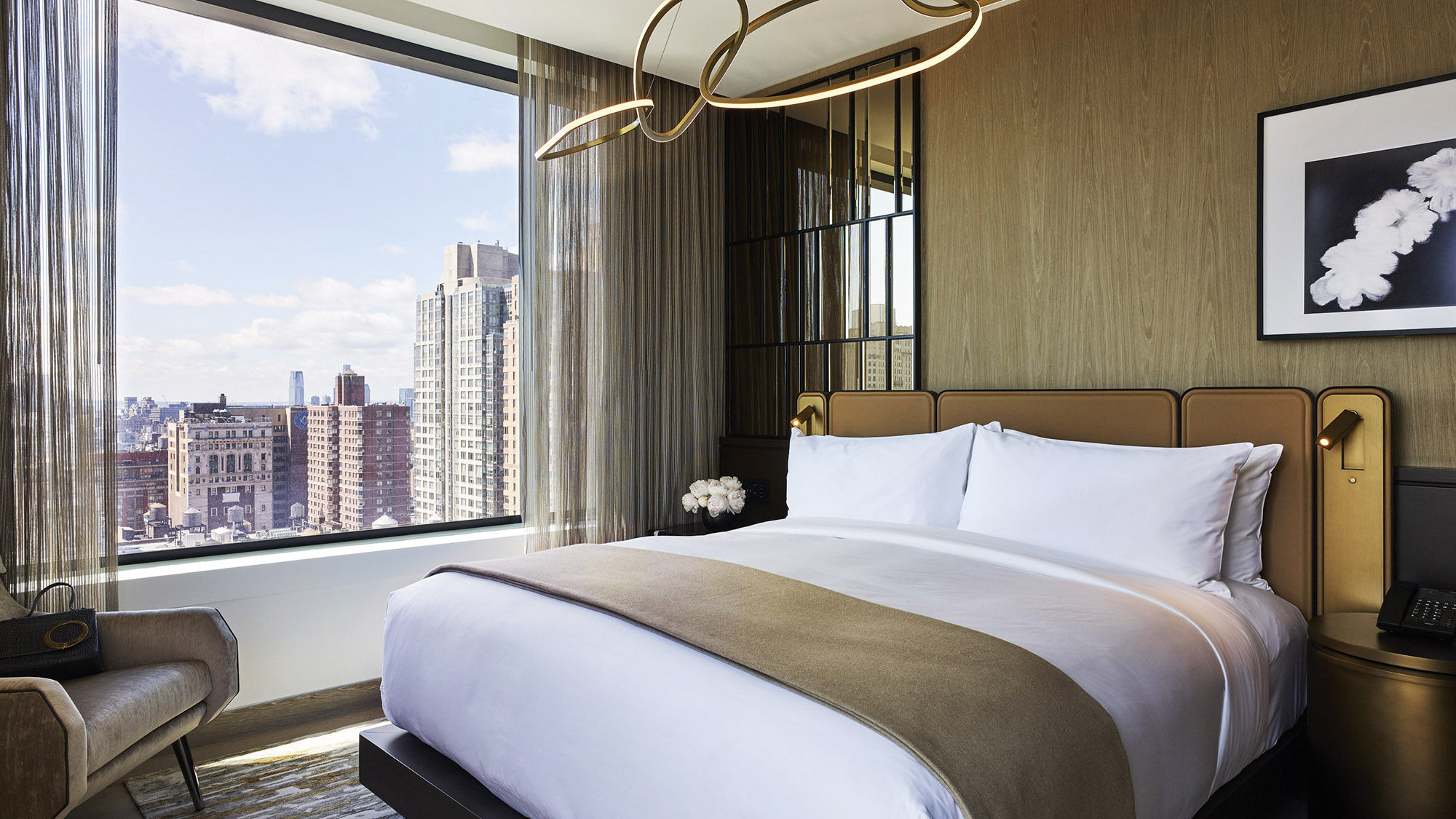 Other amenities include a Ritz-Carlton Club Lounge, which provides dedicated concierge service and other perks to Club Level guests, and a 6,800-square-foot Ritz-Carlton Spa and Fitness Center, featuring eight treatment rooms and separate sauna and steam rooms.